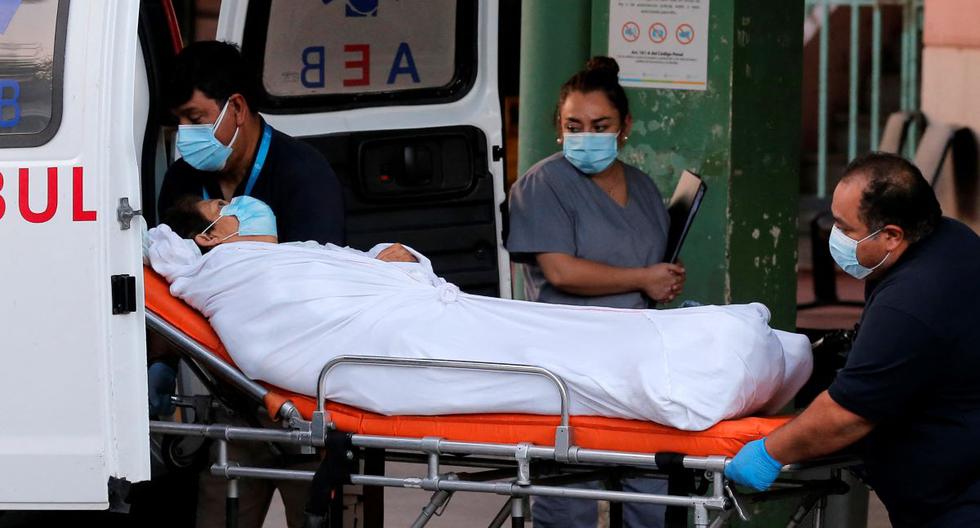 Long considered an economic powerhouse of Latin America, Chile elect this weekend a Constituent Convention to rewrite the Constitution left by the dictatorship, after a severe social crisis.

Here are six things to know about this country of almost 19 million people:

From dictatorship to democracy

On September 11, 1973, General Augusto Pinochet overthrew Salvador Allende, the first Marxist elected president of Chile in 1970. Surrounded by the coup plotters, the president commits suicide in the presidential palace of La Moneda.

Pinochet has led the country with an iron fist for 17 years. His political project defeated in a plebiscite in 1988, he ceded power in 1990 after elections to the Christian Democrat Patricio Aylwin, although he maintained command of the armed forces until 1998.

He died in 2006 without having been tried for human rights violations and embezzlement of public funds committed during his regime, which left more than 3,200 dead and 38,000 tortured. Among these was the socialist Michelle Bachelet, who became the first woman to preside Chile (2006-2010).

After a second term (2014-2018), she now serves as the United Nations High Commissioner for Human Rights.

From protest to reform

After months of street protests over economic and social inequality, Chileans overwhelmingly voted in a referendum in October 2020 to ditch the Pinochet constitution, seen as the mother of social injustices: a partially privatized health, education and pension system.

On Saturday and Sunday, the country’s 14 million voters will elect a 155-member convention to rewrite the Constitution.

Pinochet applied an ultra-liberal economic policy that included the privatization of a large part of health and education. His regime imposed the first completely private pension system.

World’s leading producer of copper, Chile it opened up to the world and promoted exports, becoming in the 1980s the Latin American country that received the most foreign investment.

The economic model, whose great principles are still in force, stood out as the most dynamic in Latin America. The reverse of the medal of the so-called “Chilean miracle” is the persistent inequality among its inhabitants that unleashed a social rebellion in October 2019, channeled through the 2020 referendum and that is now advancing with this election of constituents.

In 2020, GDP fell 5.8%, brought down by the economic effects of the coronavirus pandemic.

Collapse of the Catholic Church

Chile he was shaken by pedophilia scandals within his Catholic Church, very influential in this society that was characterized as one of the most conservative in Latin America.

In a highly controversial visit in 2018, the Pope Francisco he was accused of not having taken action on the complaints.

Divorce was legalized in 2014 and three years later the country ended three decades of absolute prohibition on abortion. Now it is allowed in case of risk of death of the mother, rape or unviability of the fetus.

This long and narrow country of 756,950 km2 stretches for 4,300 km from the northern Atacama desert (the driest in the world) to Antarctica in the south. Chile it is a narrow strip between the Pacific and the Andes Mountains.

Considered the most seismic country in the world, it has also suffered tsunamis. In 1960, the city of Valdivia (south) was devastated by an earthquake of magnitude 9.5, considered the most powerful ever recorded and that killed 9,500 people.

In 2010, an 8.8 magnitude earthquake followed by a tsunami killed more than 520 people. Chile also has several active volcanoes. 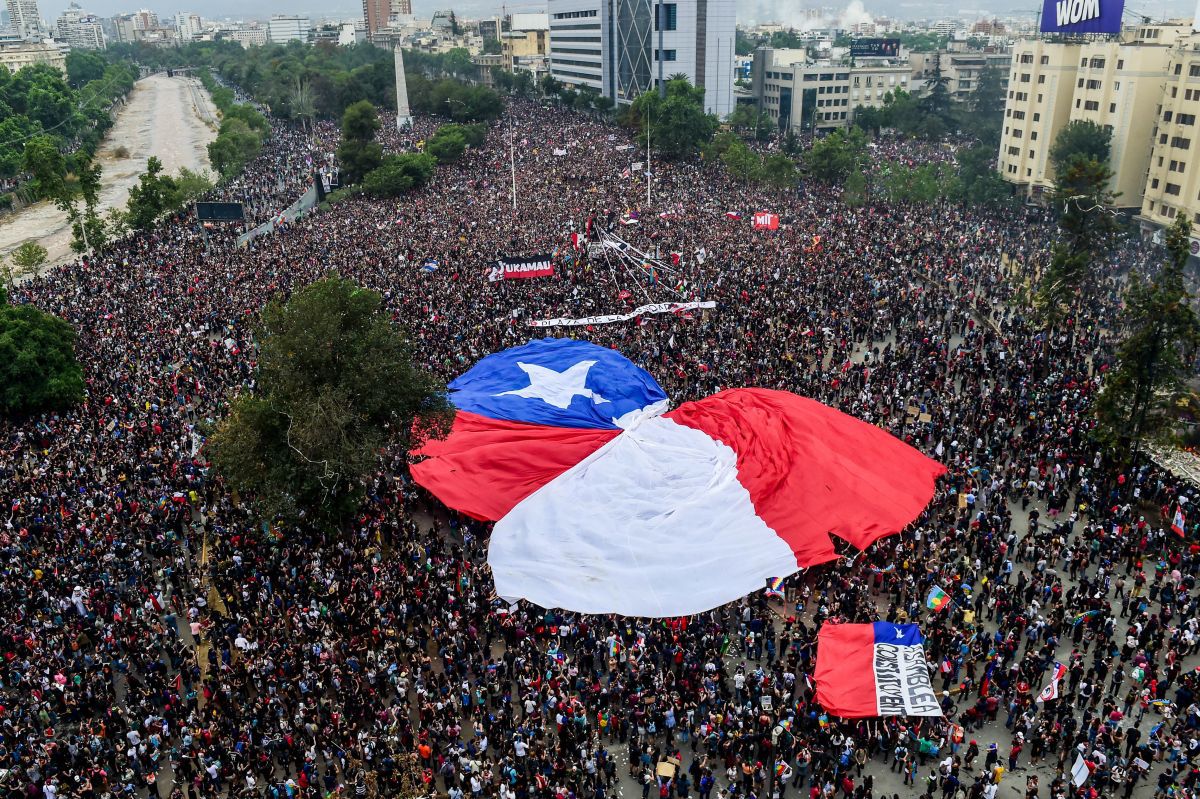 Aerial file photo taken on November 8, 2019 of people demonstrating with a giant Chilean national flag against the government of Sebastián Piñera, in Santiago.

Chile A spectacular destination for star lovers, with a totally clear sky for most of the year, the north of the country is home to some of the most powerful telescopes in the world.

The construction of the world’s largest telescope (ELT) began in May 2017 in the Atacama desert under the aegis of the European Southern Observatory (ESO).

It also has several award-winning poets, including Gabriela Mistral, the first female poet to be awarded the Nobel Prize for Literature in 1945. She was succeeded by the poet Pablo Neruda in 1971. Other internationally known Chilean writers include Isabel Allende and Luis Sepúlveda, who died of COVID-19. 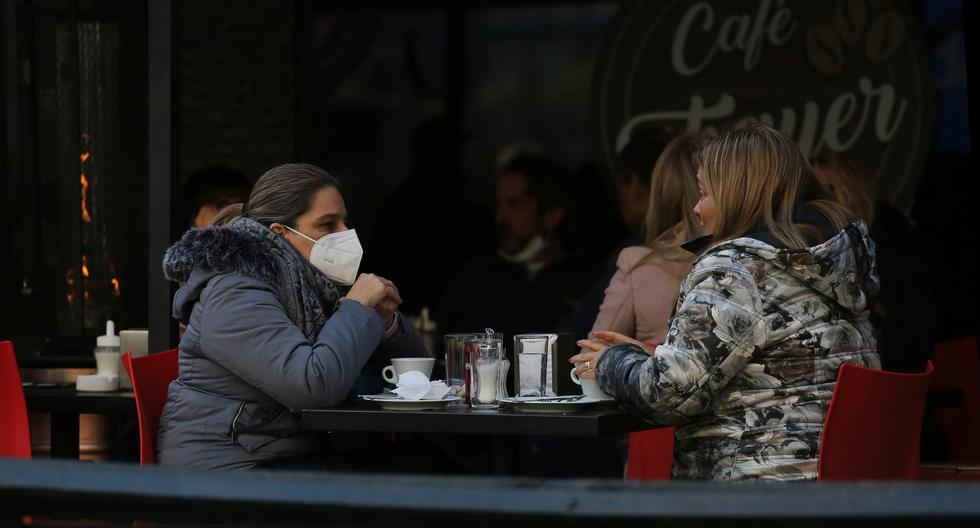 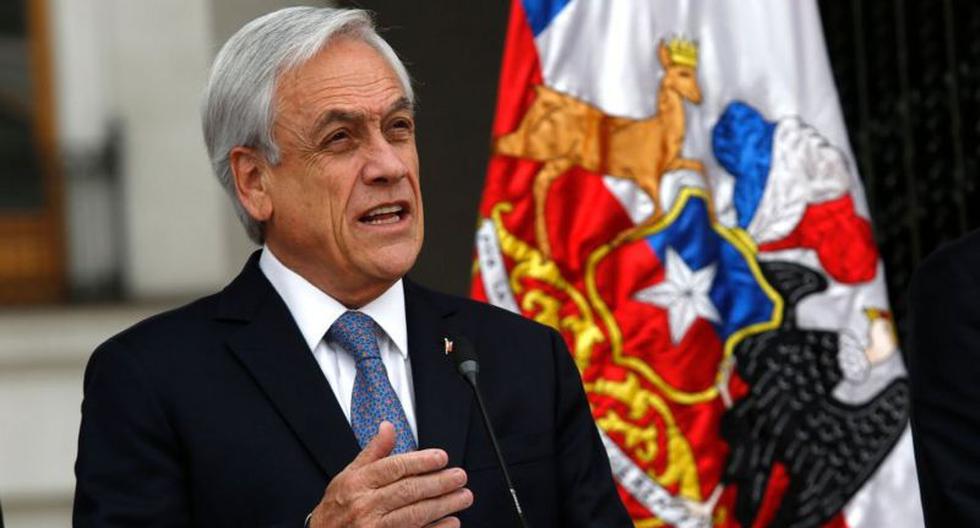 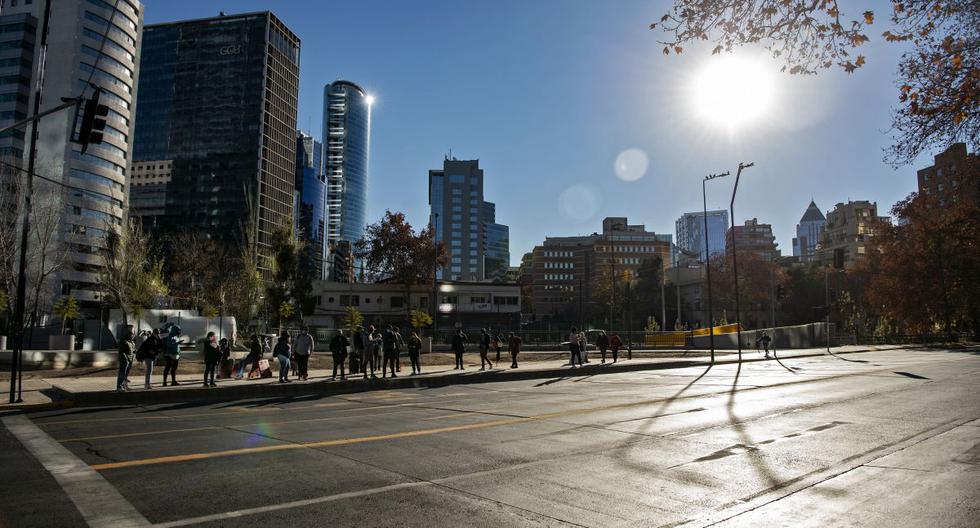