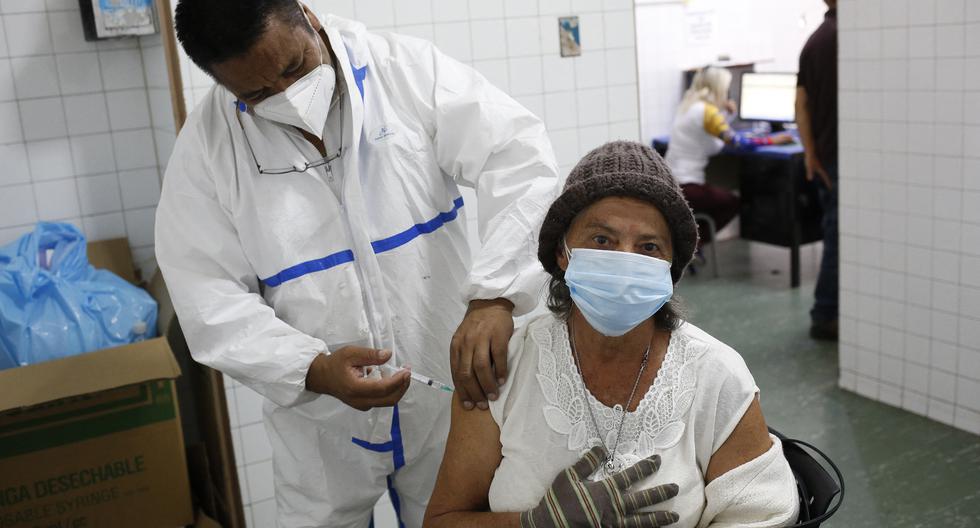 The pandemic of coronavirus keeps rising in Chile despite the successful vaccination process, with 8,867 new cases registered this Saturday, which is the second highest figure since the health crisis began in March last year.

“The highest concentration (of infections) occurs in unvaccinated people in the age group between 23 and 49 years old”, indicated the Undersecretary of Public Health, Paula Daza.

Until now, the record of daily infections during the pandemic was reached on April 9, when 9,171 new cases were registered.

The total balance thus amounted to 1.41 million infected and 29,816 deaths, after registering 120 deaths in the last 24 hours.

Currently, there are also 47,388 active cases (which can infect) and a national hospital occupancy above 95%, with 167 critical beds nationwide.

The long-awaited return to normality is still a long way off despite having vaccinated more than 55.2% of the target population with two doses and with an injection of 73.3%, which is equivalent to almost 11 of the 19 million inhabitants.

“As long as we all get vaccinated, we can continue to protect ourselves”, said Health Minister Enrique Paris, who announced a campaign to motivate the more than 900,000 laggards between 23 and 49 years old.

80% of those vaccinated have received the Chinese vaccine made by Sinovac, which prevents infections by up to 67%, unlike others such as Pfizer, whose effectiveness rises to 95%.

The rise in cases has led the authorities to quarantine a dozen neighborhoods again as of next week, several of them from the capital, which had managed to abandon the confinement that was decreed in March for more than 90% of the population.

Since then, the country has kept the borders closed, the curfew from 10 p.m. to 5 a.m. and cinemas, museums and sports facilities closed in most of the country.

In the midst of this scenario, a vaccination card was issued last Wednesday that grants greater freedom to those who have completed their vaccination schedule 14 days or more ago, and that allows travel between regions, except for those who live in confined neighborhoods.

The measure was not without controversy: while for some it represents a respite after the strict quarantines that triggered the mental health indicators and marked the end for thousands of businesses, others, especially voices from the medical community, estimate that this is not the time adequate epidemiological.