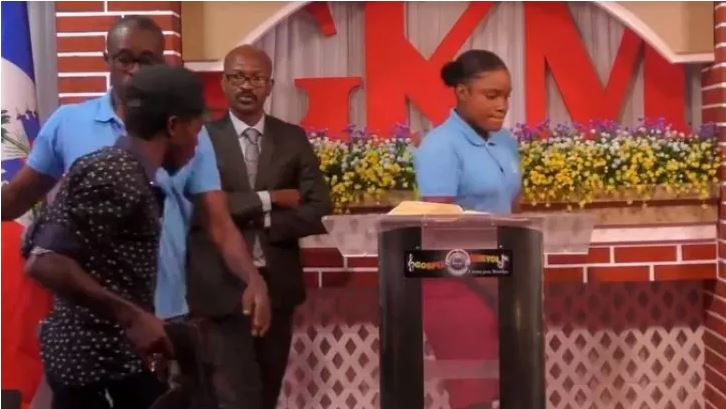 Four Christians kidnapped in Haiti while offering a live service

The US diplomat will try to defuse the crisis with Moscow over Ukraine when he meets the Russian foreign minister in Geneva this week , after visiting Ukrainian leaders in Kiev and European officials in Berlin.

US Secretary of State Antony Blinken will travel at a time when Ukraine and its Western allies are concerned about the tens of thousands of Russian troops stationed in and around Ukraine.

The United States does not want a conflict. We want peace,” a senior US State Department official said on Tuesday.

(Russian) President Vladimir Putin has it in his power to take steps to de-escalate this crisis so that the United States and Russia can pursue a relationship that is not based on hostility or crisis,” the official told reporters.

Russia has denied that it is planning a new military offensive.

Blinken will meet with Ukrainian President Volodymyr Zelenskiy and his Foreign Minister Dmytro Kuleba on Wednesday.

He will then meet German Foreign Minister Annalena Baerbock in Berlin and later the transatlantic quartet, referring to a format involving the United States, Britain, France and Germany.

Blinken “will discuss recent diplomatic engagements with Russia and joint efforts to deter further Russian aggression against Ukraine, including the readiness of allies and partners to impose massive consequences and serious economic costs on Russia,” the State Department said in a statement. release.

Blinken will meet Russian Foreign Minister Sergei Lavrov in Geneva on Friday to seek a diplomatic solution with Moscow, the official said.

Blinken spoke with Lavrov on Tuesday and urged de-escalation , the State Department said in a separate statement. The official noted that the two decided on the call that it would be helpful to meet in person.

Despite diplomatic engagements this month, the United States has yet to see Russia de-escalate and Moscow could launch an attack on Ukraine any time in January or February, the official added.