Much of the millionaire funds raised by taxes are for education

This was announced by Governor Kathy Hochul, who stressed that the state is the leader in the entire nation since the online gaming system was approved a year ago. An additional $200 million in license fees were also raised, bringing a total of more than $909 million in revenue, with the majority of the amount raised going to education.

“In just one year, New York has become a national leader in providing responsible entertainment to millions of people, while generating unprecedented revenue for education, youth sports and problem gambling prevention,” he said. Governor Hochul.

According to GeoComply, a software company used by sportsbooks to ensure geolocation requirements, more than 3.8 million unique player accounts have been created since its launch in January 2022, making more than 1.2 billion transactions.

New York State Gaming Commission Chairman Brian O’Dwyer said, “Thanks to Governor Hochul’s leadership and enactment of smart and responsible gaming policies, New York continues to break revenue and gambling records. As we enter the second year of mobile sports betting in New York State, the Gaming Commission will continue to ensure that such bets are conducted in a safe and responsible manner.”
The first anniversary of mobile sports betting in New York was celebrated last Sunday, January 8th. As of January 7, total mobile sports betting reached $16,595,732,482 and generated a total net income for education of $709,247,358.

For fiscal year 2023 (April 1, 2022 to March 31, 2023) and annually thereafter, revenue from mobile sports betting is distributed as follows: $5 million to fund sports programs for underserved youth, $6 million to fund problem gambling education and treatment, with the majority remaining to fund education aid.
New York State Office of Addiction Services and Support Commissioner Chinazo Cunningham said, “OASAS appreciates the continued partnership with the Gaming Commission to educate the public about responsible gaming and provide resources to those in need. The additional revenue generated will help ensure that we have a robust system of programs and services to address the needs of individuals, families, and communities across the state.” 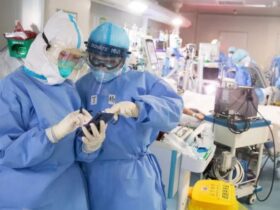