Montserrat Caballé was considered one of the most important sopranos of the 20th century worldwide. 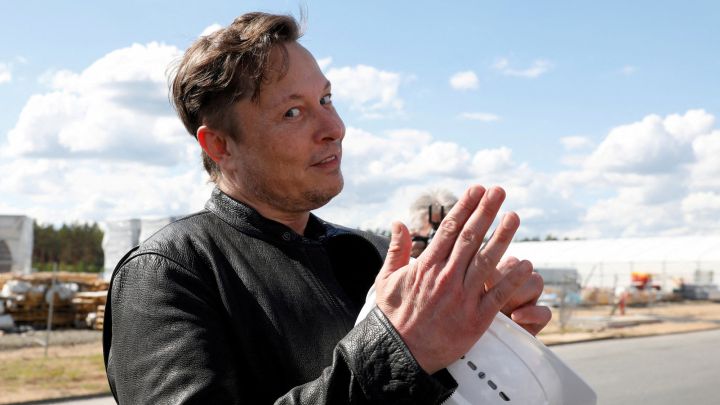 Elon Musk explains why he has no home

Google celebrates this Tuesday the 89th anniversary of the birth of Montserrat Caballé with a Doodle at the height of the situation. In this way, and as usual every time they honor any person or cause, those responsible for the most important search engine in the world have replaced their famous logo for a few hours to give visibility to one of the most important sopranos of the 20th century. international level. But not only in Spain. As shown on her website dedicated to these reasons , this tribute is also available in other countries such as Greece, Germany, Sweden, Lithuania and the United States.

Google’s ‘doodles’ are a tool available to the electronic giant to honor the different events that take place in the analog world. Since Larry Page and Sergey Brin developed the first of them to celebrate the Burning Man Festival in 1998 , when they modified the logo of the famous search engine for one adapted for the festival, the company has used this resource to recall great events. From the celebration of the Olympic Games to anniversaries such as that of international artists such as Freddie Mercury or national artists such as the clown Miliki or the singer and dancer Lola Flores .

This April 12 revolves around the historic Montserrat Caballé. And it is that, as the famous search engine reflects, this Tuesday would be 89 years since her birth in Barcelona. And we say that they would be fulfilled because she died in 2018 at the Hospital de Sant Pau in Barcelona at the age of 85 due to problems related to the gallbladder. After a lifetime in Barcelona, ​​where she came to interpret the mythical anthem of the 1992 Olympic Games with Freddie Mercury, the soprano died in the same city that saw her grow up after spending several months in hospital for a ailment that she suffered from for a long time.

In the image in question, which replaces the original logo of the famous search engine until the end of the day, we can see the singer performing one of her most characteristic works. But, what has led Google to honor Montserrat Caballé in its famous search engine? Born into a modest family on April 12, 1933 in the Gracia neighborhood of Barcelona, ​​Montserrat Caballé Folch has been interested in music since she was very young. Precisely, it was her mother who gave her her first musical training before she entered the Liceo Superior Conservatory of Music at the age of 11 with a scholarship first and with the support of her patron after her.

Several years later, specifically in 1955, the artist made her first stage debut singing the title role of La serva padrona , by Giovanni Battista Pergolesi, at the Fortuny Theater in Reus . After this performance, which would be followed by a second of hers in Valencia playing the same role, Caballé joined the Basel Municipal Theater company and began to show her power internationally. Among other roles, the soprano would play Mimí in La Bohème . After a few early years in which she specialized in bel canto, the artist surprised the world at Lucrezia Borgia’s concert at Carnegie Hall in New York. Despite the fact that she came as a substitute for Marilyn Horne, the Catalan ended up putting the public in her pocket with her powerful voice.

His performance in this function would lead him to sneak into the leading voices of opera worldwide. In fact, and from then on, Caballé would begin to sing in some of the most important works on an international level. From Norma, Salomé and Violeta to Marschallin, Semiramide or Isolde. But not only that. Also to forge great relationships with artists of the stature of Freddie Mercury, together with whom she would compose the Barcelona album from which the official anthem of the Barcelona Olympic Games in 1992 would come out. In this way, Montserrat Caballé became one of the sopranos most important in history.