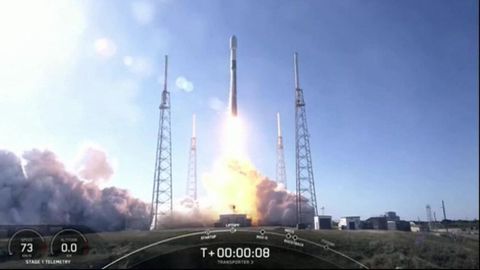 Earlier this year, it suddenly became clear what a subversive force WeChat could become. It happened on April 22, when the city of Shanghai was literally closed due to a resurgence of Covid. A black-and-white video quickly went viral among the more than 1 billion Chinese users of the social media platform owned by Tencent, China’s largest internet company. For six minutes, as a camera panned the Shanghai skyline, it showed an audio montage of babies crying after being separated from their parents in quarantine, residents complaining of hunger, apartment dwellers banging bins, a mother desperately searching for medicine for her son. “The virus is not killing people, hunger is,” shouts one person. It was a disturbing and dystopian scene.

As Lulu Yilun Chen recounts in her book, Influence Empire: The Story of Tencent and China’s Technological Ambition, China’s web censors quickly blocked the video, though some netizens tried to challenge them by posting it upside down. It was a rare time when WeChat (Weixin within China) was used to express people’s anger and pain, instead of the softer things (swanky dinners, sunset clouds) that people usually post. WeChat is Tencent’s flagship product, a “Swiss Army Knife” of a super app, offering messaging, search, transportation services, food delivery and other applications on a single platform. But in a paranoid regime, his power is also a threat.

The new superpower. Which are the Chinese giants that will dominate the corporate world

It’s not hard to imagine how much the episode must have baffled Tencent executives. Since the beginning of 2021, its value has plunged by more than three-fifths, to $365 billion, amid the Communist Party’s crackdown on the consumer technology industry. It is a firm that in many ways debunks stereotypes about China and offers lessons to Silicon Valley. Like other tech companies in China, it has been under pressure to give in to the whims of President Xi Jinping. This factor threatens its reputation in the West, where it is a big investor in games (among other businesses) and where it wants to expand its reach.

Tencent is not an easy company when it comes to chronicling. Other tech giants, including its Chinese nemesis Alibaba, have been the subject of riveting blockbusters. Before Chen’s book, the only corporate biography of Tencent was one authorized by Wu Xiaobo, a management academic, published in Chinese in 2016. Wu began by lamenting that he had not been able to find the secret of Tencent’s success despite the more than 60 interviews with senior executives.

A big problem for any biographer is the company’s founder, Huateng “Pony” Ma, known for his low profile. He is a learned engineer who seems to hate the sound of his own voice. Chen, a Bloomberg reporter who has covered China’s tech companies for a decade, has only spoken to him once, as part of a group of reporters in 2015.

It turns out that Ma’s reticence is a source of strength, not weakness. What he lacks in outward charisma, he makes up for in ironclad toughness (“Either you wait for someone to kill you or you kill yourself first,” is how he describes the company’s constant reinvention efforts). The lack of a dominant personality allows others to flourish, for example, Allen Zhang, creator of WeChat, who is equally shy, but so competitive that he is a video game master and a golf champion. Most important of all, keeping a low profile has kept Pony Ma personally out of the kind of political trouble Alibaba co-founder Jack Ma (no relation) has been in, though it hasn’t kept Tencent out of the game’s line of action. fire government.

The day of technoindependence. China’s plan to no longer depend on the West

Without rigid hierarchies, Tencent can let internal competition run wild, especially when it comes to creating innovative new products. In his book, Wu describes this as “internal horse racing” (“Ma” just so happens to mean “horse” in Chinese). He says that almost all of Tencent’s transformative ideas, including WeChat, come from competing second-tier teams, not from the top brass. Like many Chinese companies, Tencent has often been accused of plagiarism. But their modus operandi is to make rapid, incremental innovations that create blockbusters.

Ma’s decentralized approach to how Tencent deploys capital has been equally astute. According to Chen, the company has made some 800 investments around the world. More than 120 of these firms have become “unicorns” worth more than $1 billion. It owns Riot Games, the franchise behind the League of Legends game, and has large holdings in Fortnite creator Epic (another super-hit game), Meituan (a Chinese delivery app), Didi Global, (a private transportation giant , as well as many other pioneers like Spotify and Tesla. It prides itself on taking a hands-off approach to its minority investments. As Chen says, it has become an incubator for startups, not a killer of potential competitors.

In short, his book, and Wu’s on which it is based, paint a picture of a company whose executives are fascinatingly idiosyncratic and nearly as obsessed with products and design as Steve Jobs, the late co-founder of Apple. The problem is that China’s domestic politics and the messy Sino-US clash make it hard to be confident about the future.

The first problem is internal to China. Tencent is embedded in almost every aspect of Chinese society. It earns money from app fees, traffic (via advertising), and transactions (such as the sale of virtual goods to players), as well as cloud computing. This has overexposed him to government technology. Xi’s crackdown on internet companies has hit his gaming division, his fintech plans and local investments like Didi. He has to vigorously censor himself.

He can hope that overseas expansion will help offset his problems in China. For example, he has plans for the global distribution of Honor of Kings, whose popularity in the country has already made it the biggest mobile game in the world. But the more he has to engage with the Chinese government to stay safe, the more his products like WeChat, as well as his games, risk arousing hostility from Chinese hawks in the United States. As Sino-American tensions worsen, that is a game no one can win.