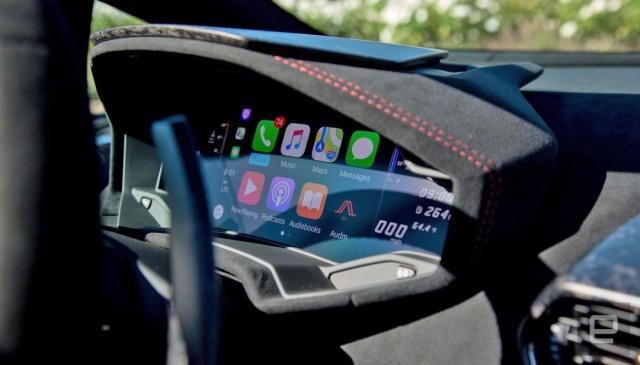 C1 (provisional) chip for Apple car is based on A12, analyst prediction with eye tracking implementation –GLM

Epic Games will be producing an animated film about Gilgamesh, the god of the Underworld in Mesopotamian mythology, with the Unreal Engine graphics engine.

Through the Epic MegaGrants program, the American publisher Epic Games plans to provide financial support to the tune of $ 100 million for the Latin American animation studio Hook Up and the Argentine companies DuermeVela and FilmSharks who are developing a feature film using Unreal Engine technology to retrace the exploits and adventures of the king Gilgamesh, a heroic figure of ancient Mesopotamia, as well as his rivalry with Enkidu.

Guido Rud, CEO of FilmSharks, said: “It is an honor to see Epic Games supporting Gilgamesh through the Epic MegaGrants program. While the animation has done a great job of entertaining through comedy and colorful creatures, there is also a huge appetite and an opportunity to share cultural stories and tell larger-than-life mythical tales.”

A trailer for Gilgamesh

“Four thousand years ago, one of the oldest and most epic tales in history took place, namely the story of Gilgamesh, king of Uruk, the grand fortified city he founded, also called ‘The Father of All Heroes’. This powerful monarch, son of a king and a goddess, tormented the inhabitants of his city, until they grew weary of his abuses and implored the gods to stop him. In response, the deities created Enkidu, a being as powerful as Gilgamesh, his equal, to face him with the limits of his power. By telling the story of Gilamesh’s quest for immortality, we will enter into a powerful and timeless story, a universal drama with the charm of a mythical tale.”

Epic Games in cinema is just the start

Gilgamesh’s Latin American partners will also use MegaGrant for potential future projects using the Unreal Engine graphics engine. The program is designed to support creators who use the suite of real-time 3D tools to create photorealistic visuals and immersive experiences. The technology’s ability to create virtual sets has recently been used by LucasFilm on The Mandalorian as well as Jonathan Nolan and Lisa Joy on Westworld. Note that the animated film Gilgamesh, which will have English and Spanish versions, will be directed by Argentine filmmaker Tomas Lipgot, who recently produced the feature film The Adopters (Sony Pictures Television).