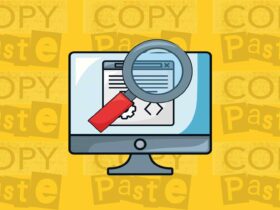 Can Plagiarism Be Detected on PDFs?

When Samsung launched its Galaxy S21 range a few months ago, the South Korean giant had integrated the compatibility of the S Pen with its phones. This was a first for the brand’s smartphones as, until now, only the Note range was entitled to it. That being said, the configuration is not ideal insofar as you cannot “store” the stylus as in the smartphone on a Note.

This means that users who want to use the stylus have to carry it separately, which, admittedly, increases the chances of losing it. This could change in 2022. Indeed, if we are to believe a series of photos obtained by Front Page Tech, it seems that, on the Samsung Galaxy S22 Ultra, the company has decided to integrate a dedicated slot for this S Pen.

With a slot for the S Pen

This finding would also suggest that the stylus might ship with the phone, which is good news for users who might otherwise have been hesitant to purchase it separately. It also seems that, in order to accommodate this storage location for the stylus, Samsung had to make its phone slightly thicker. One of the consequences, it seems, is to remove the protuberance for the rear camera, which is not bad.

No one knows, at the moment, how pronounced this overweight will be once the smartphone is marketed, but again, current phones are really very thin. Even if it had to be thicker, it wouldn’t necessarily be a bad thing, it could make the grip more efficient on a daily basis. And in terms of weight, the difference could be minimal. The Galaxy S22 range is expected to launch in early 2022, but Samsung has yet to confirm anything.