What happened in the 44th minute of the cup derby between Inter and Milan on Tuesday is already part of Italian football history. A sad part, by the way. In a moment of tension of the two sets, Ibrahimovic and Lukaku began to talk to each other. It is not known how the face-to-face began, but the first sentences that are heard are those of the Swede: “Call your mother, go do your voodoo shit, little donkey.” 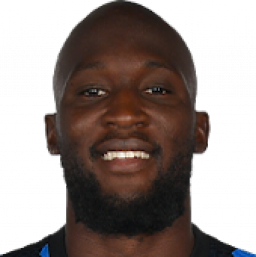 The rossonero referred to the statements of Farhad Moshiri, owner of Everton, according to which, in 2018, the striker decided to leave the club “because his mother made a voodoo that gave him this message.” A story that the Belgian always denied and that made him lose his papers at San Siro. The striker sought physical contact with his opponent and, before the break, yelled at him, among other things: “Why are you talking about my mother? F–k you, you and your wife.” The brawl went around the world, and although both technicians tried to take fuel from the matter, it revealed the fire under ashes between the two players, whose coexistence at Manchester United was not easy.

A little over a year ago, however, Zlatan spoke well of his former partner in an interview with ‘La Gazzetta dello Sport’, revealing that he bet to give him “50 pounds for every successful ball control” to “improve him as a footballer”, and that Romelu “has an incredible desire and at Inter he will do great.” The big question, now, is what consequences that ugly scene will have. The Belgian will already miss the Cup semi-final: he was warned and was cautioned during the fight.

Zlatan, for his part, was sent off in the second part of the crash. More sanctions could come, but we will have to wait until Friday, when all the Cup quarterfinals will be completed. The Federcalcio prosecutor’s office does not rule out opening an investigation by analyzing the images: in case of racist insults, the punishment would be at least 10 days for Ibra for his part, although he made his position clear with a tweet: “In my world there is no place for racism: we are all the same, all players.” With another taunt to Lukaku: “Some better than others”.