Alcaraz debuts with victory in his first Grand Slam

The federation announced the deals, which will run through 2028, with the unions of both teams on Wednesday after years of negotiations and the resolution of a gender discrimination lawsuit brought by a group of female players in 2019.

That deal was contingent on the U.S. federation getting labor contracts that offered equal pay and bonuses for the two teams, and another major sticking point in the talks was World Cup money based on how far it goes. a team in the FIFA international tournament.

While the USWNT has won back-to-back titles and far outclassed the USMNT, the differences in prize money meant they were paid much less than the male winners.

But now the unions have agreed to pool FIFA payments for the men’s World Cup in Qatar later this year and in 2026, plus the women’s World Cups in 2026 and 2027, at the same time the women gave up guaranteed base salaries of $100,000. for many.

Going forward, each player will receive matching play-in fees, as the USSF claims to be the first federation to pool its FIFA prize money in this way, and there will be identical play-in bonuses for minor tournaments in North America, plus participation fees and equivalent performances. payments for friendlies.

Previously, the USSF based its bonuses on payments from FIFA, and the world governing body increased the total prize money to $440 million for Qatar 2022.

For the 2023 edition of the Women’s World Cup, FIFA President Gianni Infantino has proposed doubling the women’s prize money to $60 million, with the USSF pooling the funds from FIFA after taking 10% and then will divide the rest equally among 23 players from each team for 2022. and 2023.

Celebrating the win, USA Women’s team forward Margaret Purce said she felt “A lot of pride for the girls who are going to see this grow and recognize its value instead of having to fight for it”.

“I think we’ve overcome some of the conditions that can feel like we’ve lost something, but now our [professional] the league is actually strong enough that now we don’t need as many guaranteed contracts, you know, we can be on more of a pay-to-play model.” Purce also said.

“We saw it as an opportunity, an opportunity to be leaders on this front and unite with the women’s team and US Soccer. So we’re excited that that’s how we were able to close the deal.” defenseman Walker Zimmerman said.

Other parts of the deals include childcare being extended to men during training camps and national team matches, as well as women and men also receiving a share of match ticket revenue. , broadcasters, associations and sponsors controlled by the USSF.

“There were times when I thought it was all going to fall apart and then it came back together and it’s a real credit to all the different groups that came together, negotiating at one table.” said USSF president Cindy Parlow Cone, who also once played for the women’s national team.

“I think that’s where the tipping point really happened. Before, trying to negotiate a CBA with the women and then turning around and negotiating the terms of the CBA with the men and vice versa was really challenging. I think the real turning point was when they were finally all in the same room sitting at the same table, working together and collaborating to achieve this goal.” she finished.

“Together with the USWNTPA, the USMNT players achieved what everyone said was impossible: an agreement that provides fair compensation to USMNT players and equal pay and working conditions for USWNT players.” Levinstein explained, insisting that the new USSF leadership should get “tremendous credit for working with the players to get these deals done”.

This latest development comes after the USSF was ordered to pay $24 million to settle a discrimination lawsuit with a group of past and present USWNT stars, an amount that a former USWNT goalie criticized as being too low. .

As part of their deal, the group of players will split $22 million, which was about a third of what they originally hoped to seal, with the additional $2 million used to establish a fund to help players navigate their careers afterward. of soccer. and women’s sport to grow. 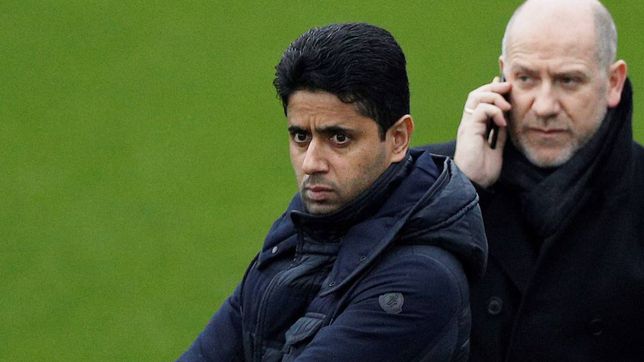