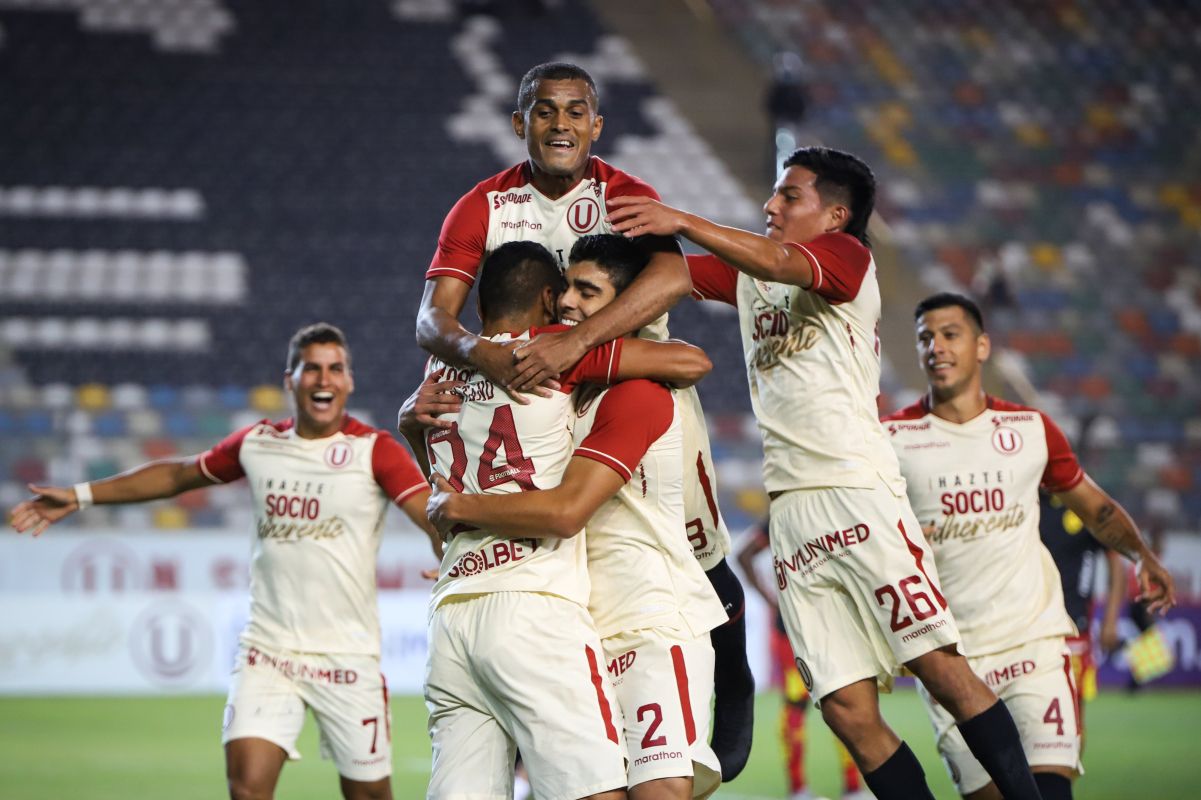 This Sunday, November 20, the long-awaited Qatar 2022 World Cup began, the first edition of the competition to be held in an Arab country in the Middle East. At the opening ceremony, large inflatables of the official mascots from previous years could be seen, while images of those tournaments were projected in the background, including some with Diego Maradona in front. In the middle of the parade there was an appearance that caught the attention of the public: that of the “Gauchito”, the mascot of Argentina 1976.

In any case, the most applauded was this year’s La’eeb, which has a peculiarity: after four editions in which animals were chosen to play this role, this time, it represents an object. It is a turban, a characteristic garment of the culture of the Middle East. In addition, his name is in Arabic and means “skilled player”.

“We are delighted to introduce La’eeb as the official mascot of the first FIFA World Cup to be played in the Middle East and the Arab world. I’m sure fans around the world will love this cheerful and fun character who will be essential in helping us attract fans of all ages to the fantastic experience of this Cup,” said Khalid Ali Al Mawlawi, Deputy General Manager of Marketing. , Communication and Experiences of the Supreme Committee for Organization and Legacy, during the draw for the World Cup that took place in April of this year. There a video was shown where the new pet was presented and you could see those from previous years.

It should be remembered that, in the history of the World Cup, the adoption of an official mascot was made in 14 of the 22 editions. Then, one by one, what were they?

The first of all was Willie, a lion who wore a t-shirt with the colors of the English flag and the phrase “World Cup” on the chest. His success was such that, since then, a mascot has been adopted every year for each edition of the competition.

Juanito was a boy who wore the uniform of the Mexican soccer team, with a green shirt. In addition, he wore the typical hat of the North American country in which the phrase “Mexico 1970” was read. He was one of the protagonists of the first World Cup to be broadcast in color.

In that case, there was not one pet, but two. Tip and Tap were brothers and both wore the regular uniform of the German national team. Tip had the letters WM, the abbreviation for Weltmeisterschaft (“World Cup” in German), written on his shirt; meanwhile, Tap had the number 74, in reference to the year of that edition. This was the first time that there was more than one character as an official mascot.

The official mascot of Argentina 1978, the only World Cup that took place in the country, was Gauchito, who was initially called “Mundialito” but is recognized worldwide with that name. He wore the uniform of the national team with the Albiceleste shirt. In addition, in homage to the national tradition, he wore a yellow scarf around his neck, a whip and a hat with the phrase: “Argentina 78 ″.

For the first time in history, in the 1982 World Cup the mascot was not a person, but an inanimate object. Naranjito was a smiling orange in the uniform of the Spanish team.

In 1986, Mexico became the first country to have two World Cup mascots. Following in the footsteps of the 1982 World Cup in Spain, it was again a gastronomic object: Pique was a jalapeño with a mustache who wore the Mexican shirt and a hat.

The mascot of the 1990 Italy World Cup was a human figure made with blocks of colors of the Italian flag and, instead of a head, he carried a soccer ball on his shoulders. It was called Ciao, an informal greeting characteristic of the country.

The United States mascot was created by the animation studios of Warner Bros. Striker was a dog that wore a football team with the colors of the American flag and on the shirt you could read “USA 94″.

Following the tradition of the first official mascot of England 1966, France adopted Footix as its representative. It was designed by Fabrice Pialot, who won a competition among the most prestigious design agencies in France. It was a rooster in the colors of the French flag carrying a soccer ball in his hand.

For the first World Cup to be held in more than one country, three mascots were chosen: The Spheriks, who were called Ato, Kaz and Nik and were semi-transparent futuristic beings. The first was the coach and the other two were Atmoball players, a fictional sport similar to soccer. The three starred in a television series that sought to promote the tournament.

The lion Goleo VI -who wore the German national team shirt- and a talking ball called Pille were the mascots of the World Cup that was played in German territory. They caused such a furor among the fans that, on the official FIFA website, they were chosen as the best characters in the history of the competition.

For the first World Cup to be held on the African continent, a yellow leopard with green-painted head hair was adopted. He was carrying a ball and a white t-shirt with the words “South Africa 2010″ on it. His name was Zakumi, a name made up of the acronyms that represent South Africa according to the ISO code, and “kumi”, which means “10 ″ in several African languages. His official motto was “Zakumi plays fair”.

Fuleco was the winner of a vote in which the mascot could be chosen between this one, Zuzeco and Amijubi: those that were left out. This character was an armadillo with the colors of the Brazilian flag wearing a T-shirt with “Brazil 2014” on his chest. His name combines the words “football” and “ecology”.

Finally, Russia had Zabivaka as its official mascot, a white wolf who had a uniform with the colors of the Russian flag and on his chest he bore the phrase “Russia 2018 ″. Also, he was wearing sports glasses. His name means “little striker” in Russian. He was also chosen by vote, where more than a million people participated. The designer of the mascot was a student named Ekaterina Bocharova.