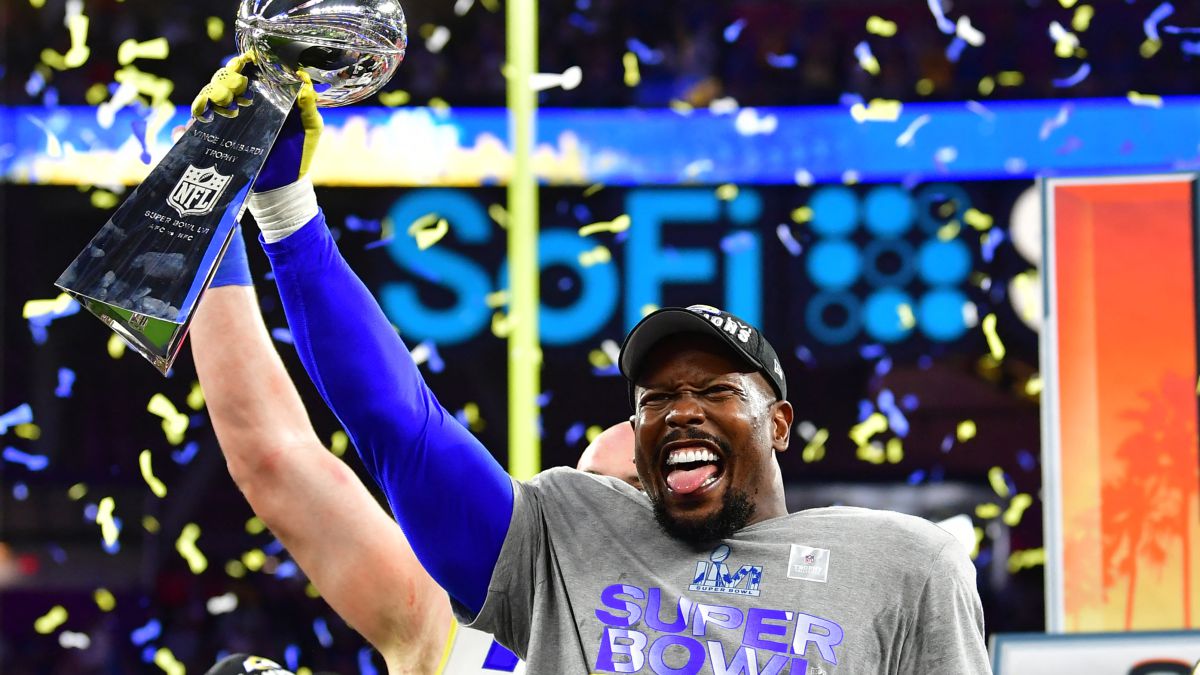 How much money does a player earn for winning the Super Bowl?

American Katie Ledecky extended her personal best for medals as Australia set a world record in the 4×100-meter freestyle mixed final at the world swimming championships on Friday.

Ledecky won the 800m freestyle final for the fifth time at worlds to seal his fourth consecutive triple of 400/800/1,500 in the event.

The American star clocked eight minutes, 8.04 seconds to finish more than 10 seconds ahead of his closest rival. Australia’s Kiah Melverton was 10.73 seconds behind in second place and Italy’s Simona Quadarella 10.96 seconds behind to take third place.

It is Ledecky’s 19th world championship gold and his fourth this week, including gold in the 4×200 freestyle relay.

Her 22 medals are the most for a female swimmer in world championship history. Only Michael Phelps, who won 26, has more.

Australia’s mixed relay team of Jack Cartwright, Kyle Chalmers, Madison Wilson and Mollie O’Callaghan posted a time of 3:19.38 in the 4×100 to shave two hundredths of a second from the record set by the United States at the last worlds in Gwangju , South Korea, in July 2019.

“I don’t think there’s been any mention or expectation or even thought about being able to break that,” Wilson said. “So to do that and see that at the end was just amazing and a real surprise for us.”

The Canada team of Joshua Liendo, Javier Acevedo, Kayla Sanchez and Penny Oleksiak finished 1.23 behind the Aussies to take silver and the US team of Ryan Held, Brooks Curry, Torri Huske and Claire Curzan was third, 1. 71 behind.

Canada’s silver was the country’s ninth medal this week, eclipsing the eight it won in Gwangju.

Ben Proud claimed Great Britain’s first gold at the championships, winning the men’s 50m freestyle in a time of 21.32 seconds, 0.09 ahead of American Michael Andrew and 0.25 ahead of France’s Maxime Grousset.

“Today we are missing quite a few key elements in the group,” Proud said, referring to the absences of Caeleb Dressel, Florent Manaudou and Bruno Fratus. “The entire podium from last year’s Olympics was not in the final.”

Dressel was scheduled to compete but withdrew from the world championships for unspecified reasons on Wednesday.

“It’s not the same without him,” Proud said. “As soon as he came out, that changed the dynamic of the competition quite a bit. A lot of people had a different kind of pressure.”

Dressel, the world record holder, was also not in the 200 butterfly.