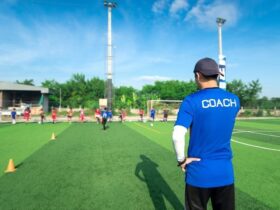 The Professional Scope of Coaching Career and Emerged Iconic Coaches

This Thursday, September 8, another NFL season will begin, with great expectations for what will be the meeting between the Los Angeles Rams and the Buffalo Bills. The game will take place at SoFi Stadium, home of the Rams, a team that hopes to start the campaign on the right foot to seek the revalidation of their title, however they do not have an exam that is not easy at all.

The so-called “kickoff” between the Rams and the Buffalo Bills takes place in a stadium founded in 2020 and which has a capacity for 70,000 spectators. The match is expected to be played to a full house with the fans turning to the locals.

Ups and downs of the Rams and Buffalo Bills

The Los Angeles Rams start this campaign without the presence of players like Von Miller, Darious Williams, Andrew Whitworth, Sony Michel and Robert Woods, from whom the team got rid of. However, they have been able to make up for losses with important acquisitions such as Bobby Wagner, Allen Robinson and Troy Hill.

For their part, the Buffalo Bills will start without Tre’Davious White, who has undergone cruciate ligament surgery. Similarly, they have added figures of the stature of Von Miller and Jamison Crowder. It will be a significant meeting for Von Miller who will be in charge of his former team and will play in his old house, given this reality he expressed before the game that he could never hate the Rams.

As is known and mentioned above, the Rams are the current NFL champions, last season they ended up beating the surprising Cincinnati Bengals in the final with a score of 23-20. The Los Angeles team has high expectations of being able to compete this season despite the changes made.

On the other hand, there are the Buffalo Bills, a team that arrives as a great favorite to win the trophy or at least raise their hands for the Super Bowl. Last season they finished in first place in the AFC East and were eliminated in the next round by the Chiefs. This year they hope to change everything and occupy the first places.