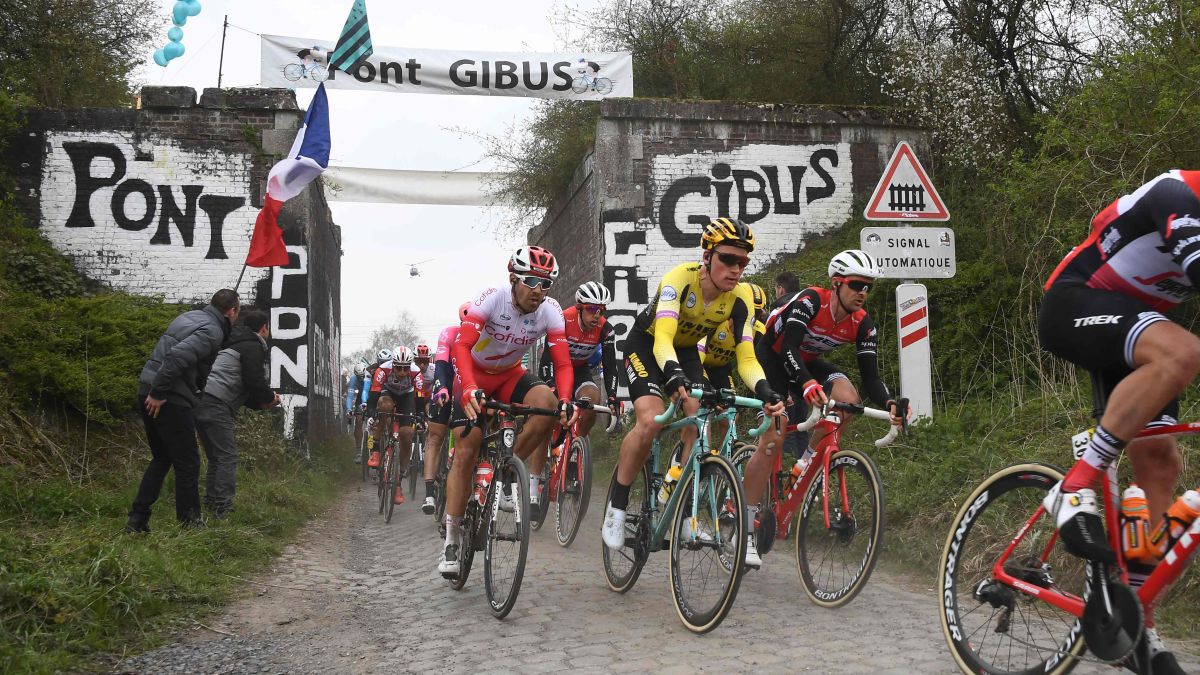 The Paris-Roubaix 2021 in April, each day further away

In the midst of the worst year of his award-winning career, Cristiano Ronaldo arrives at the 2022 World Cup in Qatar with his sights set on redemption with Portugal after a season marked by controversy and the mediatic divorce with Manchester United.

Now with the “quinas”, where he maintains the relevance of always, Cristiano will try to win the only great trophy that he lacks and at the same time try to forget the bad moment he is going through.

A controversial interview, leaving the field before the end of the game, walking away from the team and being absent in pre-season were some of the controversies that marked the second half of 2022 for the Portuguese at Old Trafford.

In full separation, Cristiano no longer has the prominence of yesteryear at United and the coach of the English club, the Dutchman Erik Ten Hag, prefers to maximize his contribution by putting him in the second half of the matches, to the clear annoyance of the player.

This is not the case in Portugal, where he remains the leader of the team led by Fernando Santos, as well as the captain and key figure up front.

However, Portuguese fans fear the situation in Manchester could affect their star player and are worried about the possible form of Cristiano Ronaldo, who missed Thursday’s friendly against Nigeria with gastritis.

Also fresh in memory is Cristiano’s performance in the two Nations League games against the Czech Republic and Spain, where he was a shadow of himself and suffered from a lack of rhythm.

Doubts are aggravated by the confirmed absence of his usual partner in attack, Diogo Jota (Liverpool), who has suffered an injury that will leave him out of the competition.

In Portugal it is expected that this will not happen again when the World Cup begins, which is considered in the country as the last of CR7.

CHRISTIAN BEFORE HIS LAST WORLD CUP?

Cristiano Ronaldo is about to play the fifth World Cup of his career, which could be the last, although the Portuguese crack himself does not share the idea and is even angry about the issue.

“Many ask this question. I am the one who is going to decide my future. If I want to play more, I play. I am the boss, full stop,” he replied at a press conference at the end of March.

Although he has not yet clarified if this will be his last trip to a World Cup, he has already guaranteed that he intends to be present at Euro 2024 and promised “a little more Cris”.

The World Cup is the only major trophy missing from his record and the best he achieved was reaching the semi-finals the first time he participated in the event, in 2006.

At Germany 2006 he was already emerging as Portugal’s star, despite the presence of several members of the Portuguese golden generation, such as former Real Madrid legend Luís Figo and former FC Barcelona legend Deco.

He managed to score a goal against Iran in the group stage, but did not prevent the “quinches” from falling against France in the semi-finals.

He returned four years later for South Africa 2010 already as captain. He scored once more, in a 7-0 thrashing of North Korea, but Portugal were eliminated in the round of 16 by eventual winners Spain.

In 2014, in Brazil, he lived through his worst World Cup, and the team he captained did not get past the group stage. He only scored one goal, in the only Portuguese victory, against Ghana (2-1), a rival he will meet again in Qatar.

The worst was followed by the best on a personal level, with 4 goals in 4 matches at Russia 2018.

However, three of those goals came in the same game, in a frenetic group stage clash with Spain that ended 3-3.

Portugal, then European champion, fell in the round of 16, this time against Uruguay, another of the teams with which he will meet again this November.

The new chapter of Cristiano Ronaldo’s troubled year begins on November 24, with the clash between Portugal and Ghana in Group H of the World Cup.