The eccentric billionaire promoted a variety of changes to the social network that affect the 237 million active users with whom he counts monthly
It’s been 3 months since Elon Musk landed on Twitter and since then, the platform has remained almost ubiquitous in the news.
Much has been made of Musk’s own views on the past, present and future of Twitter and some of his business decisions, such as the controversial layoff of 50% of his workforce.

But not so much about the changes that the social network has undergone and how they affect the 237 million users who are active monthly on a day-to-day basis.

The most recent change that it seems to be implementing is to suspend access to its API, which is the system with which other platforms communicate with Twitter.
That, for example, affects if you tend to use a different platform to manage the different accounts you have on social networks instead of directly accessing the Twitter application or its website.

Twitter appears to be prioritizing users accessing their accounts through its own app. (Photo: GETTY IMAGES)
It is not clear if this is a permanent measure or if it is something temporary since there has been no official announcement.

“My guess is that it’s because those apps don’t display ads and allow users to manage their accounts as best suits them, which clashes with Musk’s plans to show more ads in front of users’ eyes and prioritize tweets.” of people who have paid for Twitter Blue,” said technology specialist Kate Bevan.
There are already applications that are suffering from problems such as the popular Tweetbot, Fenix and Twitterific.

The most obvious change may be the order in which users see tweets appear on their home pages. A new tab allows you to choose between receiving the most recent tweets from the accounts you follow or tweets recommended by Twitter itself.
If you connect from an iPhone you will see two columns at the top, one “for you” and another “most recent”. If you do it from Android you have to click on the star that appears in the upper right corner of the screen.
The problem is that not many users have realized this or that the application from time to time returns to showing the tweets that it recommends.

There have been some complaints from people saying that the content they receive is full of recommendations from Twitter, and interactions between accounts you follow and people you don’t know, rather than the content you originally chose to see.
However, others don’t care. “Some days I want to go to a restaurant with my friends, other days I go to a bar to see what’s on and who I can find. That can be fun,” one user told me.

Musk reopened Twitter’s doors to accounts of well-known people who had been suspended under the previous regime for violating the platform’s rules.
These include those of Ye (rapper Kanye West), who was suspended for sharing anti-Semitic messages, the influential Andrew Tate, recently arrested in Romania accused of human trafficking, and that of Donald Trump, the former president of the United States, whose tweets are part of the investigation into the assault on the Capitol in January 2021 by his supporters.

Despite a shaky start, the Twitter Blue subscription service went live at the end of November.
Paying a monthly amount between $8 and $11 allows access to a number of tools and features such as editing tweets, promoting visibility and seeing fewer ads.
So far, it seems to have attracted a good number of people, but not a lot, although there has been no statement from Twitter about its success.

The blue badge that most of us are familiar with, and which now identifies accounts with a subscription, was a way of knowing which account had been verified.
It was the way Twitter allowed famous people, journalists or brands to show that their accounts were not fake.
Those users who already had the blue badge before the Musk purchase continue to have it, accompanied by a message explaining that it is a “legacy” and that “they may or may not be important”.
So seeing a blue badge alone doesn’t necessarily give that account an authority profile.
This is now achieved with the gold badges, available for companies and their trademarks, and silver, for government institutions. 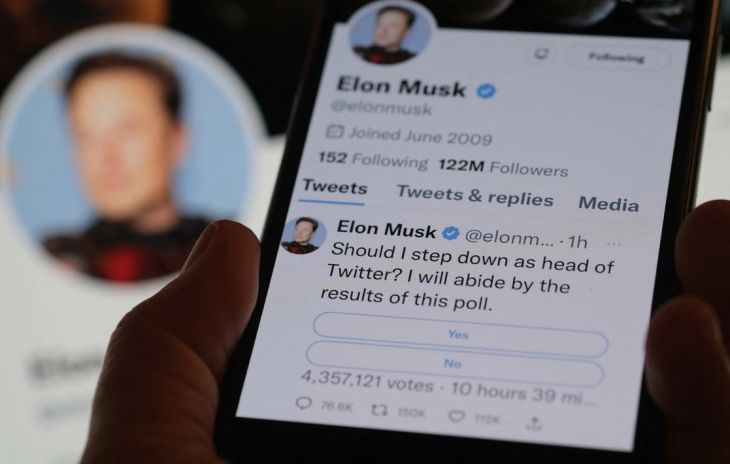 Users vote in survey for the departure of Musk on Twitter