The Neutron rocket will be a two-stage launch vehicle that will have a height of 40 meters and a capacity to launch payloads of up to 8,000 kilograms into low Earth orbit.

It all started with a big dream from a desk in New Zealand. But that dream came to life, grew and flew into space.

This is the aerospace startup Rocket Lab, which after succeeding with its Electron light rocket, this week it welcomed Neutron, a larger and more powerful rocket that will be capable of manned interplanetary missions.

The Neutron rocket will be a two-stage launch vehicle that will have a height of 40 meters, a fairing of 4.5 meters in diameter and a capacity to launch payloads of up to 8000 kilograms into low Earth orbit and deliver up to 2000 kg to Moon.

Years ago Peter Beck, Rocket Lab founder, stated at the time that they would never reuse a rocket or build others larger than Electron. Y He assured that he would eat his cap if that ever happened.

But since one is a slave to the words one speaks, Beck had to record a video announcing the new reusable mega rocket and immediately performing an act not advisable for those who want to take care of their health: he destroyed his cap with a blender and ate parts of its framework. 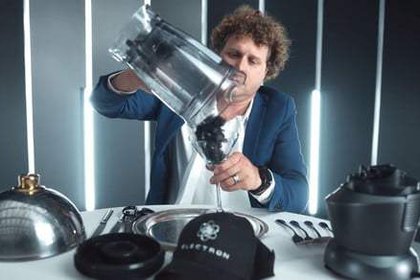 Peter Beck, founder of Rocket Lab, rips his cap to shreds and seeks to ingest its parts, to fulfill a promise, something that is not recommended due to the negative consequences for his health

The thing is The new era of reusable rockets created and consolidated by the SpaceX company of the world’s richest man, Elon Musk, is here to stay.

And the new techniques of space conquests imply lower the costs of the launches, since the same today are carried out by the private space industry and not so much by the governments that previously had large budgets to allocate to their space programs.

“Rocket Lab solved a small launch with Electron. Now we are opening a new category with Neutron. We’ve listened to our customers and the message is clear: bigger doesn’t always mean better when it comes to constellation display. Efficiently building the mega constellations of the future requires launching multiple satellites in batches to different orbital planes. It’s a requirement that all too often sees large launch vehicles flying with payloads well below their full lift capacity, which is an incredibly expensive and inefficient way to build a constellation of satellites. Neutron’s eight-ton lift capacity will make it ideally sized for batch deploying satellites in specific orbital planes, creating a more specific and optimized approach to building mega constellations”, assured Beck in his presentation. 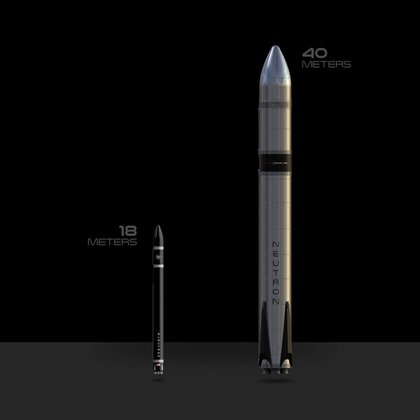 Size comparison between Electron and Neutron

Neutron will be able to put large commercial, defense and civil payloads into orbit, They require a level of programming control and a high cadence of flight that is not available in large and heavy cargo rockets.

For this reason, this new device will be able to raise 98% of all satellites planned for launch until 2029 at a lower price, by taking advantage of Electron’s heritage, launch sites and architecture.

The rocket Electron, Rocket Lab’s first great product and with which it has begun to generate income has its advantage that lies in its small size, with lower production and launch costs than others, so it has been extremely useful to send many loads into space.

But that advantage also became its weakness, since it cannot send large loads or astronauts into space. A booming market with the support of the International Space Station and the ambition to return to the Moon in the coming years. 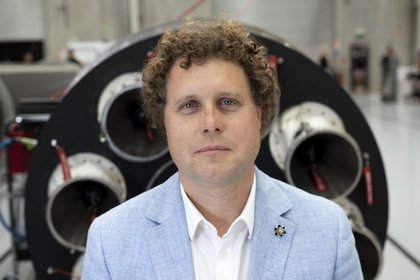 Being reusable, Neutron has landing legs to recover the propellant after launch, a method similar to that used by SpaceX’s Falcon 9 rockets. For comparison, Rocket Lab’s electron lift measures 18m and can carry payloads of just over 300kg for small satellite launches.

Rocket Lab aims to recover electron boosters by parachuting them to Earth and trapping them in midair with a helicopter.

If all plans go as planned, Neutron will fly in 2024, according to the announcement, and will be reusable and classified for human spaceflight, Beck said in the video, in which it is found inside the mid-fairing of the future rocket. 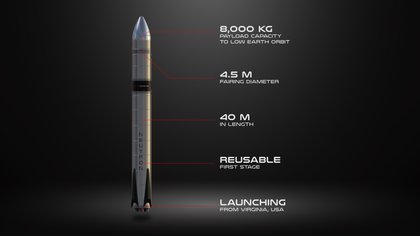 Features of the new Neutron rocket

Rocket Lab’s next mission, called “Climb So Fast,” is scheduled to launch from New Zealand later this month. It will carry seven small satellites for a variety of commercial and government customers, including the US Army’s Missile and Space Defense Command.

The mission will fly Rocket Lab’s Photon Pathstone spacecraft to test technologies for a lunar mission for NASA’s launch later this year..

Neutron’s announcement comes as Rocket Lab merges with Vector Acquisition Corporation. When the two companies finalize the deal later this year, the resulting company, which will use the name Rocket Lab, will be listed on the Nasdaq stock exchange, according to a statement from the companies.

The deal values ​​Rocket Lab at just over $4 billion. 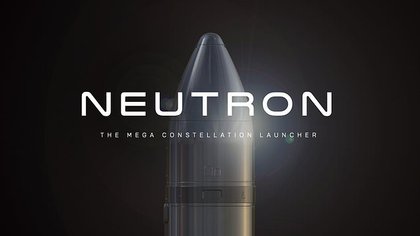 This is how Rocket Lab introduced its new rocket.