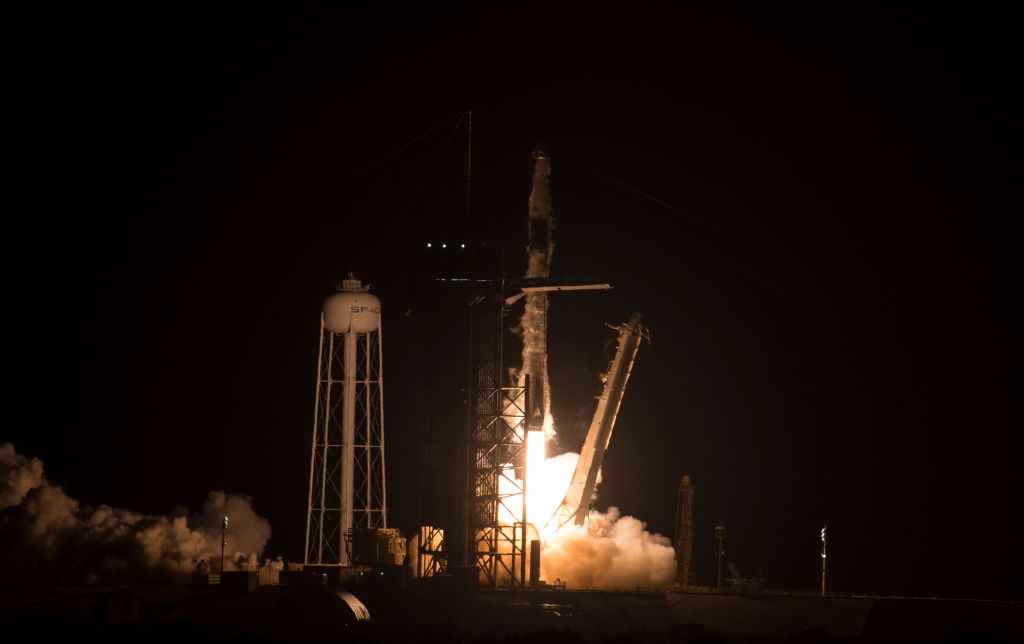 The new photos of Jupiter were taken with the Near Infrared Camera (NIRCam) during the testing phase of JWST. (POT)

The research team responsible for the super space telescope James Webb (JWST) has released new photos. These are two unpublished images of the planet Jupiter. These new illustrations of the largest planet in our Solar System, were taken with the Near Infrared Camera (NIRCam) during the testing phase of the JWST.

As can be seen in the photographs, the great planet Jupiter appears in both images accompanied by a faint ring, as well as its three moons: Metis, Teba and Europa. On this last moon, in which its shadow can be observed (image on the left, next to the Great Red Spot), astronomers believe that it could harbor life, since it would have conditions similar to those on Earth.

To get these images, the NIRCam used two different filters that allow different wavelengths of light to be distinguished. The photos show that the JWST works perfectly to capture objects as bright and moving as Jupiter, its ring and its moons.

The great planet Jupiter appears accompanied by a faint ring, as well as its three moons: Metis, Teba and Europa (NASA)

“Combined with the deep field images released the other day, these images of Jupiter They demonstrate the full understanding of what Webb can observe, from the faintest and most distant observable galaxies to the planets in our own cosmic backyard that can be seen with the naked eye from your actual backyard.” said in a statement Bryan Holler, a scientist at the Space Telescope Science Institute in Baltimore who helped plan the Jupiter observations.

The challenges of the JWST

“Observing a bright planet and its satellites and rings was expected to be challenging, due to scattered light that could affect the scientific instrument used., but also the fine orientation sensor must track the stars near the bright planet”, as explained in the commission’s report. Scientists now hope to use JWST to track near-Earth space objects like asteroids or comets. According to its report, the space observation tool is working better than expected.

“The key result of the initial six months is the following. The JWST is fully capable of making the discoveries for which it was built. It was conceived to enable fundamental advances in our understanding of the formation and evolution of galaxies, stars, and planetary systems,” the researchers concluded.

After the president of the United States showed a photo of the deep cosmos full of galaxies on Monday, NASA officials pulled back the curtain on Tuesday to show more luminous images captured by the largest and most powerful observatory ever launched into space. The first full-color, high-resolution images from the James Webb Space Telescope, designed to peer farther and more clearly into the early universe, were heralded by NASA as a milestone marking a new era of astronomical exploration.

The infrared telescope, which required 9,000 million dollars, it launched on December 25, 2021 and was built by aerospace giant Northrop Grumman Corp. on behalf of NASA. The observatory reached its destination in solar orbit 1.5 million kilometers from Earth a month later. With Webb fine-tuned after months of remote alignment of its mirrors and calibration of its instruments, scientists will embark on a competitively selected agenda to explore the evolution of galaxies, the life cycle of stars, the atmospheres of distant exoplanets and the moons of our outer solar system.

NASA selected a first batch of photos, which took weeks to process from the raw data collected by Webb, to show the capabilities of the telescope. The most prominent image, which was unveiled on Monday by President Biden at the White House, but which was displayed with more fanfare on Tuesday, It was a “deep field” photo of a distant galaxy cluster, SMACS 0723, the most detailed view of the early universe recorded to date.

Among the other four Webb objects whose photos were released Tuesday are two huge clouds of gas and dust blasted into space by stellar explosions to form incubators for new stars: the Carina Nebula and the South Ring Nebula, each thousands of light years from Earth. The collection also included new images of another galaxy cluster known as Stephan’s Quintet.first discovered in 1877, encompassing several galaxies that NASA described as “engaged in a cosmic dance of repeated close encounters.”

In addition to the images, NASA presented the first spectrographic analysis of an exoplanet the size of Jupiter over 1,100 light-years away, revealing the molecular signatures of filtered light passing through its atmosphere, including the presence of water vapor. Designed to observe its objects primarily in the infrared spectrum, Webb is about 100 times more sensitive than its 30-year-old predecessor, the Hubble Space Telescope, which operates primarily in optical and ultraviolet wavelengths.