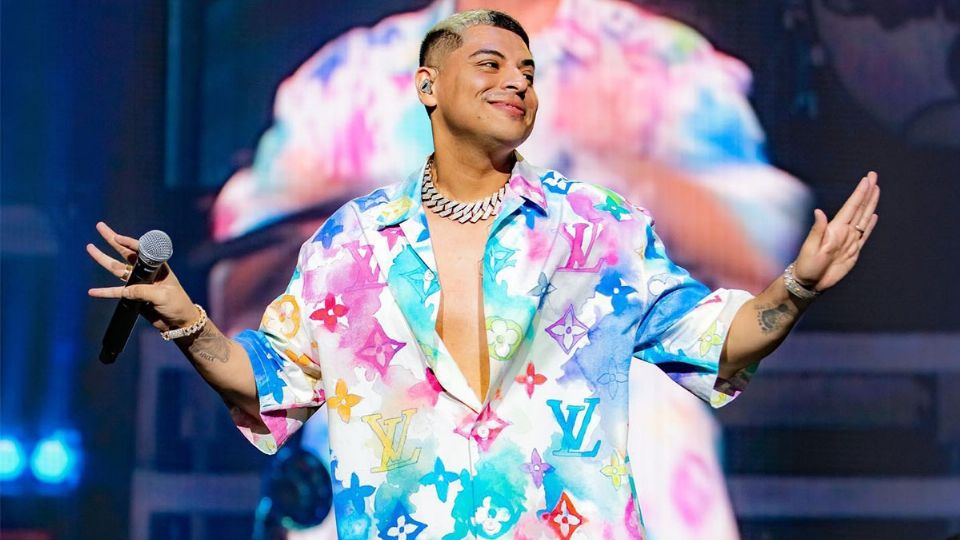 Eduin Caz From Grupo Firme Perrea to the Floor While Shopping

“Naked” and exposed as he had not been with the public for years, alone with his piano or guitar, Pablo Alborán will sing again in the short distance of 13 great theaters and auditoriums of the country next year, a “challenge” that he faces with enthusiasm despite the initial resentment.

“In a theater there is no trap or cardboard. They see you to the soul. That is the challenge that I want to live more than ever, to feel the responsibility of being naked on stage again,” he explains in a talk with Efe, after acknowledging that this format was a decision that cost him “a lot to make”. “I was scared,” he confesses.

It was enough to sit at the keys and review “from scratch” all the songs that he has edited since “Pablo Alborán” (2011), his first album, to discover details that he had never noticed before. “And so I saw that half of the concert could be covered with a single instrument,” he says.

“I had to remember that when I compose, I do it alone at the piano. But yes, when I thought about all this, I gave a lot of respect to go back to that, although in concerts it is the section that I enjoy the most,” says the musician, who in the second part three musicians will be added to his next dates as accompaniment.

The tour, for which tickets are on sale today, will start on February 26 at the Auditorium Theater in the Almeria town of Roquetas and will pass through such emblematic spaces as the Palau de la Música in Barcelona on March 3, the Palau de Les Arts de Valencia on March 11, the National Auditorium in Madrid on March 22 or the Cervantes Theater in his native Malaga on June 20.

Really called Pablo Moreno de Alborán (Málaga, 1989), his conversion into the artist with the highest commercial sales in Spain of the last decade led him to a path of no return from the small rooms to the pavilions. Paradoxically, it will return to spaces with smaller capacity in 2022, when most of the great artists await the post-pandemic opening of mass venues.

“I want to return to silence, to be in very special places with the best conditions for the music and the arrangements that I am preparing. My music is largely intimate and can be enjoyed more sitting down and calmly, listening to it with acoustics made for wood, for piano and guitar,” he alleges.

The singer of the elegant “fiato”, that fine thread of voice sustained with the right air on which few like him can swing, also alludes to the need to stop the maddened rhythm at which the world circulates, also his own composition process.

“I have often felt that it is very easy to get contaminated, especially because of the speed of things and how you stop enjoying yourself. I have been very motivated by a topic thinking that it would be a bombshell and suddenly say to myself: ‘Why, if Anyway, it only lasts two weeks’.”

He warns, however, that you don’t want a dense concert. “It will be emotional, but agile,” underlines Alboran, who works with the theater director Mónica Boromello to offer an unprecedented vision, with a flexible repertoire that will include great hits, songs that he has not interpreted for a long time and new ones that could be born in those impasses.

“I’m writing non-stop,” he says before announcing that he has two songs “ready” and that one of them will be released next January. However, he does not dare to put a date on the album that will take over from “Vertigo” (2020).

“We were very brave to take him out in the middle of the pandemic. I was very scared, because everything was new. I would have liked the tour to be more extensive, that people were not wearing a mask, but it has been a stage to learn and adapt, that basically it is how music works now, “he says.

That album also earned him four nominations in the queen categories of the last Latin Grammy, but once again (and has already accumulated 23 attempts) the account was zero. “I don’t know what’s going on with the Grammys anymore!”

His latest “made up” superstition didn’t work. “If something good happens to me because someone wears silver, I become obsessed with that color. One year I got the triangle and I was about to get it tattooed,” reveals the singer-songwriter, who this time saw a sign in hawks and eagles, after the irruption on Madrid of one of those copies the day he found out about the nominations.

“I started to see them everywhere, like when I sang with Camilo, who had a hawk drawn on his arm. That’s why I bought the most tacky panties that can exist on the planet and you had to see me on the night of the Latin Grammys with them at the living room at home, with my grandfather’s watch that gives me great luck and with the Virgin of Guadalupe around her neck,” he confesses.

The superstition lasted as long as their expectations. “And I have not seen an eagle anywhere. The pants I have kept, but no one puts them back,” he adds, laughing before a 2022 for which he asks for “health and humor.”