Her strong character led her to become a feared and hated woman. The life of Encarna Sánchez is a compendium of personal and professional ups and downs, captured without taboos in the book “Directly, Encarna Sánchez” (Editorial Almuzara), written by Juanele Zafra and in which there appear names as significant as those of Isabel Pantoja, Mila Ximénez, Rocío Jurado, Marujita Díaz, Carmen Polo, Adolfo Suárez, Carmen Jara, Paco Gordillo or Manolo Santana, among others.

In one way or another, they all had some kind of relationship with the announcer, and practically none were by her side in the last months of their lives. She died twenty-five years ago, alone, devastated by an incurable cancer, leaving an inheritance of more than one thousand five hundred million of the old pesetas.

For Encarna, Isabel Pantoja ended up being an impossible love. The author of the book reveals that “the singer was warned that the journalist was dying and that he wanted to see her on her deathbed. Isabel went home and the encounter was surrounded by pain and left open wounds. They had been two very important people to each other, but they ended up breaking that deep relationship.

One of the reasons was that «Encarna had plenty of Kiko Rivera, she wanted Isabel all to herself. Nor did she accept that her friend I would like to adopt a girl in Peru, and also refused to make public his close relationship with the Pantoja. Everything contributed to the couple becoming permanently distant », continues the author.

The appearance of Maria del Monte in the life of the tonadillera was considered a low blow by the announcer: «Encarna’s heart sank when she saw them together, enjoying themselves on the beach, happy, like two teenagers. There she understood that she had been very wrong to break up with Isabel. She was dying of jealousy, envy and rage. At a meal with Marujita Diaz at a seafood restaurant near the Hotel Meliá Castilla, she saw a photo of Isabel with María hanging on the wall, and she told Maruja to take it off the hook immediately.

She was very in love with, and infatuated with, Mila Ximénez. “She wanted her to always be close, away from the gaze of others, he signed her for his radio team, making her completely dependent on her financially.”

By not getting her sexual favors, which is what Sánchez was really looking for, «fired Mila and left her in a terrible financial situation, with no income and in the lurch».

With this petty procedure, she pushed the late “Save me” gathering to give up the guard and custody of her idolized daughter Alba to her father, Manolo Santana. «She could not put her in his bed, says Zafra, and he destroyed her».

She was not the only one who rejected Encarna’s insinuations: «One night she sent a large bouquet of flowers, an expensive ring and a very affectionate message to Rocío Jurado, and she gave everything back to him immediately. The rancor led Encarna to spread the rumor that Rocío had hinted at her. Upon finding out, the Jury called the announcer to meet her at her house, and there Encarna went, thinking that the woman from Chipiona was going to succumb to her charms.”

The disappointment she took was a championship: «Rocío was waiting for her at the door of her house, she faced her and blurted out:” As you go back to propagate there that I am going behind you, you can start preparing, because I plan to tell to the whole world who you really are”. Encarna ignored the threat and it was invented that Rocío was a transvestite».

She liked thick women, but she never acknowledged their sexual desires: “She never made her sexual condition public, she suffered a lot from love sickness. At that time, recognizing a homosexuality could sink her professional career.”

One of the harshest and darkest episodes of her existence was the one that led her into exile for several years in Mexico, Miami and the Dominican Republic.

They accused her of misappropriating the profits obtained in various solidarity radio festivals. And her friend Carmen Polo suggested that she leave Spain for a while until the scandal ended. She spent several years abroad and returned with one hand in front and others behind.

She was welcomed by her friend Paco Gordillo, brother-in-law of her friend, Carmen Jara. Nobody lent her support, not even another of her intimates, Adolfo Suárez. But, little by little, she was making a dent in the radio to reach unimaginable heights.

Her last five years of life were marked by cancer. She refused to acknowledge reality and kept going to the radio, even if she had to be helped up the stairs. She died on April 5, 1996, a few months before her 66th birthday. 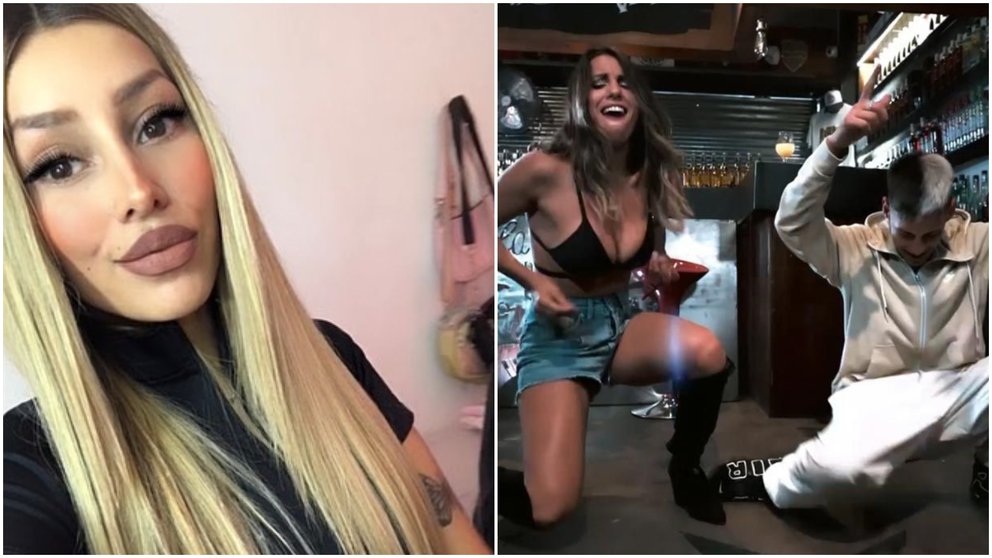 Eduin Caz, vocalist of Grupo Firme, graduates from college and shows off his degree