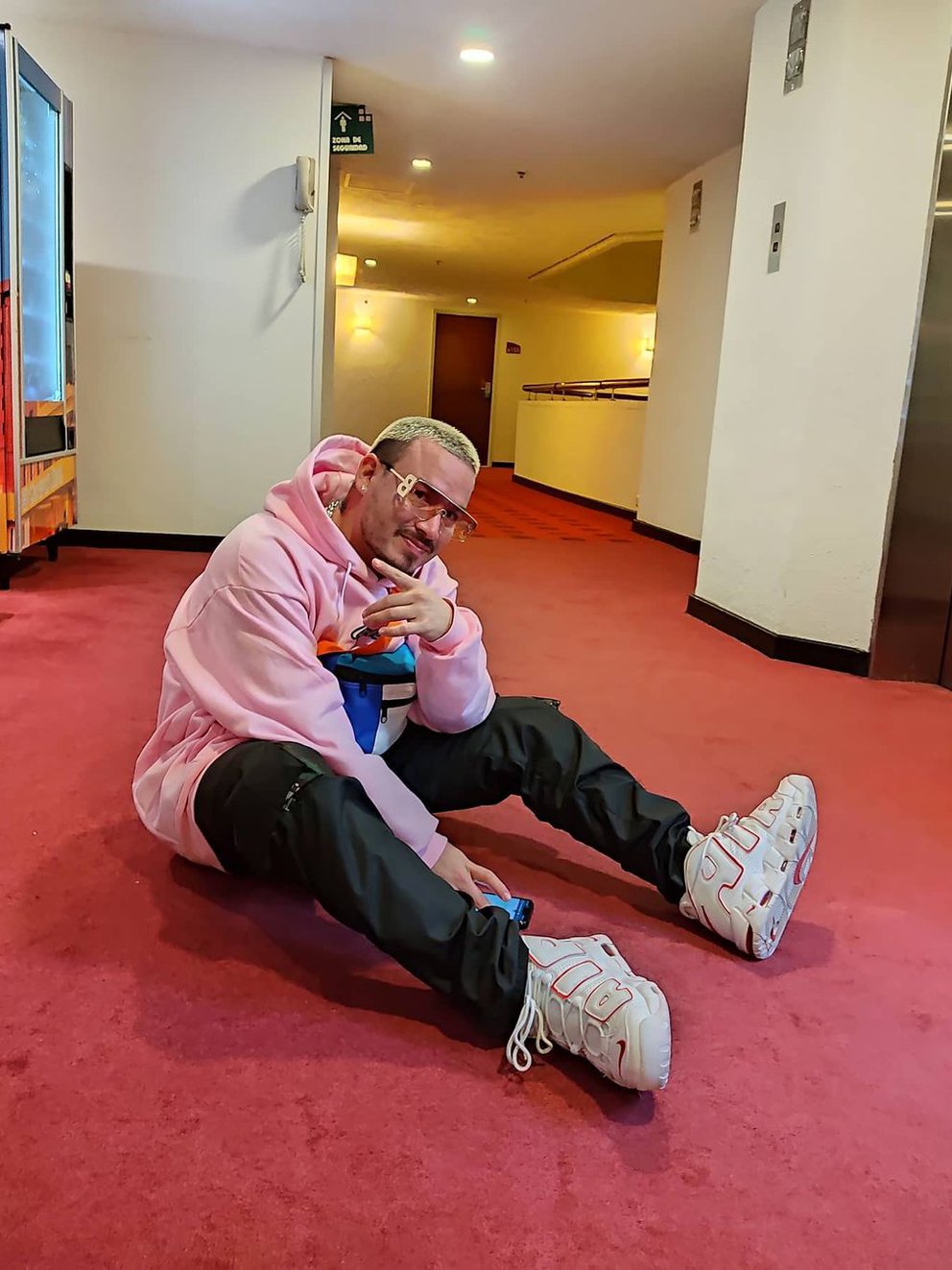 “I am Georgina”, the documentary that Netflix plans to release on next January 27, is the subject of controversy even before its premiere. Like everything that has to do with Cristiano Ronaldo and his wife, Georgina Rodriguez, the Netflix documentary does not leave anyone indifferent either.

The “hater” current threatens to make Georgina’s 28th birthday bitter (she is celebrating the day of the premiere). The reason: the promotional poster that, on the occasion of the premiere, was hung in one of the buildings in Plaza de Colón, in Madrid, a few days ago.

It shows Georgina, surrounded by soccer balls and sitting in front of a luxurious heated pool. At her side, over impressed, a sentence served the controversy on a platter: “She used to sell bags in Serrano, now she collects them”.

The phrase has caused stupor on social networks, where many users have branded the ad as classist and sexist, apart from pointing it out as a slogan in very bad taste. The promotional teaser that Georgina herself offered on her networks about the documentary added fuel to the fire:

“My arrival in Madrid was tremendous. I was looking for many cheap flats. 300 euros. And I ended up sleeping in a flat that had been a storage room. The day I met Cristiano, my life changed,” a comment that has also been branded sexist.

The Netflix documentary series, which reviews Georgina’s life from her childhood to the present day, replicates the story of the modern cinderella. A young woman who arrives in the capital with hardly any means to make her dream come true, to achieve a better future.

In it, Cristiano Ronaldo’s wife recalls her beginnings as a clerk at Gucci when she met Cristiano in 2016. From one day to the next, her life changed radically.

From a shop assistant she went on to work as a model with major brands such as Sheglam, Gisada, Armani and Effek. Georgina has managed to escape Cristiano’s long shadow and take advantage of his almost 30 million followers on Instagram, an obvious claim for brands, which seek to associate their image with the success and glamor that the jacetana exudes and the dream life that she projects with her partner.

Such is her fame that she has even been a co-presenter in the latest edition of the Sanremo Festival, in February of last year. Her performance was a resounding success. Georgina blew up audiences on Italian television, obtaining the applause of the specialized press at the 70th edition of the famous song festival.

Her time in the edition was not without controversy either, when it became known that the model had received 140,000 euros.

Owner of a Hair Transplant Clinic

Georgina is a joint administrator of Insparya Hair Medical Clinic SL, the new name of the company Venice Gestión Integral, the seed of the company.

Created in March 2018, with a share capital of 200,000 euros on Calle Joaquín Costa in Madrid, there was no data on Georgina’s capillary business until recently, when she presented the balance sheet for the 2020 financial year to the Mercantile Registry. The one that Cristiano’s wife is a joint administrator with Joaquin Silva Ramos, is the model’s first foray into the business world.

The company also has Cristiano Ronaldo as a shareholder, who participates as a 50 percent partner through the parent company of his business empire, CR7 SA, sharing the spotlight with the Portuguese company Saude Viavel SA.

Insparya has become green only two years after its creation, managing to lift the losses accumulated in the previous year, which reached 1.9 million euros. Its viability is assured, despite the company’s high operating and personnel costs, which amount to 8 million euros.

With some assets of 4 million euros, Insparya is guaranteed to be able to cope with the long term debt that it acknowledges having and that amounts to €2.2 million.

Its creditors are none other than the two partners of the company. As the balance sheet shows, Insparya maintains credit debts with Saude Viavel and CR7 Unipessoal for a loan of 900,000 euros each, granted in 2018, to which must be added another that the two partners signed for 400,000 euros in April 2019.

A difficult life and a conflictive father

As in many other stories of overcoming, Georgina’s life hides a childhood of need and lack. The young woman arrived in Madrid in search of the opportunity that until now had been denied her.

Her life, in that sense, has a curious parallelism with that of her father, Jorge Eduardo Rodriguez Gorjon. CR7’s father-in-law emigrated from his native Avellaneda (Argentina) landing in Spain in 1984 with the dream of finding a better future.

After a brief stay in Elche where he had a relationship with a woman named Maria Jesus with whom he had a daughter, Patricia Stela (35), moved to Jaca (Huesca), where he started a new life with a Murcian, Anna Maria Hernandez, Georgina’s mother.

In the Pyrenean city, the couple lived very happy years. In terms of work, the Argentine took advantage of the fact that he had played in the lower divisions of Club Racing de Avellaneda in his youth, to become coach of the Jacetano Football Club, football team from Huesca that competed in the First Regional.

They were years in which the couple expanded the family. First, Ivan Maria (31) and three and a half years later Georgina (27). In Jaca they still remember the business that the couple set up, a hamburger restaurant where Ana Mari was in charge of the management and Jorge Eduardo worked with the public, in the day-to-day running of the premises.

The family business failed, closing just a year later. The couple’s first disagreements were added to the economic problems. That is when Jorge begins to have his first problems with the law.

According to Georgina’s family, Jorge was arrested in a raid while visiting a friend. Justice, however, beyond Jorge Eduardo’s sweetened version, saw clear signs of a crime and was sentenced to six years in prison for “a crime against public health”.

He was admitted in 2009 to the Zuera prison (Zaragoza). The Argentine served four years behind bars, which he “paid” in the prisons of Murcia, first, and Villena (Alicante) later.

Upon reaching the third grade and about to reunite with his daughters, as soon as he was released from prison in Villena, Jorge was taken by the police to a police station in Alicante and extradited to Argentina to respond there to several pending cases.

The family tried to suspend the extradition alleging family roots in Spain, but it was useless. In the decision of the court weighed his bulky prison resume. To the four years in prison just served, another previous sentence of two years in prison was added that Cristiano Ronaldo’s father-in-law had served in a Madrid prison in the 1990s.

The misfortunes of Georgina’s father would not end here. In 2016 George Edward suffered a stroke which left him with a serious impairment in speech that prevented him from communicating and hemiplegia on the left side of the body.

According to what they say, it was Georgina and Ivana who sent money periodically so that Estela, her father’s sister, and a caregiver could keep her father cared for 24 hours a day.

Reluctant to talk about her father, the model made an exception in an interview with the magazine Hello! “We have learned from their mistakes. But his intentions were always the best.” Far from reproaching him for anything, the youngest of the Rodríguez recognized the love that the two sisters felt for him.

“I was his ‘little girl.’ We were what he wanted most in life,” she said. If the past of Georgina’s father is dark, it is no less so that of the mother Ana Mari. After leaving Jaca, she was living in Italy for a while.

Her family, with whom she lost contact, places her living in Gerona, away from the media focus of her own free will. Her life journey after her separation from Georgina’s father is a mystery.