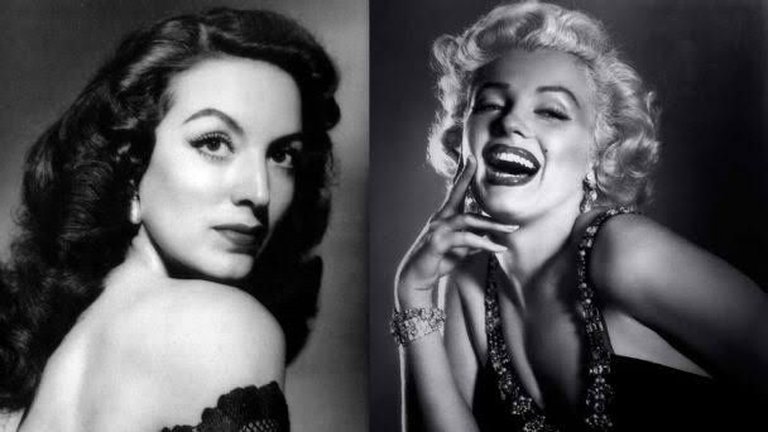 Smiling and visibly happy to be reunited with some of her colleagues from “La casa de los celebrities” on Telemundo . In this way, Gaby Spanic appeared last night on the stage of the television program after becoming the eighth eliminated from the competition last Monday.

The Venezuelan actress arrived escorted by co-host Jimena Gállego , who took her to Héctor Sandarti . Without preambles or detours, the animators gave the floor to the interpreter to enunciate the first and so far only expressions about her experience in the residence. They also gave him space to tell what had happened to Alicia Machado , a resident with whom he starred in some moments of tension.

“How beautiful Cristina ‘La comaye’ , Gigi , Verónica , real, transparent, sincere people, who never plotted, never made a plot against anyone. Because we were like two sides, right? Like the good guys and the bad guys. I am not going to say the exact words that this person said, which for me is rude, “said Spanic as he watched images of the moment he left the reality show.

“Are you talking about Alicia (Machado)?” Gállego questioned. The eternal soap opera villain did not deny it and pointed out that Miss Universe 1995 is damaging her image before the public with her behavior and way of expressing herself. She also revealed that she knew the outcome of her confrontation with Verónica Montes in the “Elimination Room” because she herself had requested it.

“I feel that Gaby Spanic came to do at home what she had to do and what she did she did well. I never swore, I never referred to anyone in a grotesque, impolite way, I never conspired. I never felt like anyone was my rival or anything. I did not have the head to speculate evil towards anyone or to remove anyone from the path. I played in a loyal way, I played in a transparent, honest way, I spoiled them, I cooked for them … ”, the singer also explained.

To his surprise, on Monday, since he opened the door of “The House of the Famous” to meet with his family and followers, Spanic said that he felt the affection from the production of the competition and from the people. Likewise, the 47-year-old artist recounted all the negative things she experienced during her stay at the residence. The whole plan against him, he said, was orchestrated by Machado.

The author of the book “My life between recipes” took the opportunity to name some of her achievements throughout her career on the screen. Everything achieved helped her request that they vote against her to abandon the competition that will award $ 200 thousand to the winner.

“My love, they call me ‘the queen of telenovelas’ not ‘the queen of conflicts’ and that is why I left that program, because I am the queen of soap operas and yes, I have a beautiful career, worthy of admiration , many successes and I do not hang on anyone’s fame to set up conflicts and make myself noticed. I have made myself noticed with my work, with my discipline, with my talent that Diosito gives us all, a particular talent for each one, he blessed me with beautiful fans all over the world, a statuette in Indonesia, recognized in many places of the world for my soap operas, a successful woman, who started from the age of 14 on television and has to her credit more than 5 thousand chapters recorded on television ”, she named in her speech that started the applause of the public present, who to her once chanted the name of the actress.

In the interview with Sandarti and Gállego, the Venezuelan recognized that one of the things that bothered her the most about Machado in the competition was that he spoke ill of her son, Gabriel. Along these lines, Spanic said that he knows many things about his rival, but that he will not say them precisely because he is a mother. As if that were not enough, the protagonist of “La Usurpadora” added that she felt her physical and mental integrity threatened.

The above, for Gabriela Helena Španić Utrera, the artist’s real name, was evidenced by the multiple occasions that Machado wanted to hit the contestant Celia Lora . That attitude, the multi-winner described it as “unrecognizable”, for the years she has known the former beauty queen.

“I also said in a conversation (to Machado) ‘you are telling everyone that we are the best friends in the world and that is not true. You were not with me in a hospital bed, you were not with me in embarrassing and difficult life situations. You didn’t know if my son and I were eating or not, and I wasn’t with you either. ‘ In other words, a friendship is to be through thick and thin. We saw each other sporadically. She was never my friend, thank God because 24/7 with that woman I think no one can, “he said with a laugh.

Before speaking about her affinity with Mexican actor Uriel Del Toro , Spanic, who never saw himself as the winner of “The House of the Famous,” made strong statements about the production of the “reality”.

“Obviously we all wanted to win. Everything they have said there has been a lot of lies. But I did want to win, why not, but there came a time when I saw so much plot, so much whispering, so many lies, so many disloyal things, so much rudeness. Sometimes I am fallen from the bush, clueless, to realize something has to be very obvious. Everything was very obvious, so I did want to leave, I wanted to leave in time so as not to fall into provocations, in situations, in such low content that I told the production ‘I want to leave because if for you content is to be conflictive, being dishonest, being disloyal, swearing, being rude, disrespecting colleagues, I’m not going to give that content. I’m not going to give it to you and I’d rather go ‘”,

The expressions of the actress were not well received by her friend and compadre, actor Jorge Aravena , who was also one of the celebrities of the “reality”. The gallant described the situation between Machado and Spanic as “a rivalry between women” and assured that he will speak with Gaby in private to tell her about certain attitudes that were not to his liking during the coexistence.

“I didn’t know how to play that game. She does have that ability. Everything he has said and thought about me has been lies. I say that people who judge that way, I say that it is the law of the mirror. As you judge, so you feel inside, “he added.