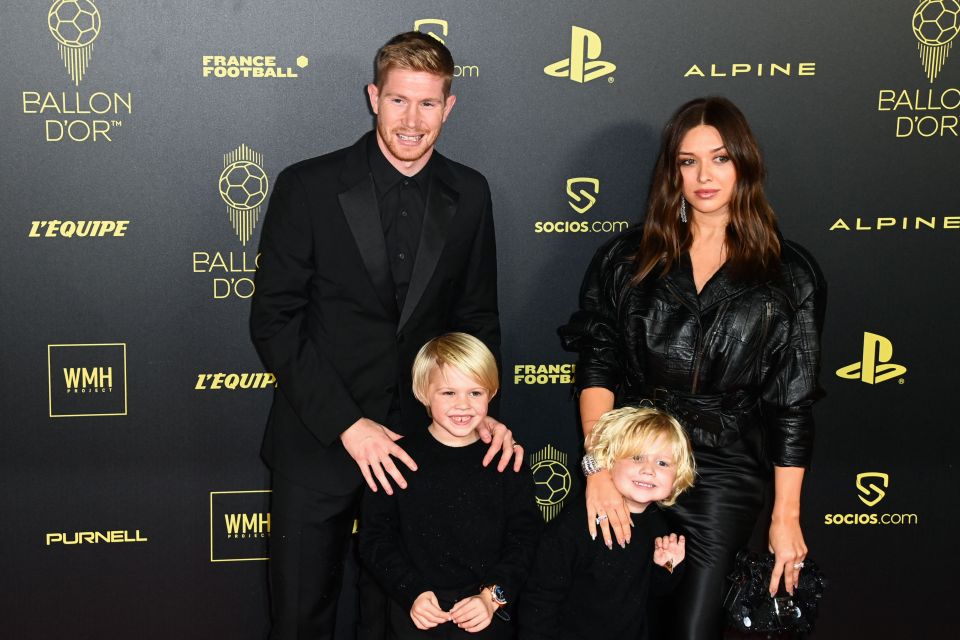 Michèle Lacroix, the influencer and partner of Kevin De Bruyne who causes a sensation on social networks (Photos)

Actress Anna Kendrick, who recently revealed her experience as a victim of psychological abuse, is headlining this Sunday at the Toronto International Film Festival (TIFF) with the world premiere of “Alice, Darling,” a drama about a woman trapped in a toxic romantic relationship

“Alice, Darling” is the directorial debut of Mary Nighy, daughter of British actors Bill Nighy and Diana Quick, and its cast includes, in addition to Kendrick, Kaniethiio Horn, Wunmi Mosaku and Charlie Carrick.

The world premiere of the film, in which Carrick plays Simon, Alice’s suffocating boyfriend (Kendrick), who exerts continuous pressure on his partner with a subtle but devastating psychological abuse, has been preceded by the revelations of the American actress about her own experiences.

Kendrick, 37, who received an Oscar nomination for Best Supporting Actress for her performance in “Up in the Air” (2009), confessed last week that during filming she was recovering from her own experience with “emotional abuse.” and psychological abuse.

In an interview with “People” magazine, Kendrick explained that her representative sent him the script for “Alice, Darling”, written by Alanna Francis, who is also the author of the script “The Rest of Us” (2019), because she knew her situation.

“I was in a situation where I loved and trusted that person more than myself. So when that person tells you that you have a warped sense of reality and that you’re impossible and that everything you think is happening isn’t happening, your life becomes very confusing very quickly,” she said.

Kendrick has also explained that she chose to be involved in Nighy’s film, which is shot entirely in and around Toronto, because the script was different from many other films about abusive relationships and seemed similar to what she was experiencing.

In “Alice, Darling,” Nighy, Kendrick, and the rest of the cast deliver that trickle of manipulation and pressure that ultimately turns into a destructive relationship.

“Alice, Darling” is one of a growing number of films directed by female directors that are gaining critical attention at the 47th edition of the Toronto show, which opens on September 8 and ends on September 18.

Films and directors such as “The Woman King” by Gina Prince-Bythewood, “Women Talking” by Sarah Polley, “Catherine Called Birdy” by Lena Dunham, “When Morning Comes” by Kelly Fyffe-Marshall, or “Prisoner’s Daughter” by Catherine Hardwicke.

Latin American and Spanish cinema is also represented in this edition by directors such as Elena Rodríguez Riera, Claudia Sainte-Luce, Laura Baumeister or Lina Rodríguez.

The second premiere of Sunday’s Gala program is the latest film from prolific American director, writer and producer Tyler Perry, “A Jazzman’s Blues.”

The film, whose script was the first that Perry wrote in 1995 at the beginning of his career, is performed by Joshua Boone, Amirah Vann, Solea Pfieffer and Austin Scott, among others, will be released in theaters on September 16 and a week later It will be released on the Netflix platform.

RACISM IN THE USA

Set in the deep South of America in the 1940s, “A Jazzman’s Blues” follows two young black lovers, Bayou (Joshua Boone) and Leanne (Solea Pfeiffer), who meet again years later when their Lives have radically changed.

The film has attracted the favor of critics and has the important participation of musician Terence Blanchard, a regular collaborator with director Spike Lee.

Also this Sunday, the film “El suplente”, by Argentine director Diego Lerman and which is performed in its main roles by Juan Minujin, Alfredo Castro, Bárbara Lennie and Rita Cortese, premieres at the Toronto festival.

“El suplente” is a co-production between Argentina, Italy, Mexico, Spain and France, centered on a teacher who has to leave his post in Buenos Aires when one of his students is threatened by a local drug trafficker.

After its premiere on Sunday night in Toronto, the film will be screened at the San Sebastian Film Festival where it will compete in the Official Section to try to win the Golden Shell of the Spanish festival.

Along with the substitute, TIFF has programmed this Sunday the creations of two Colombian artists: “So Much Tenderness”, by director Lina Rodríguez, and LIDO TV, by singer Lido Pimienta.