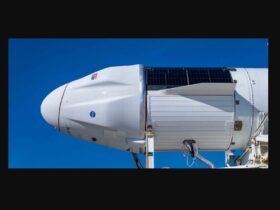 SpaceX Civilian Flights are taking place to take you to Space

A leader of the Senate Democrats’ initiative to help millions of immigrants naturalize raised strong doubts Monday about his chances of success, hinting that one of President Joe Biden’s priorities appears to be in danger of running aground in a Congress that his own party controls.

Republican demands to address the increase in the number of children and families arriving at the Mexican border, plus the lack of support in both the House of Representatives and the Senate, make it unlikely that a comprehensive bill will be passed. outreach, Dick Durbin, the second-highest-ranking Democrat in the Senate, told reporters.

“I don’t see a way to make a piece of legislation” in this Congress, Durbin noted. “I love her. I think it is much more likely that we will have to deal with discrete elements” of such a plan.

Biden has proposed creating a route so that the approximately 11 million immigrants who are in the United States illegally can be naturalized.

In recent days, the number of immigrant children and families trying to enter the United States from Mexico has risen to numbers not seen since before the coronavirus pandemic. Republicans have signaled that flow in order to counter the Democrats, who won the passage of a $ 1.9 trillion law in aid against the economic effects of COVID-19 that according to polls has been very well received by the public.

In its early weeks, the Biden administration has been looking for ways to loosen up former President Donald Trump’s tough immigration policies, which included separating children from their families when they entered the United States illegally, to try to discourage the practice.

Durbin spoke three days before the House of Representatives is scheduled to vote on a pair of bills that would push parts of the Democrats’ immigration agenda.

One of those lower house bills would open an opportunity for so-called Dreamers (US residents illegally brought into the country as children) and people fleeing war-torn countries to become naturalized. The other would make it easier for many immigrant farm laborers to stay in the United States and, in some cases, to naturalize.

The two face a tough fight in the 100-seat Senate, where the 50 Democrats would likely need at least 10 Republican votes.

This is how the Senator from Texas reacted.

“I think President (Nancy) Pelosi has discovered that she does not have the support in the House of Representatives for the bill,” Durbin said of the lower house, where the small majority of Democrats leaves them with only a handful. of votes they could do without. “And I think that indicates where he ranks in the Senate as well.”

Moments later, Durbin hinted that it would be difficult to get enough votes to pass even those widely popular pieces of the bill that the lower house is moving to pass.

“We need Republican votes,” added the senator. He noted that prominent Republicans are insisting that the border issue become part of the discussion on the bills, and found it very difficult to know what to do with children arriving at the border.

Sen. Lindsey Graham, a Republican leader on immigration issues who has participated in past efforts to reach agreement on the issue, agreed that the prospects for success look bleak.

“I think it’s going to be really difficult, with what’s going on at the border,” Graham told reporters.