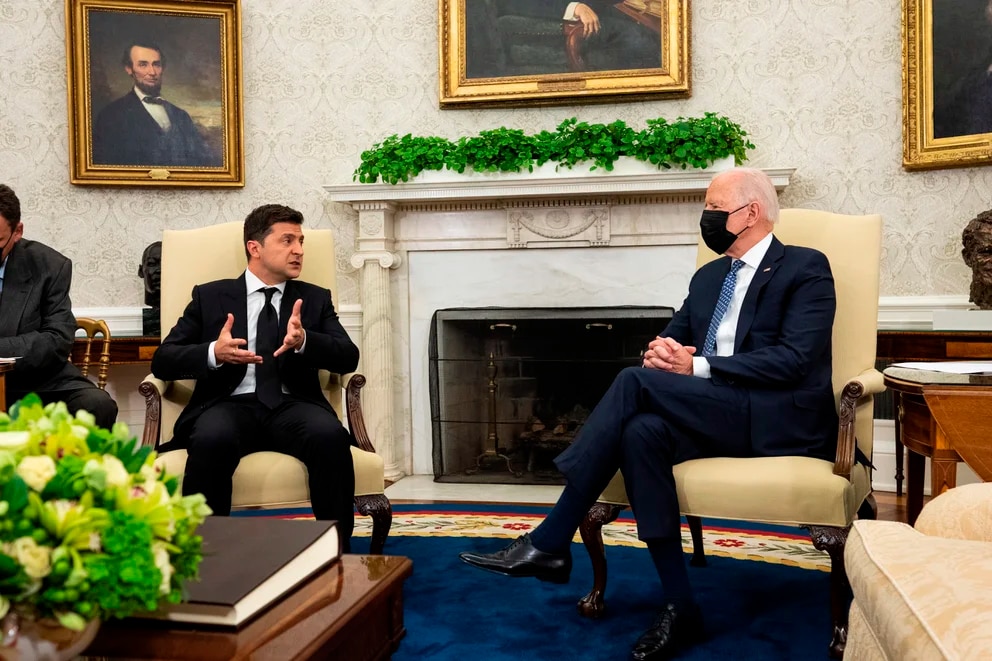 President Joe Biden issued a stern warning Thursday night that the president’s recent threats Vladimir Putin about the war in Ukraine could lead to a nuclear conflicttelling supporters at a fundraiser in New York City that the risk of nuclear war had not been higher since the Cuban missile crisis of 1962.

“We haven’t faced the prospect of Armageddon since Kennedy and the Cuban Missile Crisis,” Biden told attendeesin the second of two Democratic Party fundraisers attended by the president on Thursday night.

President Biden indicated that his Russian counterpart, Vladimir Putin, is in a situation where it is difficult to find a way out, especially after the latest Russian military setbacks in Ukraine, and that he is probably looking for solutions that will allow him to save his decisions.

Biden explained that he knows Putin “pretty well” and that he is not kidding when he says that could use tactical nuclear or biological weapons because his army is demonstrating a lower level than expected.

I don’t think you can use tactical nuclear weapons without ending up in Armageddon.”

“We’re trying to figure out: What’s Putin’s off-ramp?” Biden said, adding: “Where does he find a way out? Where is he where he not only loses face but significant power?”

Biden’s references to Armageddon are highly unusual for a US president, The New York Times noted.

What was the missile crisis

The missile crisis, known in Cuba as the “October crisis”, took place in October 1962 when the United States discovered on the 15th of that month that the USSR had installed 42 missiles in Cuba with medium-range nuclear warheads aimed at their territory and then President John F. Kennedy publicly denounced it on the 22nd.

The return of the Guantánamo base, the lifting of the financial embargo and the end of the actions of ideological subversion and propaganda, of the acts of piracy on the Cuban coast and of the sabotage, were the points that the then Cuban leader Fidel Castro – who died in 2016 – would have led to the negotiation.

On the brink of a nuclear confrontation, Kennedy and then-Soviet leader Nikita Khrushchev negotiated against the clock a solution to the crisis through an exchange of letters between October 25 and 28, 1962.

The Cubans practically found out about the agreement through the press, despite the fact that the agreement included the dismantling and removal of the missiles from Cuba, along with the withdrawal of 56 US missiles that were located in Iran and Turkey, close to the border. south of the USSR.