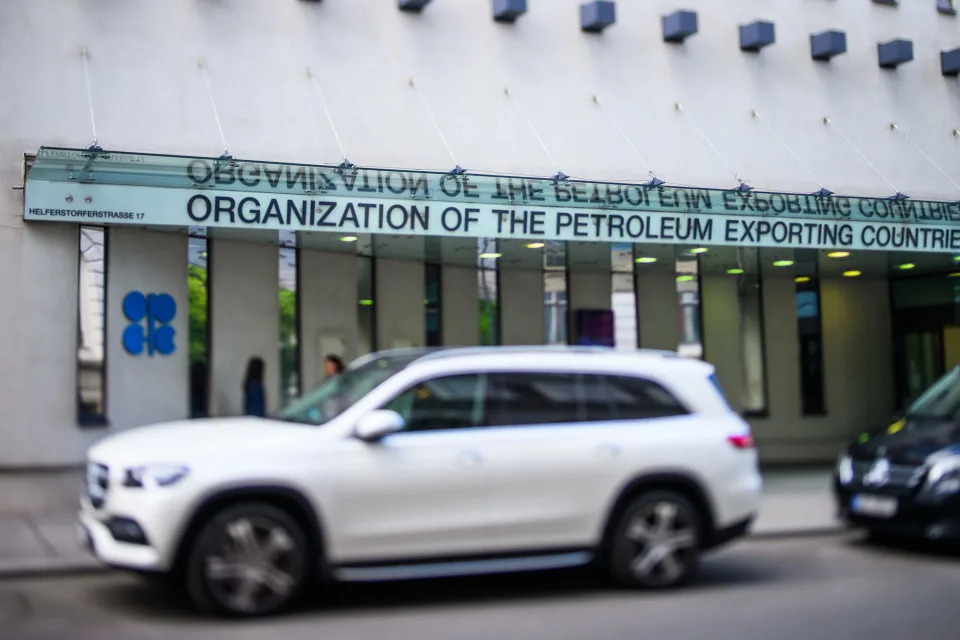 OPEC + raises its offer by only 0.22% on the grounds of not being able to open the taps more

The Mexican Stock Exchange (BMV) registered this Tuesday a decline of 0.27% in its main indicator, reaching 45,902.89 units, which meant losing the streak of three sessions with consecutive increases, amid expectations about the monetary policy announcement of the European Central Bank and the United States Federal Reserve (Fed).

The director of Economic Analysis of the Banco Base, Gabriela Siller, told GLM that investors are waiting for what could be the first increase in the ECB’s interest rate, while the market continues to show nervousness about the position of the Fed to maintain a restrictive monetary policy for a longer time than previously expected.

“Investors speculate on how restrictive the Fed’s stance may become and for how long, but economic figures such as those released today, with the ISM Services index outperforming analyst consensus, reinforce the Fed’s view of that there are still not enough downward pressures for demand and inflation,” he said.

On the day, the peso appreciated 0.7% against the dollar, trading at 20.14 units per greenback at the end of the session, after trading at 20 pesos per dollar in the previous session, according to closing data of the Bank of Mexico (Banxico).

Of the 598 firms that listed on Tuesday, 207 ended with their prices rising, 370 had losses and 21 closed unchanged.

The titles with the greatest upward variation were from the domestic products company, Grupo Vasconia (VASCONI), with 9.42%; from the telecommunications firm Megacable Holdings (MEGA CPO), with 5.38%, and from Grupo Hotelero Santa Fe (HOTEL), with 4.71%.

In contrast, the greatest downward variations were from the firm of Médica Sur hospitals (MEDICA), with -6.15%; of the real estate company Vinte (VINTE), with -4.19%; and the storage, conduction and water improvement company Grupo Rotoplas (AGUA), with -3.92%.

On the day, three of the investable productive sectors lost, led by the financial sector (-1.57%), followed by the industrial sector (-1.12%) and the materials sector (-0.27%), while only that of frequent consumption advanced (0.69%).