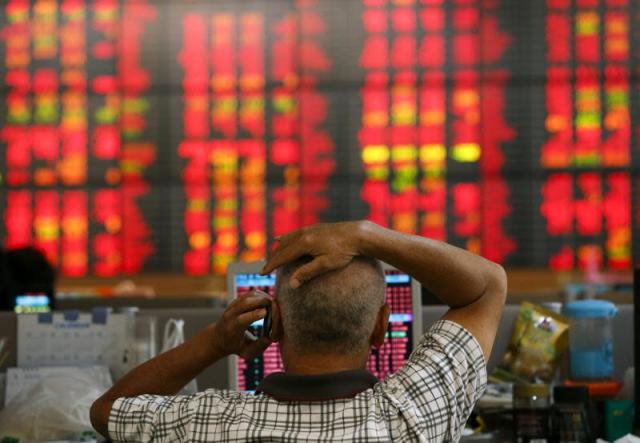 Most stocks in Southeast Asia close with losses

The sharp plunge, which comes before Amazon reports results later in the day, extended to Europe, where tech led sector declines with a 2% decline, while souring the mood in markets. world financial, in an intense day of meetings of the central banks.

US tech majors have come under increasing pressure in 2022 as investors expect the Federal Reserve’s policy tightening to erode the sector’s rich valuations after years of ultra-low interest rates. The Nasdaq lost more than 8% in January, its worst monthly drop since the end of 2019.

“The lowering of earnings prospects by Meta and other companies caught the markets by surprise,” said Kenneth Broux, a strategist at Société Générale in London. “Technology selling spread to broader equity markets this morning and with the Fed preparing to raise interest rates, we could see more volatility going forward.”

European tech heavyweights like ASML , Infineon and SAP were some of the stocks that weighed the most on the region’s benchmark STOXX 600 index, which fell more than 1.5%, in what traders saw as a knee jerk reaction to the report. Facebook. Infineon was also penalized for its conservative outlook.

Meta posted a drop in the number of daily active users from the previous quarter for the first time, as the race for users with rivals like TikTok, the video-sharing platform owned by China’s ByteDance, intensifies.

The disappointment around Meta was reminiscent of the bursting of the tech bubble in 2000 and showed that, after the sector’s record run, investors have become very selective.

The so-called FAANG group Facebook, Amazon, Apple, Netflix y Google de Alphabet has seen some $400 billion of market capitalization evaporate in the first weeks of 2022, as cheaper segments of the markets have become more attractive as central banks scale back stimulus.