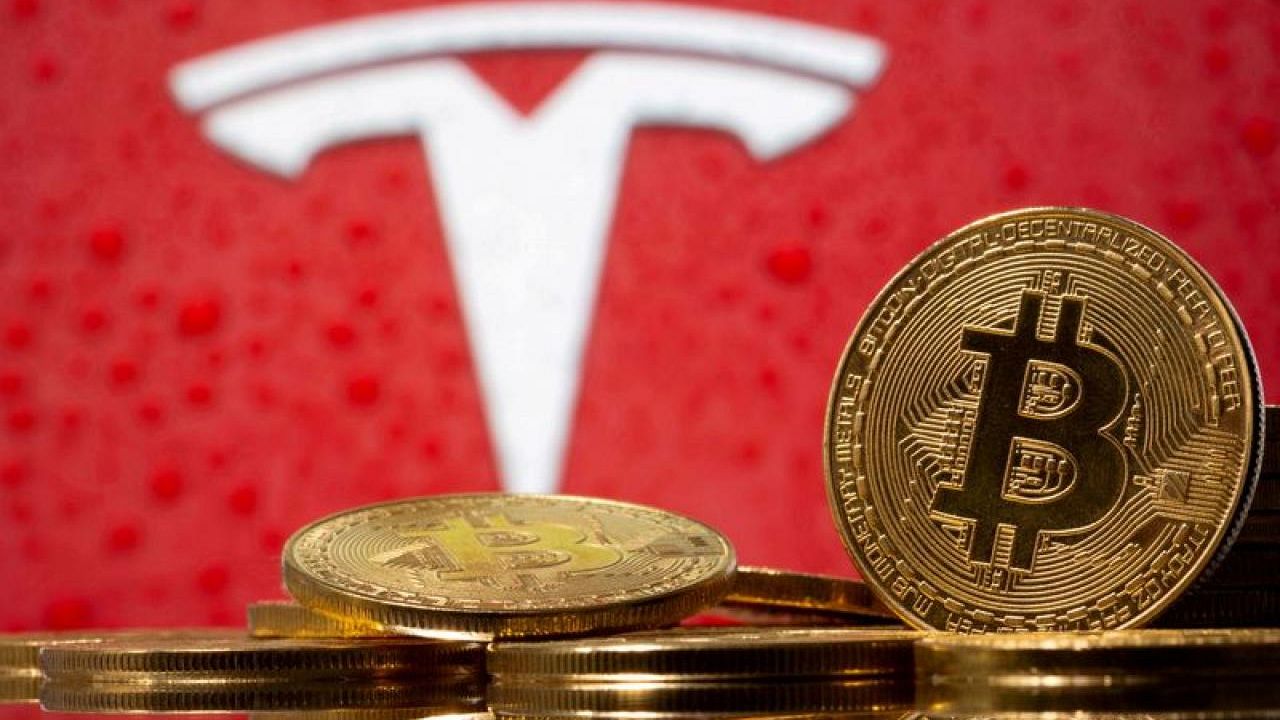 Tesla has nearly $2 billion worth of bitcoin

In the first weeks of the great spread of the coronavirus, we are talking about the end of February 2020 and the beginning of March, the general feeling was that the market had completely collapsed. We were facing an unprecedented break in activity that left many behind and that even now, two years later, has not fully ended.

That is why now you have to be cautious in the stock market , but also have the ability to take advantage of an opportunity that can be unique. Much less have we seen the worst of this war crisis and that has been evident in the loss of supports that we have seen this Friday and that changes the scenario from correction to bearish market; hence the caution and the reduction in exposure to the stock market. But neither does it have to be a generalized crisis of supply or demand for the whole world, since in most cases the exposure to Russia is limited only to the prices of raw materials and the energy that we pay, which is not nonsense either.

Really, the great repercussion for the world economy is that the growth that has already been taking place does not exceed the very high inflation rates that we have already been accumulating and that the war in Ukraine is going to exaggerate even more, probably causing a short-term panorama of stagflation . One eye on the Ukraine and the other on the central banks, which are faced with the debate of stopping the increase in prices with interest rates, reducing support to an economy that may need it or maintaining support and praying that inflation will forgive us . The first, this Thursday, the ECB will meet to see what to do in the face of this new situation.

The losses this week have caused the main European indices to have lost the critical supports that separate a correction from a bear market that could cause additional declines of up to 20%. In what has been, therefore, the worst week since the Covid crash , in March 2020, the EuroStoxx ( SX5T.ST ) has dropped 10%, in line with the Dax and the Cac, while the Ibex ( IBEX.MC ) has lost one point less since Monday.

” A fateful week is coming to an end for the European stock markets, in which the critical support that I have been suggesting you watch over the 3,600 points of the EuroStoxx 50 has finally been lost, on which it depended that the threat of attending a bear market in which to suffer additional falls of up to 20% that could lead the main European reference to seek levels where it was listed before the first vaccines against Covid, specifically in the area of ​​2,900/3,000 points”, explains Joan Cabrero, adviser to Eco trader. “The loss of 3,600 points invites, therefore, to reduce exposure to the stock market or to cover positions until reaching levels of 20-30%, which means having high liquidity for when we detect a floor from which the stock markets try to rebuild”, concludes.

Energy, the refuge of investors

Once again, investors have found refuge from volatility in energy and pharmaceutical companies. This week, values ​​such as Siemens Gamesa ( GAM.MC ), Pharma Mar and Cellnex Telecom have represented the greatest advances, of 9.04%, 6.89% and 2.88%, respectively. However, only five companies have managed to save their positive positions this week . The rest closed in the red.

One more week the banks take the worst part , since among the main falls five correspond to banking entities. Among them, the big setback has been Banco Sabadell <:SAB.D.MC:>, which has lost 21.75% of its value this week. Despite this, thanks to its good behavior on the stock market in January, the value manages to advance by close to 8% in 2022. Its decline is followed by those of IAG and CIE Automotive, of 17.81% and 17.03%, respectively.

Another lifeline for investors has been, once again, bonds. US 10-year debt approached a yield of 1.72%. In addition, the agencies S&P Global Ratings, Moody’s and Filtch downgraded the solvency rating of Russia’s sovereign debt to the junk bond category.

In the foreign exchange market, the Eurodollar has suffered severely this week. On Friday it suffered its biggest decrease in two years , of 1.3% and this week it lost 3.07%, standing at 1.09 euros per dollar. The ruble continues its downward path registering new historical lows. This week it falls 32.33%, the worst fall in the history of the currency , and the dollar is already exchanged at 0.008 rubles. The Ukrainian hryvnia signs a decline of 1.53% in the week, the worst since March 2021.

Energy remains one of the biggest beneficiaries of the Russian-Ukrainian conflict. In oil, the barrel of Brent, a reference in Europe, advanced 16% this week and exceeded 113 euros, reaching maximum levels of 2014. Gas, which was around 204 euros on Friday, is up 123% this week, a rise never seen before that places the price at record highs . Gold also joins the bandwagon of the winners and makes its price advance by 3.8% this week. With this route, the raw material is already at the levels of August 2021 and less than 5% of the historical maximums of August 2020.