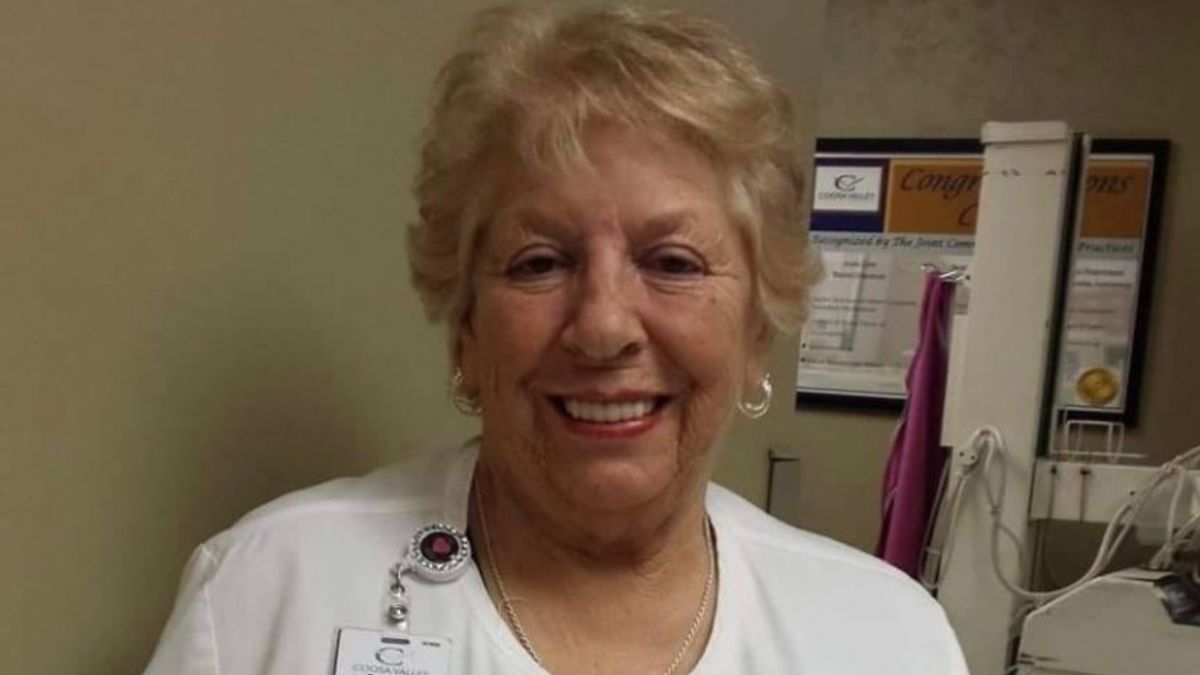 At a time when the entire world is going through a strong worsening of the pandemic, the measures that companies take to prevent the spread of COVID-19 are of vital importance, especially considering that we now know that closed spaces are the most dangerous when it comes to talking about infections.

Consulted by Globe Live Media, the doctor Marcelo Nahin, cardiovascular surgeon at the British Hospital of Buenos Aires and the Hospital of high complexity in network El Cruce de Florencio Varela, medical examiner and one of the first health professionals who defended the use of the mask when the WHO and national and international entities did not recommend it or directly discouraged its use, referred to a series of points that every company must have when establishing measures against COVID-19:

“Staff training is the first point to always consider. It does not help much if written protocols are made if it is not explained or informed against the enemy that we are fighting. This training is essential, through a face-to-face chat with social or virtual distancing through any videoconference platform, in which a trained doctor, nurse or company or factory personnel provide the main advice that everyone should know about this disease”.

“The most important thing to make clear are the forms of contagion, the symptoms that can manifest themselves, specify that the asymptomatic can infect and emphasize the infections that occur in closed places, It is very important since more than 232 scientists from several countries urged the WHO -which was slow to admit and recognize this mechanism of spread- to recognize the transmission route through aerosols or very small microparticles of the SARS-CoV virus- 2 suspended in the air ”, the surgeon added.

Ventilation is a fundamental point to take into account in the protocols.

The second point is the protocol itself. According to Nahin, “there must be a person who controls the temperature of the workers with a laser thermometer, although we know that an afebrile asymptomatic patient can enter anyway, but it does serve to detect the one with a fever, a person who should be sent home and follow the evolutionary control of their disease.

“The third point is evaluate the work environment where the task is carried out. It can be a closed environment that does not have windows, for example, or one that has windows with the possibility of natural ventilation, and you also have to consider the time of year due to the climatic factor and the very cold seasons. As long as natural ventilation can be used, you have to always be with the windows open”, Specified the specialist.

According to Nahin, in the case of not having natural ventilation, “it is advisable to consider purchasing an air purification equipment which is recommended by the Centers for Disease Control of the United States (CDC) to renew the air and sterilize it, since it takes in the air, passes it through filters, ultraviolet lamps and returns it clean to the environment ”.

Chinstraps, which cover the nose, mouth and chin, are essential elements in every protocol.

The fourth point has to do with the use of the chinstrap. “I don’t like to call it a mask because it can mislead people, since many leave their noses out for misassociating the name. The chinstrap must cover the chin, mouth and nose. It is one of the most effective weapons we have to fight against this virus and against the pandemic. Multiple studies have been done and many of them demonstrated the efficacy of masks in reducing viral load in the case of contagion, and in this way it favors the mild form of the disease”, said Dr. Nahin, UBA Honor Diploma – member ELSO (Extracorporeal Life Support Organization) and member of ICA (International CTEPH Association).

According to the expert in sanitation measures, “the fifth point for any sanitary protocol for companies is frequent and thorough hand washing. Although we know that contagion from surfaces is very low or practically zero, it is also important to insist on frequent hand washing, which reduces the spread of any infectious disease.”

The social distance of 2 meters between workers is essential according to the surgeon at Hospital de El Cruce. “One of the forms of contagion is direct through the flugge microdroplets, the emission of these small particles of saliva that contain the virus and one emits when you speak. These microdroplets, which are larger than aerosols, have a ballistic trajectory, that is to say that the contagion is direct when they go from the mouth of the person who is speaking or simply breathing into the one who is in front of less than one meter fifty”.

The social distance of 2 meters between workers is essential.

And he concluded: “An important point is to divide the employees, form teams according to the number of workers there. This is due to several reasons: if everyone is infected and becomes ill, the company is facing a serious problem. On the other hand, the fact of having a reduction of personnel working simultaneously reduces the possibility of contagion among employees. And finally, If there is a team that is contagious, one has another of backup, which will allow the company to continue operating. The last point is to instill in everyone the importance of continuing to take care of themselves at home and on the street. It is useless if the steps are carried out correctly in your working hours and when you get home do the opposite, for example when participating in massive, multitudinous events, without a mask, in closed spaces and without keeping your distance ”.

According to the doctor Horacio Garcia, specialist in infectious diseases and president of Medicar, an occupational medicine company, “the pandemic has been a great effort for all workers. For them, the main priority is to preserve the health of both their team and their families. That is why, in the middle of the quarantine, they had to change the normal development of their tasks, establish itineraries, protect the staff of their client companies and attend to the thousands of people affected.

“Among the many precautions that must be taken today, It is recommended that a certain number of chairs be disabled inside the rooms to avoid the approach of people. Further, companies must paint on the street, in front of the main building, places 1.50 m apart” he added.

People put alcohol gel on their hands to enter a shopping center in Montevideo (Uruguay).

According to the professional, “also sanitizing booths, alcohol gel should be placed in all sectors, temperature measurement when entering the Institution, as also the use of the stairs is suggested instead of the elevators”.

“We suggest Before the appearance of symptoms, the corresponding health authorities are notified, which will evaluate if it is a suspicious case in which it is necessary to resort to the detection of Viral RNA by RT-PCR, as well as the detection of antibodies against SARS-Cov-2 “, he recommended, and added:” The preventive measures taken by each of the companies are essential since the pandemic will last much longer than expected. It must be taken into account that for each infected person, between 5 and 6 close people have to be separated, which seriously affects the provision of services ”.

As the CDC advises on its website, companies and employers can play a key role in preventing and slowing the spread of SARS-CoV-2 in the workplace. Employers’ COVID-19 preparedness, response, and control plans must take into account workplace factors such as the feasibility of social distancing in the workplace, the ability to stagger employee shifts, the degree to which that employees interact with the public in person, feasibility of telecommuting work, geographic isolation of the workplace, whether employees live in group housing, proportion of employees at increased risk of serious illness, sick leave policies for personnel and priority for continuity of operations. Employers should also consider the level of transmission of COVID-19 in their communities. 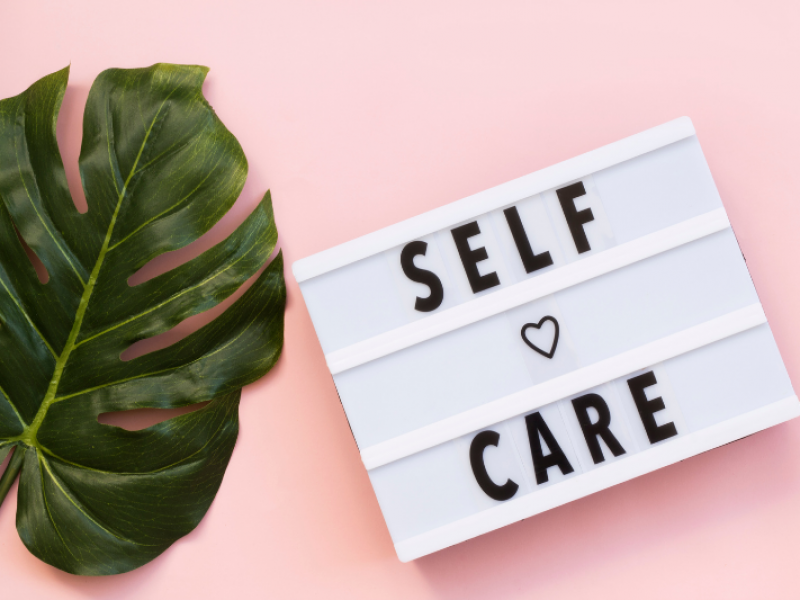