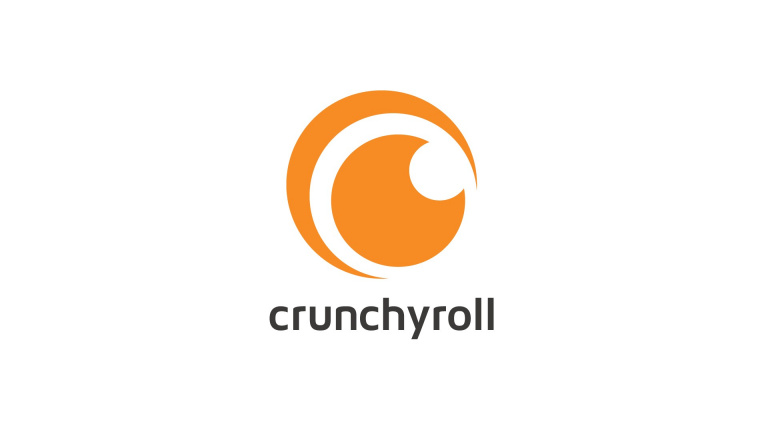 DNA, Crunchyroll, Wakanim: Anime not to be missed in January 2021

“I felt that I was happy until I found out that I had breast cancer and, well, and that’s when everything began, which was to cure me, make me well, heal,” says María Paula Castillo.

It was 2007 and, although she was two years away from starting routine check-ups, her doctor had decided to advance them due to his family history.

“I think that was a find, because six months before I had nothing. There they did the surgery, a quadrantectomy, where they take out, let’s say, the little piece of mom that is compromised. That biopsy was bad, there were malignant microcells around it. Then they go back to do a surgery, a mastectomy”, remembers Castillo.

That was the beginning of a treatment that included chemotherapy sessions for about six months and controls since then.

According to the World Health Organization, breast cancer is the most common in women in both developed and developing countries. In America, 25.2% of the cases of cancer diagnosed in women are breast, followed very far by lung (8.5%), and colorectal (8.2%).

The Pan American Health Organization estimates that more than 462,000 women are diagnosed each year and almost 100,000 die from this disease.

“Breast cancer is related to a more accelerated aging of the breast tissue. So when we as people get older, we make more mistakes or we are slower. In the case of the most molecular part, when the cell makes a mistake and cannot be repaired, a type of lack of control is generated at the genetic level in the DNA. Well, it is the transition from a normal cell to a malignant cell. The breast ages in a much faster way ”, explains Dr. Jorge Dotto, a pathologist and geneticist.

In Argentina, this cancer is the leading cause of death from tumors in women. According to the National Cancer Institute, 5,600 deaths occur annually from this disease and estimates more than 19,000 new cases per year, which represents 16.8% of the total incidence of cancer in Argentina.

María Florencia Calvo learned at the age of 29 that she suffered from breast cancer. For a few months, she had felt a small lump in one of her breasts, but – in a first consultation – a doctor told her that it “most likely” was that it was dysplasia (a presence of abnormal cells that are not cancer, although could become one in the future).

But in a second check-up, almost a year later, they confirmed the diagnosis: breast cancer.

“January 2019 I started with the treatment, 16 chemo and mastectomy operation and 25 rays,” recalls Calvo. “Was I afraid? Yes. Did I cry? Yes. Did I kick? Yes. But you have to face and deal with, even if it costs,” she says.

The importance of breast cancer screening and early detection

“The message for all women in the world is that the majority of breast cancers are low-grade. They are well behaved. And that’s why it’s so important to do a breast self-exam at an early age,” explains Dr. Dotto.

“Follow the recommendations of gynecologists in the matter of mammography, because these recommendations for prevention or early detection have been shown to decrease mortality and have an effect on the lives of women. Now, later there are other types of cancer that can become more aggressive, and this type of modality allows us to find them at an earlier stage”, says Dotto, a graduate of the University of Buenos Aires, with specializations at the universities of Yale and Harvard.

Always, but more in times of pandemic, both specialists and organizations in the sector insist on the importance of controls because they point out that many, out of fear, have stopped going to medical centers.

But they also focus on researching family history. “The most direct, most accessible and simplest information is talking with our families, to understand if someone had more cancer or what types of cancer. And then make an inquiry. So it’s part of going to the doctor, but also talking to our families,” advises Dr. Dotto.

In this sense, one of the most resonant cases in recent years on the subject stands out. “Angelina Jolie had a fundamental role worldwide when she said that at a young age she had a history of breast cancer in her mother and aunt. And that was from talking to his mother, his aunt and unfortunately he had a mutation, what we call the BRCA1 gene. But it allowed her to make prophylactic decisions, in terms of removing her mammary glands and her ovaries, to reduce the risk for her and prevent her children,” explains the doctor, who offers genetic counseling in these types of cases to generate specific prevention strategies , different from those of the general population.

The importance of containment

Beyond medical treatment, many emphasize mood and predisposition to overcome the disease. “Treatment is essential, but I also want it to be clear that we are responsible for our will to live, our happiness and our emotions,” says Calvo categorically.

In the same sense, Castilla adds: “Although doctors do what is within their power, we believe that the rest has to be done by the patient, who does not have to be so patient, but, on the contrary, has to be more very active in this matter of committing to being well ”.

For this reason, both Castillo and Calvo approached Macma, an NGO that accompanies women who suffer from the disease and that, years later, Castillo would end up presiding.

“I started looking on the Internet to see what it was, what it was that they offered. And do you know what got me hooked? Who offered wig loans. So I was starting chemo and didn’t know what to do with my hair when it fell out. Well, I called to ask what they could offer me,” Castillo recalls.

However, it was other reasons that kept her there. “I started to find women who had been through the same thing as me, who had breast cancer and who were fine. First, that they were alive, which for me was already very important. And after that they were fine. And it wasn’t a place to, say, lament or anything. Rather, it was a starting point to begin to heal.”

Among all her tasks, Macma runs numerous awareness campaigns. But one in particular had a huge impact. The objective was to show how to perform a breast self-examination, but they found that in many social networks it is not allowed to show female nipples.

Therefore, they decided to expose this situation and replace female breasts with male ones and also teach how to do the process.

“It generated a lot of repercussion. In fact, last year they asked us to translate it into other languages ​​and at the same time a social network was calling us to a meeting to tell us that they considered that it should be prohibited for children under 13 years of age, for example. We defended the campaign because, in reality, it is for the benefit of prevention and education. And well, in a certain way, it also served to be able to say that these things do not happen with a man”, reflects Castillo, although she emphasizes that the spot, at the end, warns that breast cancer can also affect men.

“A lot of people think it’s only women. And there is 1% that occurs in men. In other words, for every 100 women diagnosed with breast cancer there is a man who suffers from the disease”, she emphasizes.

Other tasks that organizations that work with cancer must carry out is to provide information to patients on how to access cancer treatments and medications, which – by law – are free, but administered by the different health systems.

One of the main problems they point to is bureaucracy and delays. “There is a lot of difficulty to access, so that the patient who needs to undergo chemo on Friday that day has the medication. There is also a lot of bureaucratic issue where unfortunately one goes to a window and they do not know what happens with the medication and they do not know what to inform you either. Many times, it is the patients themselves who do all these procedures and one cannot be thinking about these things at that moment,” explains Castillo.

Although the authorities maintain that these may be specific cases, civil society organizations decided to organize to help in these situations. “We have a group on WhatsApp where everyone asks for medication to be able to lend it when it does not arrive on time, to be able to return it later, to be able to donate it.”

But beyond the complications that may arise, for all cases the recommendation is always the same: “The key is to detect it in time, always as early as possible. It is better because it allows faster, more efficient decisions to be made in the short, medium and long term”, emphasizes Dr. Dotto.

It is enough to remember that the Pan American Health Organization warns that by 2030 the number of women diagnosed with breast cancer will increase by 32%.

This Is the Perfect Type of Exercise to Calm Anxiety

Do You Have Hot Flashes? Watch Your Muscle Mass

Avoid Venous Thrombosis With These Exercises