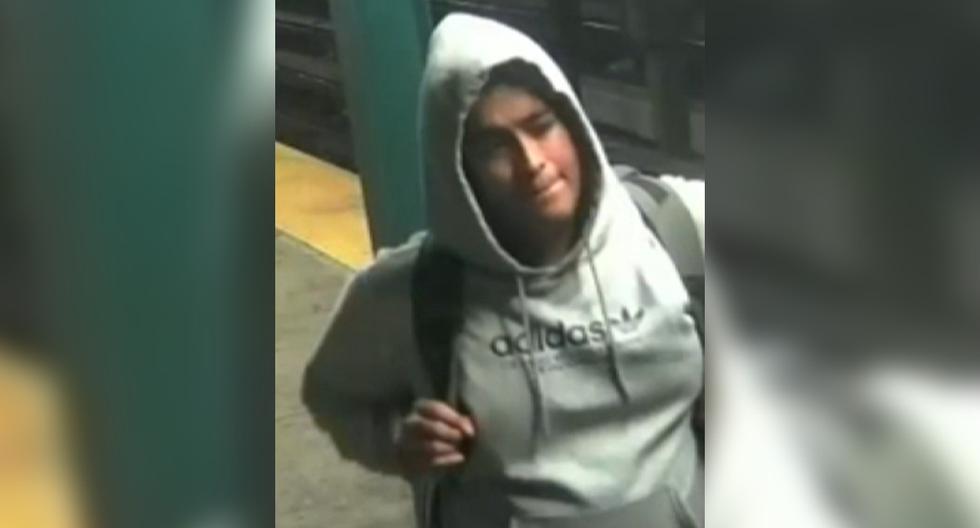 New York: The search for a woman who pushed an elderly woman onto the subway rail

The criminal began his robbery plan in Williamsburg on December 20 and continued until January 5 at 12 Chairs Café where $10,000 was stolen from a safe, according to the New York police.
A serial criminal has robbed at least eight popular Williamsburg restaurants and bars, making off with more than $30,000 in cash in two weeks of robberies, authorities said Monday.

The suspect was filmed looking directly into a security camera, looking bewildered, wearing glasses and a Champions hoodie, at an attempted robbery in December, according to a photo released by the New York Police Department. York.
The party began on December 20 at Ainslie, an upscale Italian restaurant on Ainslie Street near Keap Street, where he stormed through the roof and made off with $10,654, officials said.

Also, on December 26, he initially tried to go to The Richardson Bar on Graham Avenue, entering through the basement door around 4:00 in the morning, but left without taking anything with him.
Nearly 40 minutes later, he entered the front door of St. Mazie’s, a jazz bar and restaurant on Grand Street, near Marcy avenue, and apparently took $2,000 from a safe before absconding, police said. .

On December 30, officers said the subject entered Jajaja Mexicana through the basement door at approximately 5:00 a.m. and stole $1,915 from a safe at the plant’s restaurant on Kent Avenue, near of North 7th Street.
Shortly after, in at least 30 minutes, he went to Teddy’s Bar and Grill on Berru Street, near North 8th Street, entered through the basement, but did not take anything, the New York Post reported.

He tried again 90 minutes later at the Cozy Royale restaurant on Humboldt Street, in the vicinity of Jackson Street, and as he did earlier, he entered through a basement door, deputies said.
While inside the restaurant, the criminal seemed surprised when he looked at the security camera, according to the published images and a screenshot released by the police while they asked for the public’s help in locating him. He left the place empty-handed.

The suspect resumed the robberies this new year. He entered the Deux Chats cocktail bar through a basement door at 2:40 a.m. Jan. 4 and stole about $5,500 from a safe, authorities said.

🚨WANTED for a BURGLARY PATTERN: Recognize him? On eight different occasions, between 12/20/22 – 1/5/23, the suspect forcibly entered several locations in Brooklyn & removed cash. Have any info? Call or DM @NYPDTips at 800-577-TIPS. All calls are anonymous. pic.twitter.com/G68hdPD0JZ

At around the same time the next day, officers said he entered through the front door of 12 Chairs Café, an Israeli restaurant on Whythe Avenue.