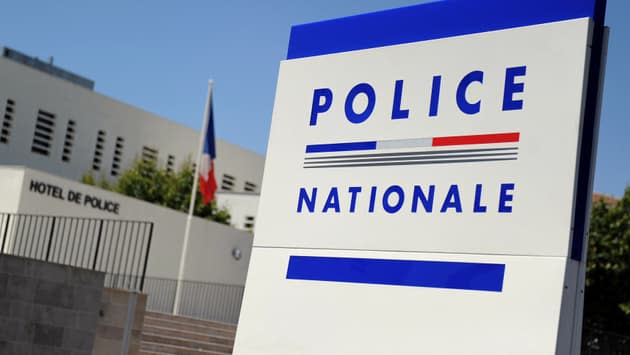 Nancy: a 14-year-old girl kidnapped and abused by a group of people

The Guttmacher Institute, an NGO that defends sexual and reproductive health, has found that abortions performed in the United States increased by 8% between 2017 and 2020, reversing the downward trend that had characterized the previous 30 years. The data correspond to an investigation published this Wednesday that demonstrates, according to the organization, the need to protect and maintain abortion as a legal option, on the eve of the Supreme Court ruling that will foreseeably end the right to voluntary interruption of pregnancy (IVE ) in most of the country.

This upward trend means that the impact of revoking the Roe v Wade case of 1973, which legalized abortion at the federal level in the United States, would be higher than expected, according to researcher Rachel Jones, co-author of the study. “In the twenty-odd years that I have been researching abortion at Guttmacher, this is the first time that we have seen a sustained increase in abortions for two years,” Jones said, in statements collected by the Reuters agency.

By comparison, disruptions in Missouri dropped 96%, from 4,710 in 2017 to 170 in 2020, as all but one abortion clinic left the state. Neighboring Illinois had a 25% increase, indicating women from Missouri may have traveled there.

The Guttmacher Institute study does not explain the reasons that have led to the spike in the number of abortions, but points to a couple of possibilities. One factor may be the expansion of medical coverage in many states thanks to the expansion of the Medicaid program, which provides health care to people with fewer resources. Another possibility is that some women have not been able to access contraceptive methods due to the cuts suffered by some public programs during the presidency of Donald Trump (2016-2020), which would have led to a greater number of unwanted pregnancies.

The pandemic was not a trigger for unplanned pregnancies followed by abortion, the researcher explained. However, as the coronavirus spread through New York, many clinics cut their hours, reducing the ease of access to the procedure; hence the increase in interruptions in this state is lower than in others. The last year that is the subject of investigation coincides with the first of the pandemic, the most rigorous in terms of the closure of activities and a radical change in life habits.

In Texas, for example, the conservative majority considered abortion not an essential service during the height of the pandemic, leading to a slight drop in 2020 from the previous year. However, in the three years as a whole, the number of abortions performed in that State increased by 5%. In September, Texas marked a turning point in terms of access to the procedure, after passing very restrictive legislation, the so-called law of the beat, which prohibits the termination of pregnancy from the moment a fetal heartbeat is detected; that is, around the sixth week of gestation. The legislation is also an invitation to denunciation, since it urges individuals to denounce women and health personnel who participate in an abortion. Many Texans have sought refuge in other states, while New York this week approved a legislative package to legally protect —by denying their extradition, for example— women who abort and come from other territories. Oklahoma has amended and expanded Texas law, banning abortions from the moment of conception.

“States have been increasing their attacks on the right to abortion and access to [al mismo] in anticipation of the Supreme Court’s decision, and surely 26 states are now ready to immediately ban abortion once [sea] reversed the decision of Roe against Wade. People with very few resources and marginalized groups are the most affected by the prohibition of abortion and other restrictive policies”, indicates the study by the Guttmacher Institute. Of those 26 States —which constitute approximately half of the country—, 13 have triggering laws —or trigger laws, as they are called in English— that imply the immediate adoption of the possible veto of the Supreme Court and would prohibit the interruption in the first and second second quarter. A negative ruling by the High Court would leave the 26 million women of childbearing age residing in those states without access to abortion.