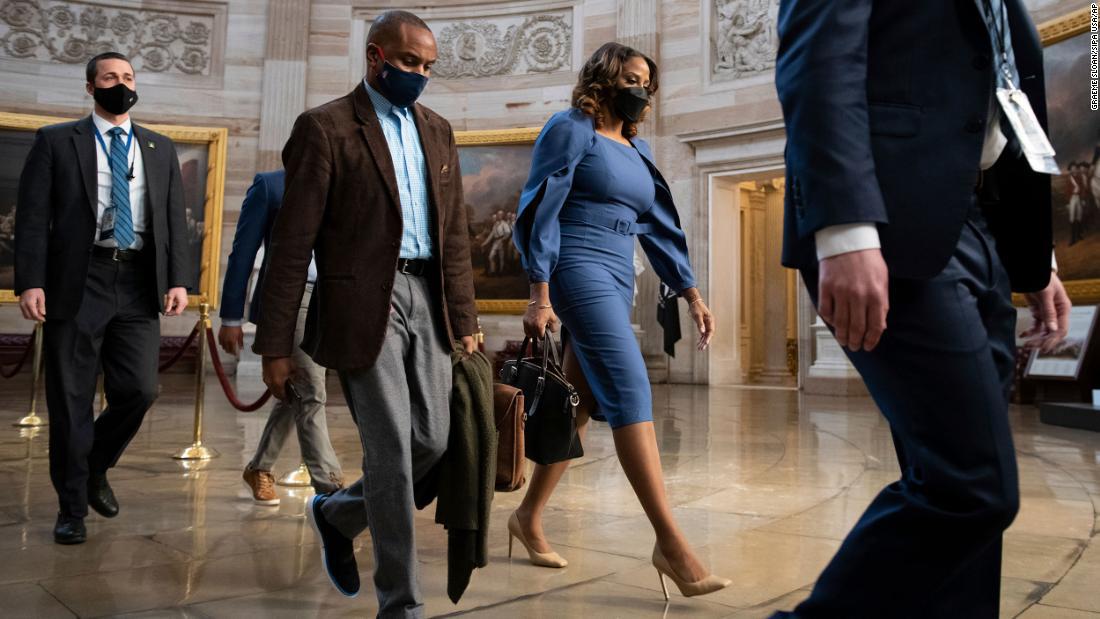 Prosecutors to finish impeachment trial against Trump in Senate

Immigrants originating mainly from Cuba have unleashed a new crisis in Florida, where Republican Governor Ron DeSantis has activated the National Guard, while several non-citizens are released by ‘La Migra’

Florida is facing a complex situation due to the arrival of hundreds of immigrants from Cuba and Haiti, since while local media reports indicate that the Customs and Border Protection (CBP) office has released dozens of people, whom it could have placed remote surveillance, Governor Ron DeSantis activated the National Guard.

Republican DeSantis, who has expressed his opposition to the arrival of immigrants, activated the Florida National Guard on Friday to respond to the influx of immigrants arriving by boat in South Florida.

The position of the Republican governor, whose name leads in polls along with Donald Trump for the presidential candidacy in 2024, could complicate his relationship with voters of Cuban origin or descent, since most of the immigrants are from Cuba.

This is also a negative step with the Government of President Joe Biden, since DeSantis points directly to the Democrat for the immigration situation.

“As the negative impacts of Biden’s lawless immigration policies continue unabated, the burden of the Biden Administration’s failure falls on local law enforcement who lack the resources to deal with the crisis,” charged DeSantis, who is under investigation for sending immigrants from Texas to Martha’s Vineyard.

Several of the immigrants have been released from the immigration processing center in Dania Beach, according to local media.

Some of the released migrants are part of the more than 300 who arrived last weekend at the Dry Tortugas National Park, according to Local 10 television this Saturday.

According to the same outlet, some of the migrants were released this Friday night from the CPB station in Dania Beach, located 57 km north of Miami.

Citing the Border Patrol, the local channel CBS4 also pointed out this Saturday that more releases of immigrants are expected this weekend, since “people are not held here for more than 48 hours.”

Until now, the immigration authorities have not reported the releases or the numbers of those released.

Cuban and Haitian migrants who are apprehended both at sea and upon landing are often repatriated by the US Coast Guard.

The massive arrival of undocumented immigrants on boats to South Florida is causing a humanitarian crisis that has forced the authorities to channel resources to attend to at least 690 who arrived last weekend in the Florida Keys, according to federal authorities.

To these immigrants are added some 606 more who have been intercepted at sea by immigration authorities, according to figures released by the Southeast Homeland Security Task Force (HSTF-SE).

The arrival of more than 300 migrants last weekend at the Dry Tortugas National Park forced its temporary closure in the middle of the holiday season in order to facilitate the rescue efforts of these people stranded on the islets.

The United States National Park Service announced yesterday that Dry Tortugas will reopen this Sunday after the transfer of migrants.

As reported by the US Department of Homeland Security, a Coast Guard ship transferred last Thursday the migrants who remained in Dry Tortugas, 337 in total, to Key West, in the extreme south of Florida, the same day that the president, Joe Biden, warned about the expulsion of migrants who enter the country irregularly.

Biden announced Thursday a new program for refugees and asylum seekers from Cuba, Haiti, Venezuela and Nicaragua that requires prior authorization through a process with a sponsor and background checks.

At the same time, Biden assured that Mexico has agreed to admit 30,000 migrants a month from those four countries who are expelled from US territory for crossing the border irregularly.

For his part, the governor of Florida, Ron DeSantis, signed an executive order this Friday that allows him to mobilize National Guard troops and allocate new state resources to face the migratory wave of Cubans and Haitians that is affecting the south of the state, as well as “help relieve pressure on local resources.”

Walter N. Slosar, chief of CBP’s Miami Sector, noted in a recent statement that since October 1, 2022 this sector has experienced a 400% increase in people arriving by sea and being detained upon disembarking.