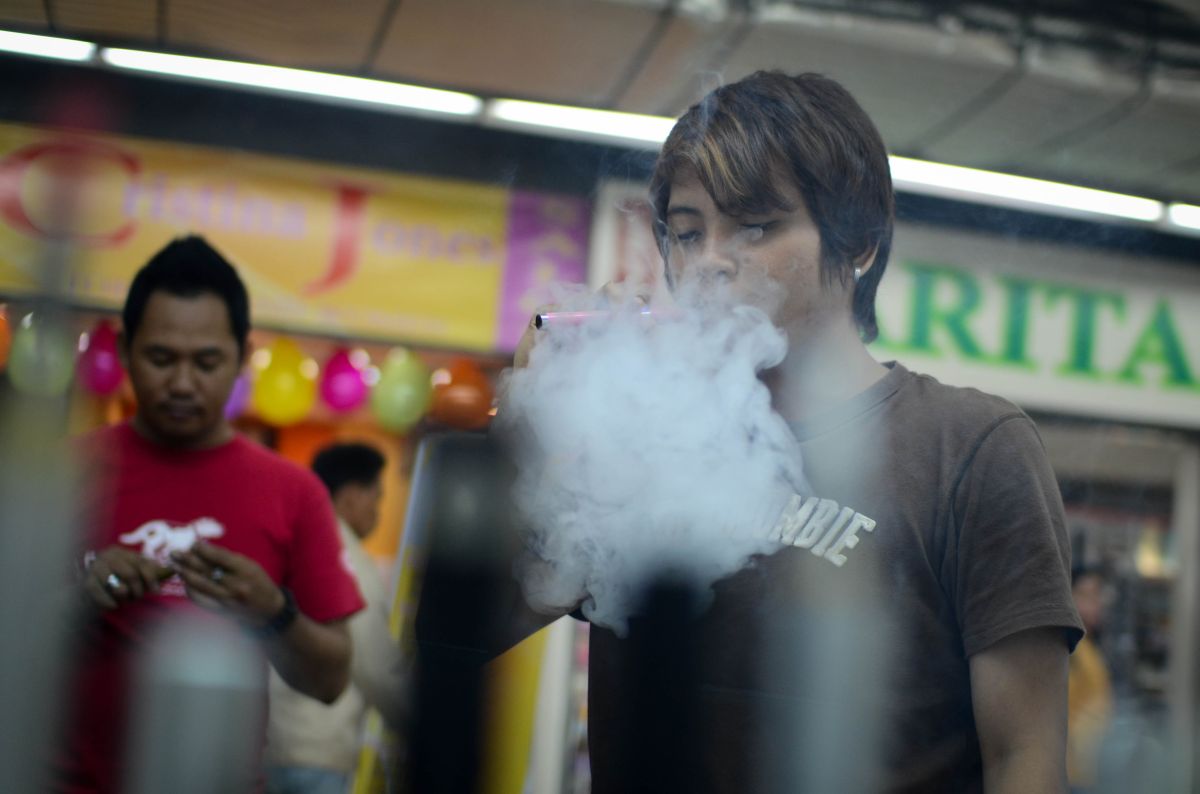 E-cigarette use among teens up 21% from last year: study

Protesters from both groups want a better democracy and for the INE to be an autonomous body in Mexico, but with misinformation and lies they get nowhere

Between shouts, insults and accusations, dozens of people gathered on Sunday in front of the General Consulate of Mexico in Los Angeles to advocate for and against the electoral reform initiative proposed by the president of Mexico, Andrés Manuel López Obrador (AMLO ).

The reform, which is under debate in the Chamber of Deputies, aims to create significant changes to the National Electoral Institute (INE), an “independent” body in charge of organizing free, fair and reliable electoral processes; however, in the past he has been involved in a series of irregularities that have questioned his impartiality in favor of opposition parties.

Some changes include changing the name of INE to INEC, which means “National Electoral and Consultation Institute”, cutting its councilors from 11 to 7, promoting electronic voting, eliminating 200 deputies and 32 senators and reducing the financing of political parties between other changes.

The Los Angeles brawl that blocked the street had the leaders of both groups on the truck bed shouting heatedly into their microphones and sometimes even directly insulting each other.

INE supporters in Los Angeles believe the reform represents a threat to democracy both for Mexicans in Mexico and abroad. They indicated that the proposal not only seeks to replace the INE, but also to cut the electoral arbitrator by approximately 4.5 billion pesos ($230 million dollars), which they say would affect the electoral participation of Mexicans abroad and their ability to use their credentials to vote for identification purposes.

Guadalupe Gómez, a participant in favor of the INE, said that she is not against everything that the government proposes in the electoral reform, but there are some things that do not make sense.

“We are in favor of not changing the way they are chosen because it would weaken the referee. It doesn’t make sense,” Gomez said. “Too much progress has been made and what is not broken should not be fixed.”

She indicated that as an example of the good work that the INE has done in the past is that López Obrador of the National Regeneration Movement (MORENA), became president of the Mexican Republic. Another example of the benefit is that there are currently 22 states in the republic with governors from this movement.

Teresa Corona, one of the fervent defenders of the INE, said that she is an American citizen, but she is of Mexican nationality and has a lot of love for her country. She wants the INE to be free so that there is transparency.

“We don’t want anything from MORENA because it’s the worst thing in Mexico. This government gives it a saint with money, but it is the most thief of all, “said Corona. “The INE must be 100% free because if not, it will leave the legacy of communism like Cuba and Venezuela.”

Those in favor of the Electoral Reform indicated that since the creation of the INE—previously called IFE, Federal Electoral Institute—this “autonomous” body has been under the political control of the conservative PRI and PAN parties.

Francisca Vargas, who engaged in a shouting match with Mrs. Corona, said that the INE is corrupt and she is tired of this continuing to happen. She asserted that for her the best thing would be for her to stop working because she is not representing the masses.

“I have my mother, uncles and cousins ​​in Mexico, that’s why I defend my country. I left Mexico, but I carry my country in my heart. I want a Mexico that rises like López Obrador,” Vargas said.

Juan José Gutiérrez, director of the Coalition for Full Rights for Immigrants, said that the Mexican political system needs to be further reformed to make it more democratic, inclusive and participatory.

“We are in complete disagreement with this group against… Most of those who are against have been comrades fighting for immigration reform in the United States, but when their interests are touched they get angry,” said Gutiérrez.

Gutiérrez asserted that the INE is not going to be eliminated. That is a lie, he expressed. It will continue but with the change that four members including director Lorenzo Córdova will be removed.

Gutiérrez explained that according to the current law, since the INE was created in 2014, the rule is that the party in government, when there is a changeover, if it has control in the congress —senate and chamber of deputies— can select the replacements for those people.

“Nobody has more political power right now in Mexico than MORENA, therefore the next four members are going to be from MORENA. With that, we are going to have an absolute majority, as they have had since the founding of the INE in 1990,” said Gutiérrez. “They believe that democracy means that they are always in control and now that there is going to be a change, they are no longer happy because they cannot continue stealing right and left through their supposed representatives.”

A survey conducted by the INE itself recently revealed that 93% of respondents support electoral reform. Some of the points that received the most support is the reduction of resources to political parties, to the INE and the reduction in the number of deputies and senators.

10 points to understand the changes proposed to the INE

1- It will continue to be autonomous

2- It does not disappear, it changes its name: National Electoral and Consultation Institute

7- Financing for political parties is reduced, now only for electoral campaigns

10- The INE budget will be reduced, since it is currently one of the most expensive in the world