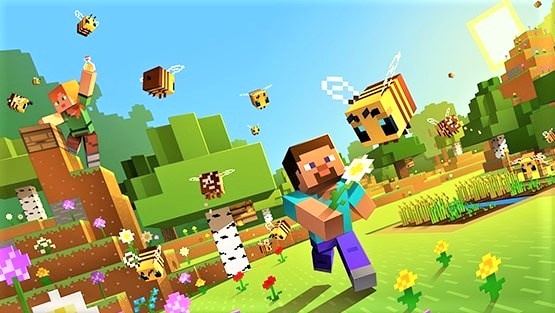 Fan turns Minecraft into an MMO: Thousands of players without lag in one world

At the most recent Game Awards 2021, Deep Silver and Volition presented a new trailer for their upcoming Saints Row reboot game.

After porting Saints Row IV: Re-Elected to Switch in March 2020, then the remaster of the third episode titled Saints Row: The Third Remastered in May of the same year, Deep Silver had planned to embark us on the adventures of the Saints again, with a reboot that was to see the light of day in 2021.

This was without counting on a significant postponement that had postponed the arrival of Saints Row, currently dated August 23, 2022.

The 2021 edition of the Game Awards was an opportunity for the publisher of the Saints Row series to unveil a new trailer, so that we can have a few more images to eat.

There we see different gangs, as well as a glimpse into the chaos-filled story that is expressed in an open world. On the program are destructive weapons, melee combat, in addition to collisions and destroyed devices that do not fail to create collateral damage.

The images presented in this trailer also allow us to glimpse elements that remind us of what makes Saints Row a franchise tinged with humor and strangeness.

We see wacky outfits and other unusual-looking weapons and gear, which accompany us, especially in the new feature that was previously presented.

Entitled “Criminal Ventures”, it allows us to choose a sector in order to establish our business there and to extend our influence throughout Santo Ileso. In addition to the choice of the type of business to set up, this function also influences the characters to meet during our ascent, as well as the game mechanics and the rewards obtained.

Saints Row is slated for release simultaneously on PlayStation 5 and PlayStation 4, Xbox Series X / S, Xbox One, and PC, on August 23, 2022.