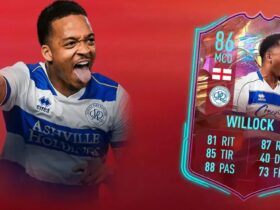 FIFA 23: Is Chris Willock Rulebreakers worth it? + SBC Solution

With the many Cloud Gaming offers that exist, Netflix has rushed into this path by announcing a project in the same genre. After Google Stadia, which completely lost the battle, the SVOD giant wants to compete with XCloud, Microsoft’s service.

If you haven’t been following gaming news lately, Google’s Cloud Gaming service will officially shut down in January 2023. In its wake slips Netflix, the SVOD giant who also wants his share of the cake.

While other major video game players are investing in the field of Cloud Gaming, such as Microsoft, which offers the Xcloud service, Netflix wants to compete with it. For a long time, Game Pass was called the “Netflix of video games”, but now Netflix really wants to be.

For a year now, Netlix has officially launched in Cloud Gaming with five mobile games offered on Android. The new branch of the company is trying to take the turn of cloud gaming to offer a large catalog of titles to their subscribers. The goal is to make video games accessible to everyone, and the subscription has made its way into our homes so that we all accept it today. With a portfolio of around 200 million subscribers, Netflix would like to offer titles exclusive to its platform, and capitalize on a still nascent market in the world of video games.

Netflix does not want to replace your Xbox Series or Playstation 5 console, but invites itself into your toy library in a more gentle way. This is where Netflix is ​​strong compared to Google Stadia, which has thrown itself body and soul into a sort of console/service hybrid, with a €69 controller offered separately. But above all, Stadia offered in addition to its subscription, games at a high price, without any reduction. Netflix takes the opposite of this commercial policy by offering games “for free” via this subscription.

One of the big flaws of Cloud Gaming is the quality of play that the service can offer us. Netflix must succeed in the bet of the network infrastructure, which is the key element that will allow the service to be perceived as real added value for subscribers.

Broadcasting films and series is clearly something other than offering real-time video games to users. The game needs to run smoothly, with very low latency so that the player is comfortable during the experience. In the US, the problem with Cloud Gaming lies in the fact that internet subscriptions are limited by the providers, so the bandwidth of Americans can suddenly become very low. In France, even if many areas are not covered by fiber optics, our connections are much more stable and access providers do not change our bandwidth on the fly.

In the meantime, we still haven’t seen any real technical demonstrations of Cloud Gaming, Netflix version, or games designed for this kind of practice. Titles are already available on Android, but the branch of Netflix dedicated to the creation of video games has not yet released a trailer for future titles on the platform.