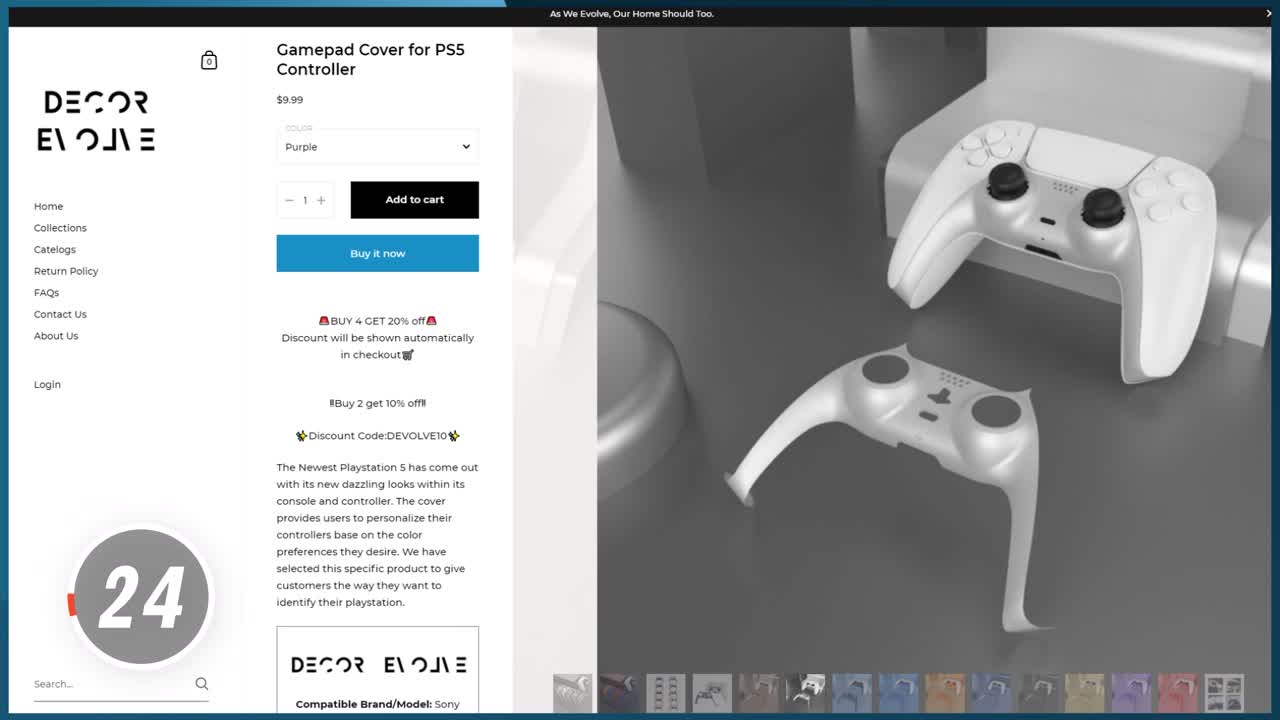 PS5: A Controller with a different color, it’s Possible!

We take a look at MotoGP 21, the next installment in the popular Milestone franchise. The two wheels debut in the new generation of consoles.

Milestone does not miss his annual appointment with the two wheels. The official video game of the Dorna championship returns after a year marked by the COVID-19 crisis . For many, MotoGP 20 was an essential way to enjoy the World Championship from the safety of the virtual environment. But beyond its value due to the circumstances that surround us, the delivery of 12 months ago stood as one more step in the evolution of virtual motorcycling.

MotoGP 21 tries that upward advance, just as the British Codemasters have done since they took the reins of Formula 1. This year’s delivery takes on a different, special caliber. The new generation is already established. PS5 and Xbox Series X | S are more than just the future of the industry; they are the present . For this reason, the study has been encouraged to take advantage of the capabilities offered by the console, although from a fairly conservative plane.

Sensations on the track

During the preview that we offered you in March , we were already praising some of the elements refined this year. We are referring mainly to the suspension system , a feature that fully impacts when it comes to getting on the handlebars. It is a dedicated improvement primarily among the hard core of the community, those players who already have extensive experience in the Milestone journey.

The suspension influences in a more realistic way than before. With just a glance at the screen, you can predict where the motorcycle’s power is going, its tilt … in short, it naturally transmits when we should give gas, knowing how far you can take your mount before it goes over revs. The system is not something that is appreciated in the lower levels of difficulty. In fact, we strongly recommend that you remove the cornering aids. Control is greatly improved when there is nothing interfering with your stick position.

This playable boost goes hand in hand with the temperature of the brakes. When you are a novice, it is common to force the brake when cornering. In MotoGP 21 it will be penalized not to attend to the situation of your pads . If you have them very cold or very hot, they will lose their effectiveness. Being at one of these extremes, when you demand that they work they will not do it the way you want. This can lead to situations in which other rivals can intervene, and it is common to take someone ahead when you have not noticed it.

You will fall a thousand times. Returning to the track after kissing the gravel is a moment that is constantly repeated. Although there is a mechanic that allows you to rewind events, from Milestone they have wanted to provide a little more coherence. There is an option in which you will have to run towards your motorcycle , as real riders do. The sequence is slow: after falling, a curtain places you near the bike. You simply have to move the stick to the position of your mount. The rider runs automatically, and the camera locks to focus exclusively on the bike. It is still an anecdote for those who are more fully involved in the game.

On the other hand, ANNA continues to improve its capabilities . It may sound repetitive, but it is. AI adjustments (by percentage) make opponents act logically. However, they do not always give the usual margin in real life. Some actions are carried out without blinking, without knowing that we are there and that we are trying to fight. They go from aggressive to high difficulties. The introduction of the long lap penalty is appreciated.

The Career mode is the cornerstone of MotoGP 21. This mode will allow you to take your alter ego to fight everything for everything against the official figures of the three disciplines. As soon as you start, and due to the very special situation that the planet lives, the title allows you to select what type of calendar you want to play, if the full one in 2021 or the Grand Prix that will be held in reality, such as the double session in Losail .

Starting with Moto2, your reputation will determine if you can build your own youth team . Signing with a team will allow you, when you are popular, to establish your factory of young talents. From hiring a team manager who gets sponsors and signs drivers, to selecting your agreements, following the evolution of the drivers, and so on.

It stings the bug to continue exploring this mode , since its performance has a full impact on our pocket. With more credits we can form a team of authentic qualified professionals. The development trees of the motorcycle that we already know are also linked to the research areas in the four main departments: engine, chassis, aerodynamics and electronics.

If you choose Honda, for example, you can go to the panels at its headquarters to hire more staff. The more and better they are (up to a total of 11 per area), the more data they will produce on a weekly basis. It’s not just enough to be good at the controls; we must also have muscle in engineering. The winter tests are a fantastic opportunity to ease the first steps of the season.

We miss improvements of greater weight. At launch we will not find the Red Bull Rookies Cup, we can only start from any of the three official displacements. The MotoE will also not appear from the start in the fast action and championship modes. Of course, they will arrive soon.

MotoGP 21 in the new generation, a real leap?

We have done the analysis based on the PS5 version . The graphical aspect, improved compared to what was seen in the last generation, does not seem to take advantage of the full capabilities of the console yet. It runs at dynamic 4K resolution at 60 frames per second, the modeling of the bikes and riders on the track is of a high level, but the scenery and lighting are not yet at that point that is expected in this hardware.

PS4 and Xbox One still drag you to achieve the potential we want. It gives off the feeling of being an intergenerational title . Although not everything is negative in this regard. SSD memory allows load times to take just over a couple of seconds between runs. For a very short time, control of your hands will be taken away.

That it is not the graphic jump expected in systems like PS5 and Xbox Series X | S does not mean that it is visually bad. No. Effectively transfer the license , treat it with affection. We have not seen any drops in performance, just some low quality textures. In the rest, it is in the same line of the last edition.

The PS5 version has yet one more element added to the equation: the DualSense . Users are quite curious to know how the first native driving titles behave. Beyond those initial steps with DiRT 5 or WRC 9, to name a few, Milestone has sometimes shared his fascination with the technologies he has.

MotoGP 21 makes use of haptic feedback and adaptive triggers quite cleverly. In the chassis of the control we feel the revolutions of the motorcycle in real time. We can predict from the palm of our hand when to shift into or out of gear. We are talking about a function that becomes mechanical, and that is to be appreciated. As for the triggers, we must confess that we have had our pluses and our minuses. They mimic the hardness of both levers, both the brake and the acceleration lever. It’s a bit uncomfortable to brake when the resistance is so high. Fortunately, the degree of action can be adjusted from the same menu. 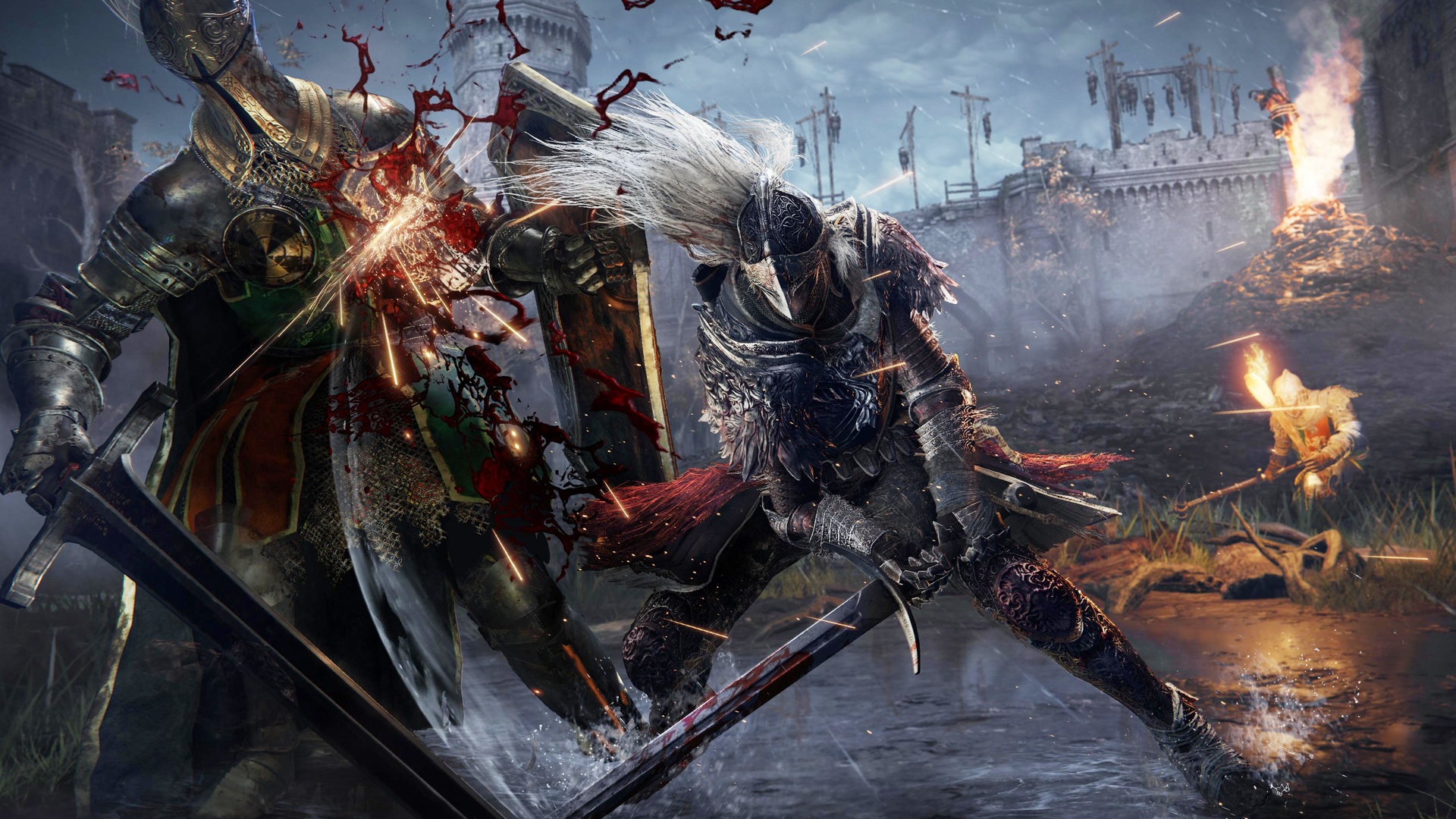