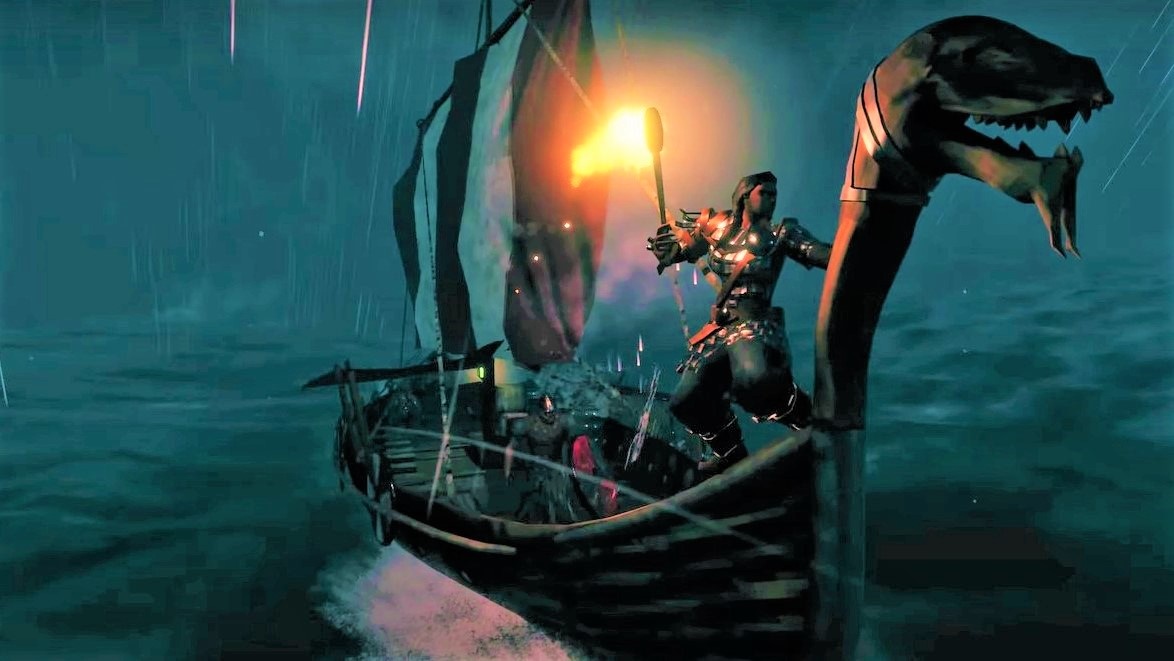 Freshly released in early access, Midnight Ghost Hunt has everything to become a small phenomenon on streaming platforms, Twitch in mind. Offering a game of hide and seek between 4 ghosts who can have objects to hide themselves and 4 hunters equipped to the teeth to detect them, the title of Vaulted Sky Games meets all the conditions to create incredible situations. We rubbed shoulders with its Early Access to make sure it was in good shape to go ghost hunting.

Perhaps you have already heard of the concept of prop hunt. This is an asymmetrical configuration in which a hunter has powerful tools to detect a player who has the possibility of hiding in objects to escape the vigilance of his predator.

Midnight Ghost Hunt takes over the principle and pushes it further. Here, the game of cat and mouse takes place between two groups of 4 players who will alternately take on the roles of hunters or ghosts.

On each of the 7 maps of the game with a very cartoon design and going from the manor to the pirate ship, the approaches of the two camps will be different. Hunters, for their part, arrive at the end of the map, already equipped with a weapon to disintegrate ghosts, a gadget generally intended to facilitate their detection and a passive skill improving certain statistics.

The predators only have 5 minutes to find the 4 opposing ghosts. After this time, midnight strikes and if there is a surviving ectoplasm, all the other ghosts come back to life and have greatly boosted statistics: their life is greater in the same way as their damage. It will therefore be necessary for the hunters to survive 4 minutes before being exfiltrated to win the game, or to attempt to confront and kill the opposing specters.

The roles are naturally reversed on the side of the ghosts, who are, in the first phase of the game, particularly vulnerable in the open and who must therefore use elements of the decor as much to hide as to use them as a shield. By the time hunters arrive, they have a little over a minute to own an item.

Possession is a single click, and you can jump from object to object in the same way. When you have taken possession of an object (be it a piece of cardboard, a flowerpot, a sofa or a gargoyle, for example), you can freely move with it, and that is more than recommended. Why ? Simply because a ghost’s inertia increases the ease with which hunter gadgets will detect it.

This little mechanism is therefore quite relevant since it will force the ghosts to always remain a little in motion, because without this constraint, given the very large number of objects present in each map, detection would be much more complicated. Once 5 minutes have passed and if you or one of your partners are still alive, midnight strikes, as we explained above, and your whole group comes back to life and can freely attack the hunters with increased power.

But the question arises whether playing one or the other group presents an imbalance. In reality, not really. If there is a slight problem of balancing between the different equipment of the same camp, it is quite possible to get out of it very well on one side or the other, because the game isn’t just about running down hallways to detect moving streetlights or waiting in a flowerpot hoping not to be found by the ghostbusters across the way.

Indeed, on one side or the other, you will be able to play varied games by changing equipment to better adapt to the game situation. Both sides have a dedicated space on the map which allows them to change in full part of their arsenal, subject to a slight waiting time between two changes.

Thus, in the stalking phase before midnight, hunters will undoubtedly prefer melee weapons and tools that facilitate the detection of ghosts. Radar, probes detecting the noises of ghosts, filter intended to reveal their most recent steps, you will have at your disposal a whole bunch of rather complementary gadgets.

The same goes for weapons, which range from a simple ectoplasm pistol to a boosted flamethrower and a powerful shotgun, weapons that are more useful during phase 2 of the hunt. However, you will only be able to unlock equipment if you manage to accumulate skill points over the course of the games.

If each session brings you a small amount of shards, the in-game currency, does not suck up the ashes of ghosts, kill a hunter, in short, having actively participated in the victory of the group will increase your capital and you will be able to expand your arsenal.

For their part, the ghosts have slightly more original powers. In addition to object possession, you can also, for example, use telekinesis to swing objects at the heads of hunters to knock them out, or even move objects to divert their attention.

Once dead, you can also haunt the surviving hunters, by slowing them down, for example, or by creating noises that could create a diversion. In short, on one side or the other, it will be necessary to play it intelligently and to use skills, weapons and other gadgets, which for an early access already have a rather decent number, in order to be able to achieve victory.

Still a little way to go

This results in very short and above all very fun games. Possession of objects and the possibility of making them fly through the rooms create incredible situations which, in a group, will inevitably trigger fits of laughter. As a hunter, the very slapstick side of starting a chase with a sofa is in itself very comical as well, as you can imagine.

So, early access requires, everything is not yet ready. We encountered a few sometimes blocking bugs in a game, and some weapons or gadgets will be more powerful than others to such an extent that once you have mastered the game a little, you will find little interest in exploring the other equipment, perhaps a little less efficient or useful for the cohesion of the group. This observation is also valid for both camps.

Note that, as it stands, it is more than recommended to be accompanied by 3 friends to fully enjoy the fun that Midnight Ghost Hunt can provide. Indeed, matchmaking is still very random and it will not be uncommon to find yourself alone at level 1 against a cohort of levels 22/30.

This means that you will have more difficulty understanding the mechanics of the game and above all, the team opposite, like your partners, will have very powerful weapons at their disposal, slowing down the games and therefore not allowing you to actively participate in the tasks likely to you get shards and thus expand your stuff.

So many small pitfalls that should be quickly rectified, and as it stands, Midnight Ghost Hunt remains a good pick for playing a fun multiplayer game.

With its fresh take on prop hunting, Midnight Ghost Hunt provides a fun, entertaining experience for quick games that should liven up some of your evenings with a lot of laughter.

There is certainly still a long way to go in the game to offer more cards, balance the different gadgets between them or resolve matchmaking wanderings, but as long as you have 3 game partners, you can already have fun for a few evenings to embody prey and predators and to explore the different possibilities offered by the gadgets and the architecture of the cards.

With even more content and a few tweaks, Midnight Ghost Hunt could be a hit in the future, as it’s no doubt as fun to watch as it is to play.