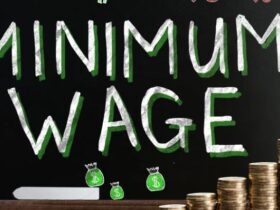 Which US state will have the highest minimum wage in the country in 2023?

Good news for New Jersey workers. The authorities of said entity announced an increase in the minimum wage of this entity of $1.13 dollars per hour as of January 1, 2023, which will mean a respite and support for the workers who fight day by day against the attacks Inflationary wages in the US With this increase, New Jersey’s minimum wage would be set at $14.13 per hour starting in January 2023.

Currently, the minimum wage in this state is $13 per hour.

On the other hand, the wages of tipped workers on a regular basis are also expected to rise. Currently, the wage for these employees is $5.13 per hour.

Why will the minimum wage in New Jersey increase in 2023?

The increase in New Jersey’s minimum wage in 2023 is part of the legislative program signed by Governor Brian Murphy to increase wages.

Since Governor Murphy took office as New Jersey State Leader in 2018, his administration has identified the minimum wage as one of the priorities for improvement.

The government expects that by 2024 the minimum wage will be $15 an hour for most employees.

For the year 2018, the minimum wage was $8.60 dollars per hour, which is why a normative work was initiated that had the purpose of increasing the income of the workers.

It should be noted that the wage increase plan established by the governor of New Jersey not only contemplates the wages of urban employees, but also of agricultural workers, as well as workers who receive tips during their working hours.

Under the Murphy Governor’s law, farm employers have until 2027 to establish minimum wages of $15 per hour for all New Jersey farmworkers.

On the other hand, temporary employers and small businesses have until 2026 to establish minimum wages of $15 per hour for their workers.

New Jersey salary increases are made based on calculations of the Consumer Price Index (CPI), or, in other words, based on inflation, which, during the month August of this year, registered an interannual rate of 8.3%.