Total capitalization has risen back above the $ 2.6 trillion mark. In the case of Ethereum, it rises above 1% and maintains its uptrend at $ 4200. Of the top ten cryptocurrencies, most are on the rise.

Bitcoin maintains its price around $ 62,000 after a 5% rise yesterday with the launch of its third Valkyrie Bitcoin Strategy ETF that began to go live on Nasdaq with a value of $ 25 with rise up to 3% while Proshares Bitcoin Strategy remains at $ 45.
Yesterday’s Bitcoin boost came from Elon Musk, the founder of Tesla who opened the door to accept payments in Bitcoins and Mastercard, who announced that his payment network integrates the option to buy, sell and hold. cryptocurrencies through integration with the Baktt platform.As for Tesla, in its September quarterly filing with the US Securities and Exchange Commission (SEC), the company stated that it ” could restart the practice of transacting cryptocurrencies in the future , “ which which suggests that Tesla is looking into the possibility of resuming support purchases made with digital assets.The optimism has carried over to the rest of the market, with gains for Ethereum and, in general, the top 10 cryptocurrencies by market capitalization presents a good outlook. Total capitalization has risen back above the $ 2.6 trillion mark. In the case of Ethereum, it rises above 1% and maintains its uptrend at $ 4200. Of the top ten cryptocurrencies, most are on the rise. Altcoins Cardano and XRP lead the rise to 3%.

Still, “the pullback of the past few days took some of the foam off the market after the launch of the ProShares ETF took it to all-time highs,” said Craig Erlam, an analyst at Oanda. “It appears that the rally is still significant and the cryptocurrency’s favorite billionaire has returned to backing up which may contribute to his success at the start of the week, much to the disappointment of other currencies waiting to kick in,” he adds.

Experts warn that the falls are nothing more than an occasion to buy bitcoin and other assets at a better price . Others also point out that the decline is due to a more than expected profit-taking movement after the large increases of around 50% in October.

” ‘Crypto’ is now aiming to hit $ 100,000 , something that appears to be close at hand by the end of 2021,” said Naeem Aslam, head of analytics at AvaTrade. “More money is flowing into the digital sector as more investors access exchange-traded funds (ETFs). The $ 72,500 and then $ 89,000 levels are short-term resistance levels,” he adds.

Investment products in digital assets received new funds last week totaling $ 1.47 billion, the highest figure recorded to date, in the heat of the debut of the US-listed fund BITO of ProShares. The previous weekly record came earlier this year, in February, with entries totaling $ 640 million.

With this data, inflows so far this year amount to $ 8 billion, far exceeding the 2020 record of $ 6.7 billion, according to CoinShares.

Bitcoin received 99% of the entries, which amounted to US $ 1.45 billion last week, of which US $ 1.24 billion were seen only in the US, where the new investment vehicle debuted.

Ethereum registered exits for the third consecutive week for a total of 1.4 million dollars “in what we believe is a small take of benefits, since the price is close to its all-time highs,” they comment from ProShares.

Other altcoins saw inflows, the most notable being Solana, Cardano, and Binance, which saw inflows totaling $ 8.1 million, $ 5.3 million, and $ 1.8 million respectively. 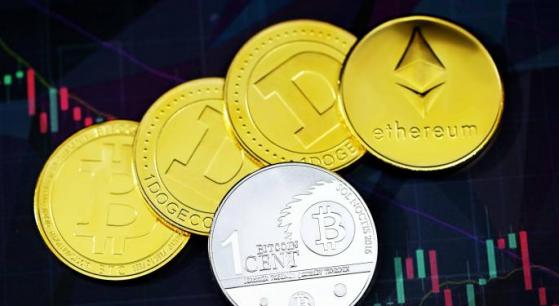 Ethereum and the next quote: Grayscale ETF?