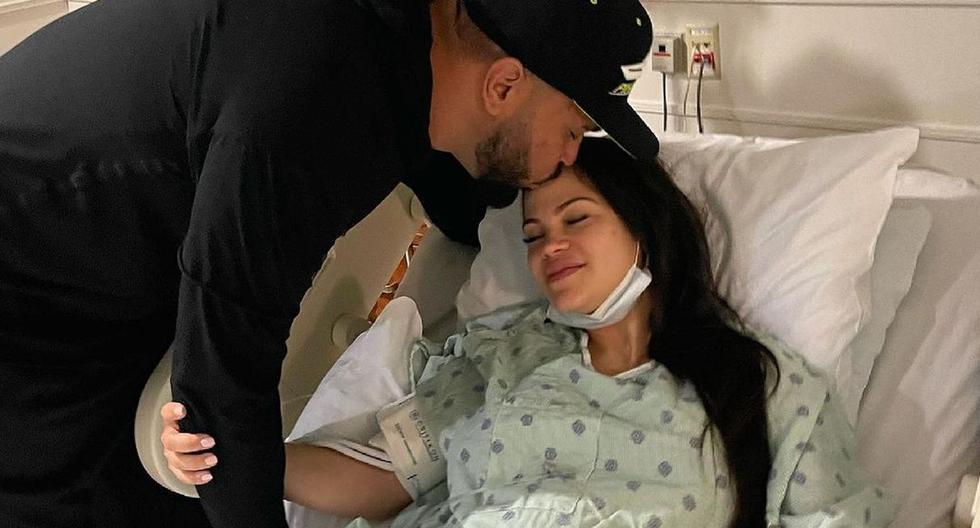 Users in networks complain about the delay of Anuel AA’s show in his presentation in Lima
Puerto Rican rapper, Emmanuel, better known as ‘Anuel AA’ He had a presentation in Lima, however, his delay in his show generated a lot of discomfort in the attendees, who made their complaint through social networks.

And it is that since it was announced in February of this year, that the singer would visit Peru on one more date of his tour “Legends never die” there was a lot of expectation around the singer, because his controversial love life after the breakup with ‘Karol G’ and his new song in collaboration with his current partner ‘Yailin la más viral’ put him in the eye of the media.

In addition, with his new album it was thought that it would be a definitive ‘sold out’, however, the initial ticket sales arrived and the singer could not replicate the feats achieved by his similar ones such as ‘Bad Bunny’.

The user called pao_alvaraddo on her Twitter account was one of the first people to complain about the delay in Anuel AA’s show.

“It’s like #Anuel doesn’t go on stage… the concert is going to end, only the opening act sings but he doesn’t even show up #scam #teleticket #peru”, It was the post that said user put on the social network Twitter.

User criticizes in networks delay of Anuel AA’s show
Another user named Benavides Luan was a little more aggressive and showed his annoyance at Anuel AA’s delay with a bluntness on his Twitter account.

The user named Steff also made her claim on networks for the long hours she waited for Anuel AA and said the following, attaching a photo of the concert and another of the singer’s stories from her Instagram: “The people waiting, meanwhile Anuel (referring to the fact that the delay is due to the fact that he is playing video games)”.

The complaints continued in networks and another user put the following: “Like Anuel didn’t come to the concert”, accompanied by a clown icon.

“Waiting for Anuel AA to arrive at the concert in Lima”wrote on Twitter with an image of a human skeleton, Cristian Sánchez.

Cristian Sánchez complained on twitter about the delay of Anuel’s show
“ANUEL HAS NOT ARRIVED AT THE JOCKEY CONCERT YET”was another post from the Twitter account called Marialeverse, which made his complaint felt about the singer’s delay.

Users continue to attack Anuel’s show delay
“That Anuel AA concert in Lima was a scam, the producer lost that money”said user Samuel on Twitter

Twitter users do not forgive Anuel AA’s delay in his Lima show
Anuel AA he arrived in Lima with his girlfriend Yailin The Most Viral last Saturday, May 21, on a private flight from Buenos Aires, Argentina. The Puerto Rican is considered one of the greatest exponents of urban music worldwide and decided to include Peru to perform live, delighting his thousands of fans with his successful songs such as Addict, China, La Jeepetaor in classics, She Wants to Drink and Keii.

Although the singer was never seen on stage, the news was confirmed by the reggaeton player on his Instagram account. Everything seemed to indicate that both did not want to separate for so long, since the tour “The Legends Never Die World Tour” has lasted several weeks.