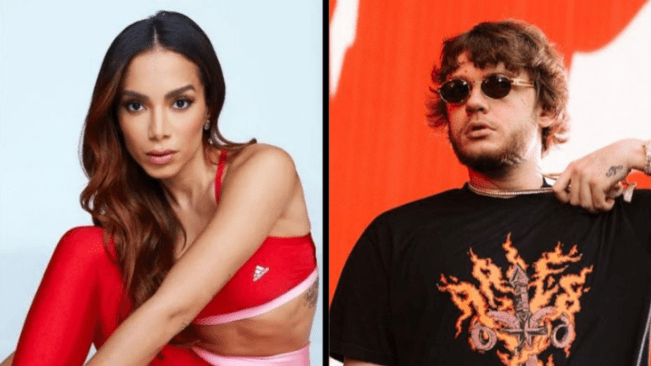 After weeks of feeding the mystery around a collaboration, Maluma and Firm Group They surprised their thousands of followers with photos and videos of their new song together. In addition, the Colombian singer caused a sensation by interpreting a well-known song from Vicente Fernandez.

It all started last September when Maluma sent a private video to Eduin Caz in social networks, a space where she invited him to work together. The vocalist of the group shared the message with his fans and, since then, both musical concepts did not stop with the winks about the possibility of releasing a song together.

During the night of last Tuesday, Maluma and Grupo Firme published a series of photographs and videos on their Instagram accounts, material with which they presumed that their collaboration is a fact and they have already recorded the video clip.

Grupo Firme uploaded images to its Instagram profile that belong to the recording of the music video. The postcards show the musicians and singers in a set inspired by the well-known Mexican cantinas. The place is named “Juancho’s inn”, In honor of the interpreter of Sober.

It is worth mentioning that all the atmosphere coupled with the fact that both the Mexican group and the Colombian singer wore boots and hats, caused Internet users to speculate about the genre of the song and, from the comment box, they expressed that it could be a band theme that will stand out with the already known musical style of Maluma.

Eduin Caz also published some photographs and revealed that the entire group traveled to Medellín, Colombia to record with Maluma. From his Instagram stories, the vocalist posted an audiovisual that he recorded upon the arrival of the reggaeton player, who was riding.

“The rest already know …”Maluma wrote in a photo he uploaded to his Instagram account. “Family, the bomb is ready. Everyone to comment on the photo with pure [emoji de bomba]”, Eduin Caz published on the same postcard that he took up in his stories on the platform.

After recording the video clip that It will be released next December 07, the party went on until late at night. Eduin Caz uploaded a video toasting with one of his colleagues while, thanks to a Maluma fan account, it was possible to hear the Colombian singer performing an iconic song from the Mexican regional.

It was about nothing more and nothing less than Here between us, one of the successes of Vicente Fernández. Maluma made the most of the presence of Mexican musicians in his native Colombia to sing the well-known song “Charro de Huentitán.” In the short audiovisual fragment you can see the representative of the urban genre following the lyrics from his mobile device, in the background the musicians of Grupo Firme are heard while the members chorus.

On the other hand, an issue that caught the attention of Internet users and Maluma fans was his look, since the 27-year-old singer wore black pants, a shirt of animal print In zebra, a leather jacket and a cowboy hat, an outfit that is not part of his usual style.

The image of Maluma set fire to social networks and unleashed a wave of flattery. His followers were shocked with how good he looked with that look and took advantage of Twitter to publish photographs of the interpreter with some comments that revealed the attraction he generated among his fans.

“Maluma cowboy is my weakness”,” In the pedas I am Maluma “,”Maluma buchón was what was missing in my life”,” Maluma dancing to the sound of rage gave me 100 more years of life “,”Maluma, what are you doing? What, do you want me to fall in love ?, well yes baby”Were some of the tweets he received.