In the two hours that the businessman took to confirm that he was still "committed to the acquisition", the shareholders were upset.

Nintendo will have no rights to the WiiU.com site

And Elon Musk did it again. A 167-character message – in English of course – on Twitter was enough to upset the international financial world on Friday and the weekend, and especially the investors of that social network. “Twitter deal temporarily suspended pending details supporting calculation that fake/spam (social network) accounts account for less than 5 percent of users,” the world’s richest man tweeted. Two hours later, he posted: “Still committed to acquisition.”

Although the last sentence is positive and not a goodbye to the operation of 44 billion dollars, surely in those two hours between the aforementioned two tweets, many shareholders experienced a roller coaster of emotions and with their cell phones red hot. The reaction of the financial market was immediate and tangible. Twitter shares were initially down as much as 25 percent before the opening of trading on Friday. That is, they reached a price of less than 35 dollars, a figure well below the 54.20 dollars per share that Musk offered for that social network when he announced the purchase. Then the situation stabilized: they fell 10.6 percent in premarket trading to $40.30. That percentage marked the largest decline in the price of said shares since October 2021.

The straw and the wheat. Elon Musk’s personal account has about 92.8 million followers and through it he reported a few days ago his project to build a subscription model for Twitter, he also mentioned the verification of all users. Apparently, it is a subject that occupies him or with which he distracts. Twitter users who monetized content in the last quarter of 2022 are, according to a company report, about 229 million accounts. If that number is taken as the volume that Elon Musk wants to separate fake or spam from real, about 11,450,000 accounts would have to be discarded.

Also a few days ago, the millionaire said that investors had contacted him to commit to investing some seven billion dollars in new financing for his purchase of Twitter, he was even in talks for Jack Dorsey – co-founder of the network – to join to the directory. Dorsey had been left out of it a few months ago – in November 2021 – forced by a well-known millionaire in Argentina, Paul Singer, founder of the Elliot Management vulture fund, and a weighty shareholder in the social network.

Actions and dismissals. The three directors mentioned are listed within the company and in case Elon Musk and his team decide to replace them, these exits have a price. In the case of Jack Dorsey – if he chooses an outlined invitation to an important position in the board of directors – it is estimated that he will have to collect some 978 million dollars for his 2.4 percent share. Parag Agrawal, who replaced him as CEO, would receive about 38.7 million dollars, plus an additional 7 million for shares and compensation inherent to his position. In the case of Bret Taylor – who went from Facebook to Twitter in 2016 to a position on the board of directors – the “moderate” sum of three million dollars corresponds to his shareholding percentage. Those values ​​were taken based on the stock value at the time Musk confirmed his proposal to pay $44 billion for Twitter. Yesterday, Friday, for two hours, these compensations suffered a considerable decrease. There is another possible scenario that could affect these figures: If Musk decides to stop “being committed to the acquisition”, he would have to pay about a billion for contract termination, a minimum figure for someone like him who has a fortune of 220 billion dollars. 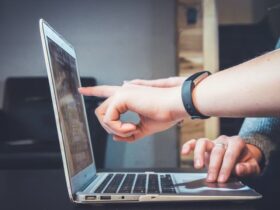