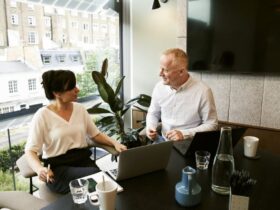 Explaining The Role Of Technology Consultant And Why Hire One

SHANGHAI/HONG KONG, Jan 7  – Ant Group founder Jack Ma will cede control of the Chinese fintech giant in a shakeup to end pressure from regulators, which came shortly after that its gigantic stock debut was canceled two years ago.

Ant’s $37 billion IPO, which would have been the world’s largest, was scrapped at the last minute in November 2020, leading to a forced restructuring of the fintech firm and speculation that the Chinese billionaire would have to cede control.

Although some analysts have said that a handover could clear the way for the company to revive its IPO, the changes announced by the group on Saturday, however, are likely to result in a further delay due to regulations.

China’s domestic A-share market requires companies to wait three years after a change of control to list. The wait is two years in the Shanghai STAR market and one year in Hong Kong.

Ma, a former English teacher, previously held more than 50% of the voting rights in Ant, but the changes will see his stake fall to 6.2%, according to Reuters calculations.

Ma only owns a 10% stake in Ant, a subsidiary of e-commerce giant Alibaba Group Holding Ltd, but has exercised control over the company through related entities, according to Ant’s 2020 IPO prospectus.

Hangzhou Yunbo, an investment vehicle of Ma, had control of two other entities that hold a combined 50.5% stake in Ant, according to the prospectus.

Ma’s handover of control comes as Ant nears completion of its two-year regulatory-driven restructuring, and Chinese authorities are about to fine the company more than $1 billion, according to Reuters reported in November.

The long-awaited sanction is part of Beijing’s unprecedented crackdown on the country’s tech titans over the past two years, which has reduced their value by hundreds of billions of dollars and dented their revenue and profits.