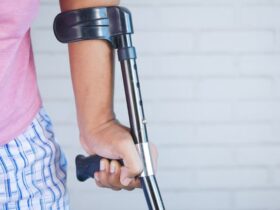 YouGov, a company that is dedicated to market research and data analysis, conducted a survey to determine which are the favorite supermarkets of Americans

When we talk about supermarkets and retailers, we may think that Walmart and Target are the favorites of most Americans, but this new report is revealing that this is not the case. This research was done by YouGov reveals that Aldi ranks first.
YouGov is a company dedicated to market research and data analysis, in its latest report they explain that the favorite supermarket of the moment is Aldi, a chain of German origin that has around 2,300 locations throughout the United States. The results show that it was the favorite for people who are classified as Millennials (those who were born between 1982 and 1999).

Aldi came in first place, dethroning stores like Target and Walmart, with a popularity rating of 65%. When YouGov rates popularity, it refers to the “percentage of people who have a positive opinion of a grocery store.”

If you break down the results by gender, then Aldi is the women’s favorite while Trader Joe’s is the men’s choice.

The general count was as follows:

If you want to read the full report, you can enter the following link.