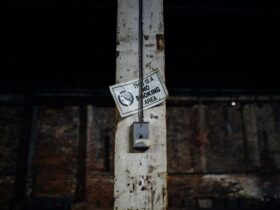 A Look at Smokeless NRT Options and How They Work Currently, a United States airline already offers free Wi-Fi to its customers and two other, larger ones are about to expand this service. In Just Money we tell you more
When you travel, especially on a plane, you know that for the duration of your journey you will be disconnected from the outside world. And it is that, although you are allowed to use some electronic devices at certain times, very few offer you internet service while you fly. However, three airlines in the United States give it to you and the best thing is that it is totally free.

In Globe Live Media we are going to talk about these three companies. Don’t waste time taking notes!

1.- Delta Airlines
On January 5, 2023, the company of American origin announced that it would offer free internet to all its travelers who join its rewards program called SkyMiles. This will be possible thanks to a partnership that they will sign with T-Mobile.

Although Delta Airlines does not yet offer the free Wi-Fi service on its flights, it is about to launch it: as of February 1, 2023, it is a benefit that you can find available on most of the flights that it operates.
The international expansion of this service is scheduled for the end of 2024. With this step, Delta Airlines will become the first large US airline to offer free high-speed Wi-fi to all its passengers in a large part of its domestic network .

Delta currently charges almost $50 per month for Wi-Fi on its flights within North America and $70 on international flights.

2.- Hawaiian Airlines
In 2022, Hawaiian Airlines announced that it will team up with Starlink, Elon Musk’s SpaceX satellite broadband service, to provide its passengers with free internet access on all flights from Hawaii to anywhere in the United States. , Asia and Oceania.

Although the date of this service is not yet clear, the airline of American origin promised that they are working to make it happen sometime in 2023.

3.- JetBlue
It is the first airline that provides internet to its passengers on board its flights, since it has been doing so since 2017. Currently, this service is available on all flights it operates in the United States and on some planes that fly to and from the Caribbean and Central America.

JetBlue’s Airbus A321 Long Range aircraft offers Wi-Fi service to and from London.
Its Wi-Fi is high speed (about 20 Mbps) on every flight. The service is provided free of charge to all who travel. It allows video transmission at those speeds.