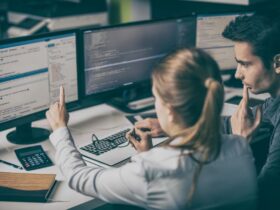 In total, 98 cities in the United States currently have Universal Basic Income pilot programs underway. In Globe Live Media we tell you who it is
Stimulus checks have been the economic relief of millions of people in the United States for many years, but with the Covid-19 pandemic, their popularity has increased. Although so far there is no federal stimulus check on the way, many states have decided to grant their own financial aid: currently, 98 cities in the country have universal basic care pilot programs or are planning to apply one.

These incentives are called the Universal Basic Care (UBI) Pilot Program, whose goal is to lift millions of people out of poverty. According to the Census, in 2021, there were 37.9 million people living in poverty in the country.
Generally, in a UBI, payments are made on a monthly basis with previously established amounts, according to the personal situation of each qualified person. The money that is granted is in cash, in addition to the fact that it is paid directly in a check.

Being a city in a pilot program means that it is being tested for a few years, which will vary depending on the entity, in order to make it permanent after this previous period of time. More and more cities in the United States are encouraging themselves to create a space like this for their low-income families.

What cities have a pilot program or plans to start it?

According to an investigation by The Ascent, there are 98 cities in the United States that have an active plan or are about to start it. Do you live in one of them?