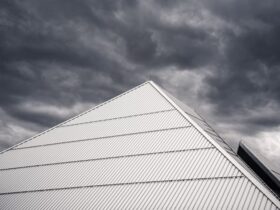 Casino gaming has undergone a revolution in the last two decades. Formerly locked to physical locations, the arrival and then domination of online systems have pushed casinos into the online frontier, where they’re only continuing to expand. As part of an ever more ubiquitous ecosystem, the strong relationship between online casinos and our online world has driven them into the realm of pop culture, in what is increasingly becoming a new status quo.

An Evolution of Accessibility

Modern digital casino games like online slots are easier to access and play than ever before. As has been seen in music, movies, and television, direct access from mobiles, computers, and even some smart TVs has meant jumping in is quick and devoid of hurdles. Games like Narcos Mexico, Luck is in the Air, and Book of Kings don’t require separate downloads from the website, they don’t require powerful devices, and they don’t rely on huge data allowances.

On a technological front, two aspects drive access to modern casino gaming to the masses. The first of these is the hardware of digital devices. Over time, as semiconductors shrink and new systems are invented and implemented, computer chips inevitably become more powerful. This progress trickles down to home electronics, as they become faster and more capable.

Caption: Even the iPhone 11 to iPhone 12 include an appreciable step up in capabilities

The second aspect driving the progress of casino games is the software, best illustrated by HTML. This backing online tech has allowed mobile casino games to integrate with basic web pages, forgoing the former need for casino downloads.

For the player, accessibility is also about finding the right titles to play. This is reflected in the types of games that succeed at different times in the year as pop culture trends dictate. Depending on the zeitgeist, some games may only see a small amount of time in the sun, while others could enjoy yearly popularity which works in cycles.

Casino games based on popular culture and holidays are among the most common and widely loved, finding themselves in four main subsets. Holidays are some of the safest bets here, as our culture always loves to celebrate time off and special occasions to share with friends and family. Since holidays tend to lend themselves to ostentatious displays, using them as a theme, as Luck is in the Air did with Valentines’ Day, is usually easy to manage.

Music can be a little more complicated considering its limited visual scope, but there are still ample opportunities in translating this part of pop culture to online casinos. Bands with iconic styles like Kiss, Motörhead, and Megadeth have all had their designs used as a basis for slot games. Combined with music taken directly from their libraries, this combination has been an especially popular route for timeless rock bands.

Caption: Kiss’ style makes the band a strong fit for other types of media

Film and television entries in casino games can be the most immediately recognizable for pop culture fanatics. Narcos: Mexico, Mad Max Fury Road, and A Nightmare on Elm Street are all successful examples here, building on releases with worldwide appeal. Though there is some risk down the line that slot based on these forms of media might fall into obscurity if the property does, these examples follow IPs that have stayed popular for years. In other words, provided the developers and websites choose carefully, these slots becoming unknown isn’t much of a risk.

Video games, though constant sequels, also work with long-lasting names. Some popular slots based on video games include Space Invaders (released in 1978), Resident Evil (1996), and Hitman (2000). Already placed within a digital medium, transferring these titles to slots is easier than with many other pop culture efforts, often including scenes cut from the games. As skill-based slots continue to grow in popularity, this avenue is likely to see rapid expansion in the next few years.

Building on the idea of casino games made from established movies and television are those developed in conjunction with new or ongoing releases. Though these will eventually have to wage the same sort of war for continued popularity that all casino games must, in the short term, they act as a form of merchandising.

Shows like Joe Exotic have been unexpected smash hits, receiving millions of viewers and instantly establishing themselves as part of the pop culture conversation. Releasing a slot based on a show like this while it’s still hot has proven an effective way for the show to spread its wings, and maybe even serve as an introduction to some.

Similarly, exiting slots could also be used to draw attention to coming shows. The Vikings television series ran for six seasons, for example, with a slot already developed for its run. With a sequel, Viking: Valhalla having premiered in 2022, the older Vikings slot has again been given top billing in many online casinos, to capitalize on another resurgence of interest.

Whether looking at comic books and movies, video games and television series, or slots with music, we’re living in an unprecedented age of media openness and connectivity. Though the age of small self-contained projects still exists, on a larger scale, the future is one where pop culture pulls mass media together.

Casino games find themselves in a unique position in the new pop culture landscape. They’re small enough that developing them won’t break the bank, yet they’re popular enough that they can have a real effect on an IP’s bottom line. Backed by these aspects, it’s perhaps no surprise that casino games are finding themselves and increasingly relied upon as part of the new media landscape. For fans of gambling and pop culture, the 2020s are going to be some of the most rewarding yet, regardless of how you choose to engage.