The BAT Hall of Popular Art, ‘Colombia and the Environment’ opens its call for empirical artists from the country

The book ‘Ja’, written by a neuroscientist, reviews the science of when we laugh and why

On Tuesday, January 30, 1962, three female students from a religious boarding school in Kashasha, Tanzania, burst out laughing. His laughter was so contagious that the companions with whom they passed were also laughing. The laughter spread from classroom to classroom, infecting half of those present at school. Almost a hundred people couldn’t stop laughing. Weeks went by and people kept laughing. The school had to close. The girls who returned to their homes in other towns infected their neighbors. The laughter epidemic reached Nshamba, a town of 10,000, where hundreds of people laughed. In total, 14 schools had to close and 1,000 people suffered outbursts of uncontrollable laughter. The epidemic disappeared 18 months after its onset and was described ina 1963 scientific study published in the specialized journal Central African Journal of Medicine .

The case is recalled by neuroscientist Scott Weems in his book Ja. The Science of When We Laugh and Why , published by Taurus Publishing. “ Ja is about an idea. The idea is that humor and its most common symptom – laughter – are by-products of having a brain that is built on conflict, ”Weems writes. The human brain, he explains, constantly anticipates events and generates hypotheses. “However, it sometimes leads to conflict, for example when we try to hold two or more contradictory ideas at the same time. When that happens, our brain can only think of one thing: laugh ”.

Drawing on a bibliography of 135 scientific studies, Weems describes humor as “our natural response to conflict and confusion.” The neuroscientist, trained at the University of California in Los Angeles (USA), recalls that, just a week after the attacks of September 11, 2001, the comedian Gilbert Gottfried was performing at the Friar’s Club in New York. In the city it still smelled burning. His colleagues who had preceded him on stage had not touched on the subject of terrorist attacks. They had just joked about the penis size of the evening’s guest of honor, Playboy magazine founder Hugh Hefner. But Gottfried broke down when the public celebrated one of his Muslim jokes. Leaning into the microphone, he proclaimed:

“I have to go soon tonight.” I have to fly to Los Angeles. I have not been able to get a direct flight and I have to make a stop at the Empire State Building.

Everyone gasped. The silence was followed by boos and shouts of “It’s still too early to joke about that!” Gottfried, a comedian with two decades of onstage experience, faced an outraged audience but was undaunted. Looking at the attendees, he started a new joke:

-Very well. A talent scout is sitting in his office. A family enters: a man, a woman, two children and a puppy. So the talent scout asks, “What kind of show are they doing?”

What followed was a succession of eschatology, bestiality, incest and depraved sex without taboos, “literally the dirtiest joke in the world,” according to Weems. The audience burst into laughter. “The performance was so memorable that someone made a movie about the joke, with Gottfried’s performance as the climax, called The Aristocrats, ” he recalls.

When can you joke about a tragedy? Where are the limits of humor? Weems recalls that in 1986, after the explosion of the Challenger space shuttle with seven crew members on board, a joke became very popular: “What does the acronym NASA mean? We Now Need Seven Astronauts ”. One study showed that jokes about the tragedy emerged about 17 days after the accident. The death of Princess Diana of Wales had a shorter latency period. And the one with the 9/11 terrorist attacks was much longer. Study author Bill Ellis of Pennsylvania State University classified the jokes about the Challengerby date and place of appearance. The accident was on January 28, 1986. On February 22, in the city of Shippensburg this joke was told: Do you know what the official drink of NASA is? Seven Up (seven up, in English).

“Our fascination with dark humor is demonstrated by the immense variety of tacky jokes – those involving the Challenger , AIDS and Chernobyl, to name just a few,” says Weems. Armed with publications in specialized magazines, the neuroscientist maintains that black humor is not cruel. “Inventing alternatives that explain the acronym AIDS is fun for some people, but yelling Ha ha, you’re sick! in a cancer ward it is not funny to anyone. We laugh at jokes about groups or events only when they provoke complex emotional reactions, because without those reactions we have no other way to respond, ”he reflects.

“There is not a single joke that everyone likes. Humor is idiosyncratic because it depends on what makes us all unique: how we deal with the discrepancy that reigns in our complex brain ”, he emphasizes. The best proof is an experiment carried out by psychologist Richard Wiseman of the University of Hertfordshire (UK). In 2001 he started a website with the help of the British Association for the Advancement of Science, with the aim of finding the funniest joke in the world . It received some 40,000 jokes and a million and a half votes. The winner was:

Two hunters from New Jersey are walking through a forest when one of them collapses. He gives the impression that he is not breathing and his eyes are glassy. The other picks up the phone and calls the emergency service. He gasps, “I think my friend is dead! What should I do?”. The operator replies: “Calm down. I will help you. First, make sure he’s dead. ” There is silence and then a shot is heard. Back on the phone, the hunter says, “Okay, now what?”

The funniest joke in the world is not very funny, Wiseman and Weems agree, and that has a scientific explanation. “Since not everyone likes jokes to be provocative, the most popular jokes tend to cluster close to, but still below, the most common provocative threshold. If a joke far outweighs you, some people will burst out laughing and others won’t laugh at all. If it’s too short, everyone will stay cold, ”says Weems.

Wiseman’s experiment served to draw a few conclusions about the jokes. The funniest had an average of 103 letters. The funniest animal was the duck. The most disgusting time of the day is 18:03. And the funniest day of the month is the 15th. In terms of nationality, Americans showed “a clear affinity for jokes that included insults or vague threats.” This joke in English about a Texan and a Harvard graduate was very appreciated in the United States and little outside its borders:

—Harvard graduate: From a place where we don’t end sentences with a preposition.

Europeans, on the other hand, showed a predilection for absurd or surreal jokes, like this one:

One patient says: “Doctor, I had a Freudian slip last night. I was having dinner with my mother-in-law and I wanted to say, “Could you pass me the butter?” But instead I said, “You stupid cow, you have completely destroyed my life.”

This other joke was liked by more than half of the men, but only 15% of the women:

A police officer stops a man on the highway. The agent asks him: “Do you know that your wife and son fell out of the car a kilometer ago?” The man smiles and exclaims: “Thank God! I thought I was going deaf! “

“Humor – especially offensive humor – is idiosyncratic. They each have their own threshold of what they consider offensive and react very differently when that threshold is crossed, ”says Weems. In the pages of Ja , the neuroscientist recalls the theory of physician Sigmund Freud that humor is our way of resolving inner conflict and anxiety. “Although few scientists today take Freud seriously, almost everyone recognizes that there is at least some truth to his theory. Jokes that fail to make us even a little uncomfortable do not succeed. It’s the conflict of wanting to laugh, and at the same time not being sure if we should, that makes the jokes satisfying, ”says Weems.

Regarding the Tanzanian laughter epidemic, the author believes that “it would be easy to say that the girls simply experienced a nervous breakdown”. One interpretation holds that they suffered a mass hysteria caused by the stress of great social change. In December 1961, the country had become independent from the United Kingdom and the school had abandoned racial segregation. In addition, the students were adolescents, in full puberty, and the pressures were tremendous, according to Weems.

“By asking them to live in two worlds at the same time – neither British nor African, neither black nor white, neither adult nor child, but a combination of both – they failed to get by. But laughter is not a nervous breakdown. […] It is a fighting mechanism, a way of facing conflict. Sometimes that conflict is presented in the form of a joke. Sometimes it is something more complicated ”. Elon Musk’s 5 new predictions that could change the world 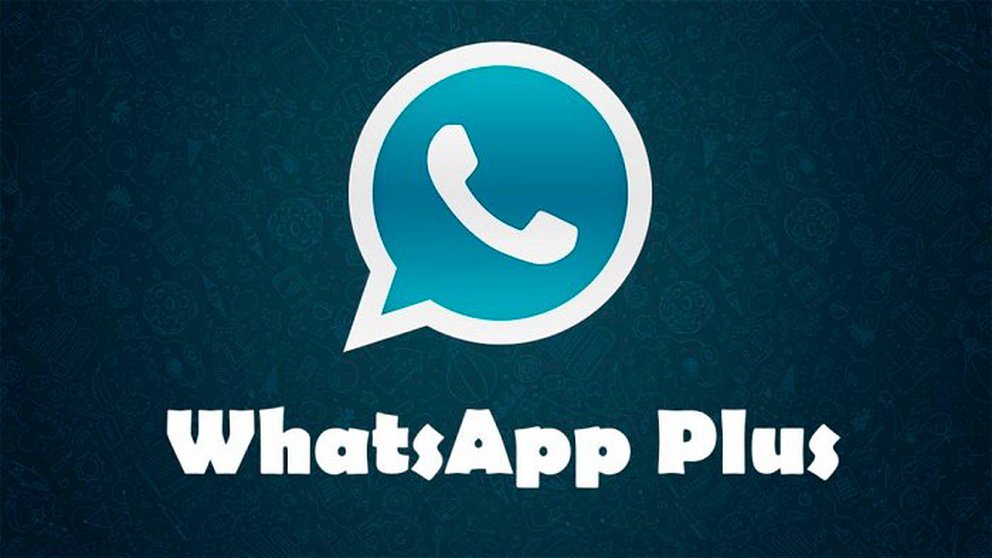 WhatsApp Plus: how to download this new version and everything it offers to its users La Catrina: The dark history of Day of the Dead’s immortal icon 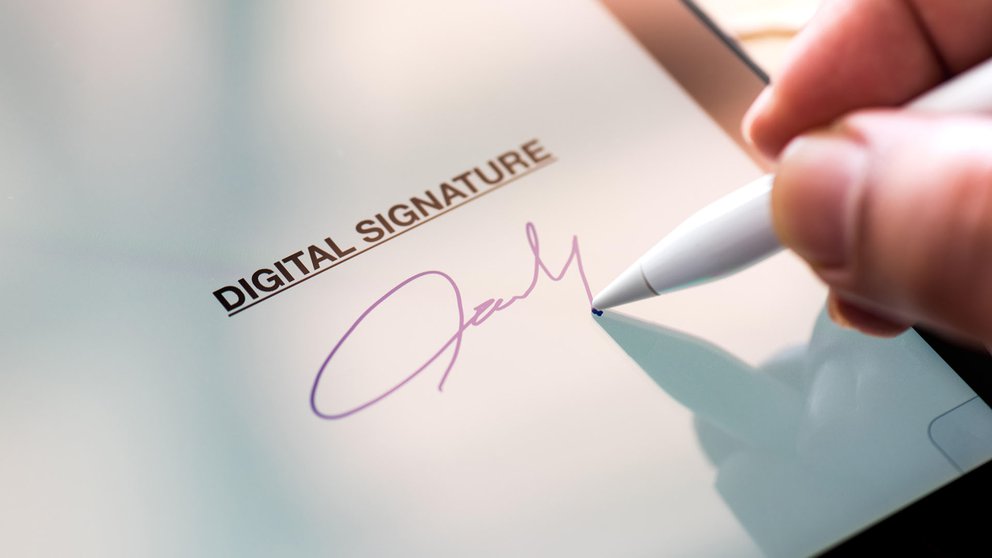 How to Digitally Sign a PDF Document on Your Smartphone