From the European office of the organization they insist on the traceability of the cases "to control the potential for greater transmission." There are already outbreaks in some 17 countries totaling almost 150 infections 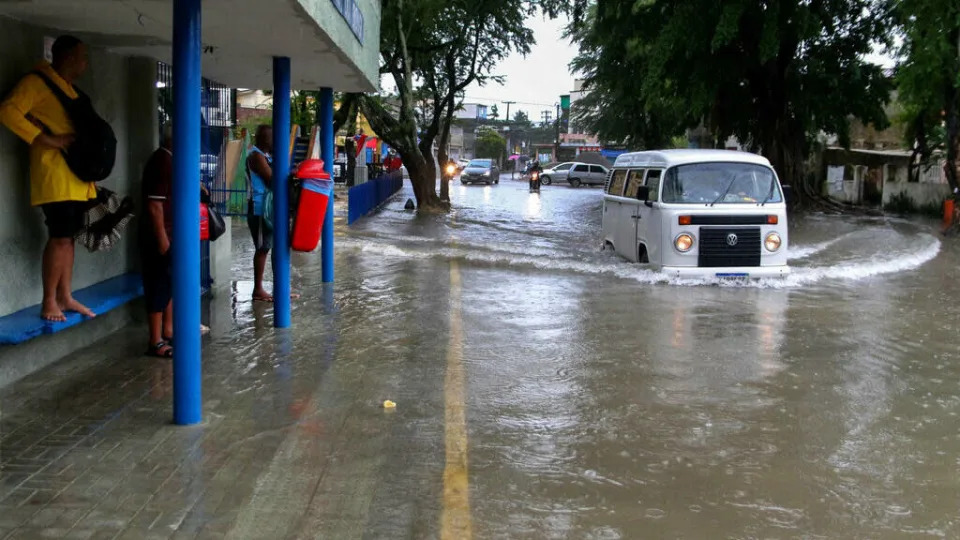 Residents count the dead after torrential rains in the Recife region

The case count increases every day and new ones are added to the total of countries. The World Health Organization ( WHO ) warns that ” the current situation is worrying because it does not resemble the typical patterns we have seen before with monkeypox .” This has been transmitted to EL MUNDO Tarik Jasarevic , spokesman for the European office of the international organization.

However, it sends a reassuring message, stating that ” monkeypox does not generally spread easily between people, as it requires close physical contact. This outbreak is manageable as the risk to the general public appears to be low. However, immediate action is required from countries to control the potential for further transmission .”

This situation has changed the plans of the WHO on the recovery of the smallpox vaccine against this infection. “Until now, the WHO had only better vaccinated smallpox as a preventative measure or in selected people at risk (laboratory workers, first responders); we were set to review this guidance with the Immunization Expert Group (SAGE) in October. this year, so it will be necessary to speed up the timetable,” Jasarevic stresses.

The WHO notes that “smallpox vaccination has been shown to protect against monkeypox . A new vaccine against smallpox and monkeypox has been approved , but is not yet available in much of the national stockpile of countries. ” they are offering vaccines to actual or potential contacts.” This is in response to scientific evidence showing that the varicella vaccine in adults (before 1980) protects people by up to 85%.

In yesterday’s WHO record, the total number of monkeypox cases confirmed in recent weeks in non-endemic countries now rises to 131, with another 106 suspects. The countries that have reported the most infections are Spain (40), Portugal (37) and the United Kingdom (20). The cases have been confirmed so far in 17 countries, mostly European, although infections have also been identified in Pakistan (2), Israel (1), Canada (5), the US (2) and Australia (2), the WHO during a technical session of the current annual assembly of the organization.

For the WHO, the problem with this zoonotic infection is that ” in recent years, we have seen outbreaks in the Central African Republic, the Democratic Republic of the Congo, Nigeria. We have seen sporadic exported cases (less than 10 cases) to other countries from Nigeria. But it is unusual to see so many cases in other countries and to see person-to-person spread in non-endemic countries,” Jasarevic explains.

The differences in the general pattern of contagion observed in most countries (men who have sex with men) and the transmission of the infection between people without jumping between species or with a travel origin to an endemic area are what are of concern in the appearance of outbreaks in different countries . ” Monkeypox is endemic in several countries and is occasionally identified in other countries in a traveler. However, this is the first time that cases have been reported in different countries that normally do not have the disease at the same time without any link to travel from endemic countries,” says Jasarevic. ” There is a need to understand the factors that contribute to transmission in non-endemic countries.The priority now is to stop the broadcast.”

In this week of ‘explosion of cases’, the WHO has insisted on tracing, “but patient zero has not yet been traced ,” laments the WHO spokesman. And for this reason he insists that ” intensive public health measures must continue in the countries that have identified contagions. In addition to the traceability of contacts and sources, the search for latent infections and local surveillance of exanthematic diseases in the affected community and in general, as well as in primary and secondary health care settings”.

For this reason, he stresses that “any patient with suspected monkeypox should be investigated and isolated (and cared for) during the presumed and known infectious periods, that is, during the prodromal and exanthematic stages of the disease, respectively.” And it warns that all ” countries should be vigilant for signs related to patients presenting with an unusual vesicular rash or pustule , often associated with fever, in a variety of health care and community settings, including, but not limited to, primary care, fever clinics, sexual health services, and dermatology clinics.

At the start of the summer season, he recalls that “travelers should be encouraged to report the disease during the trip or upon return to a health professional, including information on all recent trips and vaccination history.”

And, in addition, Jasarevic recalls that animals are a reservoir of the pathogen. Therefore, “residents and travelers to endemic countries should be advised to avoid contact with sick animals (alive or dead) that may harbor the monkeypox virus (rodents, marsupials, primates) and to refrain from eating or handling game animals (bush meat).” Here, he makes a point in lessons that we should have already learned with the Covid, “the importance of hand hygiene through the use of soap and water or alcohol-based sanitizer must be emphasized.”

It also affects the correct protection of health professionals. “They should be given recommendations to implement standard, contact, and droplet infection control precautions.” At the same time, it stresses that “samples taken from people with suspected monkeypox or animals with suspected monkeypox virus infection must be handled by trained personnel working in properly equipped laboratories.”