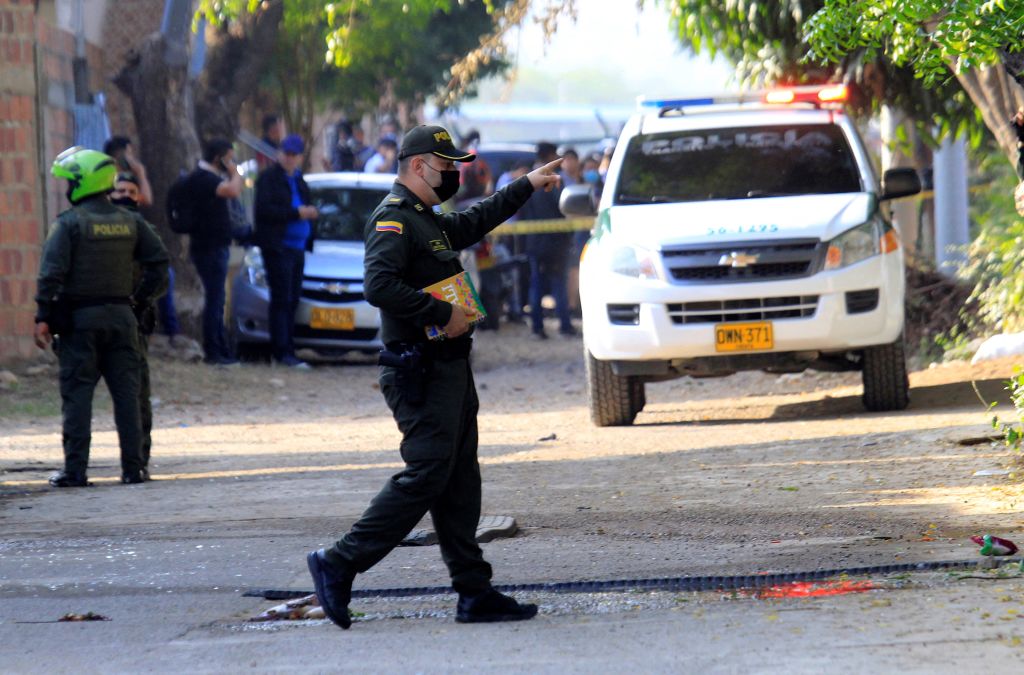 They capture several suspects of attack at Cúcuta airport

The UN General Assembly on Thursday approved suspending Russia from the organization’s Human Rights Council over allegations of horrendous human rights violations by Russian soldiers in Ukraine, which the United States and the Ukrainian government have said are crimes of war.
It was an unusual, if not unprecedented, rebuke against one of the five veto members of the United Nations Security Council.

US Ambassador to the UN Linda Thomas-Greenfield called the vote a “historic moment,” telling the assembly: “We have collectively sent a strong message that the suffering of victims and survivors will not be ignored” and that Russia must be held accountable “for this unprovoked, unjust and inadmissible war.”

Thomas-Greenfield launched the campaign to suspend Russia from the UN Human Rights Council after videos and photos emerged showing the streets of the Ukrainian city of Bucha with scattered bodies of civilians after the withdrawal of soldiers. Russians. The deaths have sparked global outrage and calls for harsher sanctions against Moscow, which has steadfastly denied that its soldiers are responsible for the deaths.

Russia is the second country to be suspended from the human rights council. The other, Libya, was suspended in 2011 by the assembly when longtime leader Moammar Gadhafi was ousted amid a revolt in that North African nation.

The Human Rights Council, based in Geneva, is in charge of detecting violations of said rights and approving investigations into them, and carries out regular reviews of the human rights situation in the 193 nations that make up the UN.

It has created commissions of inquiry—which provide its highest level of scrutiny into rights violations and abuses—for conflicts in Ukraine, Syria, the Palestinian territories, and elsewhere. He has also set up information-gathering missions in places like Libya, Myanmar and Venezuela.

The vote on the US-initiated resolution to suspend Russia was 93-24 with 58 abstentions, significantly less than two resolutions the assembly adopted last month calling for an immediate ceasefire in Ukraine, the withdrawal of all Russian soldiers and the protection of civilians. Both resolutions were approved by at least 140 countries.

Russia’s Deputy Ambassador Gennady Kuzmin said after the vote that Russia had already withdrawn from the council before the assembly took action, apparently anticipating the outcome. Rolando Gómez, spokesman for the council, indicated that with his early retirement Moscow avoided being deprived of observer status in the rights body.

Kuzmin said the Kremlin considers the resolution’s passage “an illegitimate and politically motivated move” by a group of countries with “short-term political and economic interests” that he accused of “flagrant and massive violations of human rights”.